Government Government and Society Politics
Save to my profile
The business vote prevails as the Conservatives secure a surprise majority, but uncertainties loom in the face of an EU referendum. 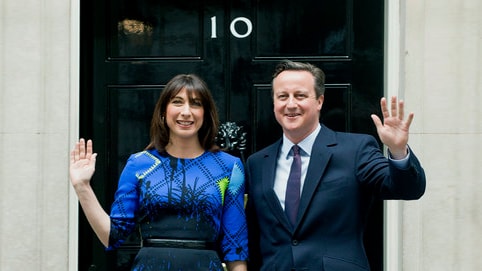 UK business is stable, for now at least.

Energy and banking stocks were among big winners as the market rallied at news David Cameron will serve a second term as Prime Minister - a solid illustration of the business world’s dependence on stability and consistency.

Worries over Ed Miliband’s proposed interventions into labour, the energy and housing markets - not to mention a pledge for higher taxes for top earners - can be put to one side.

But as BT Chairman Mike Rake vocalised pre-ballot, there was never a problem-free option for UK companies: “One party hates business, the other party hates Europe”.

Julian Birkinshaw, Professor of Strategy and Entrepreneurship at London Business School, reminds us it’s the UK’s relationship with Europe that will shape the future of UK business.

While David Cameron and many in his party may not favour a break from the EU, he will not rest until he’s enabled a referendum to decide it.

This was a headline Tory pledge reiterated throughout this year’s campaign and likelihood points to a national poll before 2017 – are we in or are we out?

It is clarity on this decision - re-affirmation of the country’s membership of the EU - that business voters now need as a priority.

Professor Birkinshaw argues it is the uncertainty a debate will provoke among investors - rather than any real threat of an ‘out’ vote - that will damage business the most.

“How this referendum plays out depends a lot on the promised re-negotiations with Europe over the terms of the UK’s membership,” he says. “And it is a fair bet that these negotiations will extract no substantive concessions.

“So we can expect a fraught couple of years, leading eventually to a referendum which, like the Scottish independence vote, will end up supporting the status quo. But the uncertainty this creates for business will be huge.”

It is the fear of losing that openness to foreign investment and overseas talent that understandably troubles businesses so much.

Since the financial crisis, the UK has enjoyed bullishly business-friendly freedoms across Europe and many believe this to be the hallmark of our relatively successful recovery.

So in an economy that relies so heavily on direct investment from countries like Japan, US and China - will the UK be able to prop itself up as it wavers around the Europe question?

As Professor Birkinshaw points out: “Is Toyota going to put its new Lexus plant in Derby? Or will it go somewhere else in Europe? Some of these decisions will go against us, which costs us jobs.

“American or Japanese multinationals looking to invest over here will think twice before committing to a country that cannot decide if it wants to be part of the European single market.”

Nowhere will the clamour to stay part of the EU be more fervent than in the City and among the country’s financial establishments.

And businesses in these industries will demand a more balanced view on the role of financial services in the UK economy.

“The pendulum has swung from undue freedom to excessive regulation, and we need to find a middle ground, otherwise one of the UK’s most successful industries will be driven overseas,” Professor Birkinshaw claims.

Indeed, this feeling that the City’s status as a global financial centre could come under threat is surely set to dominate lobbying around the referendum.

While the economy was billed as the keynote issue for this year’s battle, other themes, like Europe, claimed centre stage. Chiefly, a surge of nationalism - most starkly apparent in Scotland - also has implications for industry.

Professor Birkinshaw notes that this greater push for federalism in the UK adds an extra layer of obstacles.

“The SNP’s surge means that the granting of further powers to Scotland is inevitable, and on a fairly rapid timeline, which in turn means policies about English votes for English laws,” he says.

“Business is not dramatically affected here, but a significant number of industries with strong Scottish elements (oil & gas, financial services, electronics) will be watching very carefully as federalism unfolds.”

In light of all this, David Cameron’s strength of leadership in working with Eurosceptic party members - and alongside potentially hostile SNP Parliament members – may well prove to be the attribute that defines his legacy.