Business executives can learn from the failings of the EU 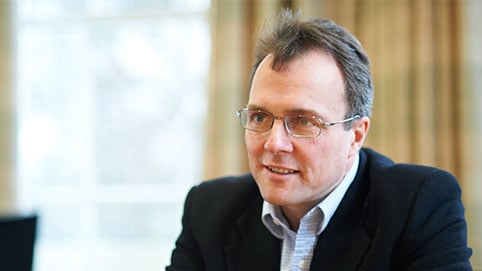 Business executives can learn from the EU’s failings following Britain’s vote to leave the EU, a London Business School expert has said.

“Brexit isn’t just a story of failed leadership. It is about the UK’s relationship with the EU, how that relationship needs to change, and ultimately how the EU should be structured. There are profound lessons for business executives. The organisation you run isn’t as large or unwieldy as the EU, but it likely suffers from some of the same afflictions, albeit on a smaller scale.

“Brussels has completely lost touch with those it purports to serve and its structures are byzantine”, says Professor Birkinshaw.

Professor Birkinshaw believes the EU’s failings can help to shed new light on how to make change happen in large established organisations. He describes three basic levers business executives can work with to keep bureaucracy at bay.

“The first antidote”, says Professor Birkinshaw, “is to make bureaucrats properly accountable to those they serve. Alas, this level of accountability and transparency does not exist in Brussels, and it should.

“Make sure your senior executives meet customers, suppliers and front-line employees on a weekly basis; make explicit who the owners of internal processes like accounts payable are, and measure how well they are keeping their end-users satisfied. And enforce greater transparency – in terms of what your executives spend their time and money on, and on how well they are performing.

“The second antidote”, says Professor Birkinshaw, “is to encourage activism – to give voice and opportunity to those at the bottom to challenge those at the top. Brussels falls short on this dimension as well.

“The point for the business world is that activism is vital to your long-term success, and you need to provide a mechanism for the mavericks and lone voices to have their say. Activists come in many forms – subversive employees, stroppy customers, activist shareholders who want you to change your strategy. Yes, dealing with these people can be tiresome and time-consuming. But they serve a vital role in helping you tap into what customers or employees are actually thinking, and they expose you to uncomfortable truths.”

Fresh perspectives are also a vital part of activism.

“Entropy flourishes in a closed system. If your organisation only promotes from within, it will stagnate. Outsiders see things in a new light, and they ask the awkward questions.”

The ultimate bureaucracy buster, however, is an attack from outside, believes Professor Birkinshaw.

“When faced with an existential threat, some bureaucrats fight back, some stick their heads in the sand and hope it passes, others use the attack as a lever for reform.

“The Brexit vote is a serious challenge to the vitality of the whole European project, and some of the more pragmatic players such as Angela Merkel seem to be taking the threat seriously.

“Existential threats are much more common in business than in politics, with the average life-span of a company around forty years. So you can wait until your business is facing an existential threat from a new technology or upstart competitor, but the odds of surviving in those instances are low.”

Instead an early warning system is needed, says Professor Birkinshaw.

“As long as you have clear accountability, encourage activism, and keep your eyes open to existential threats, you can keep bureaucracy at bay, and you can turn your size and complexity into an asset.”