Britain can help end poverty for millions of Filipinos

Entrepreneurship Sustainability
Save to my profile 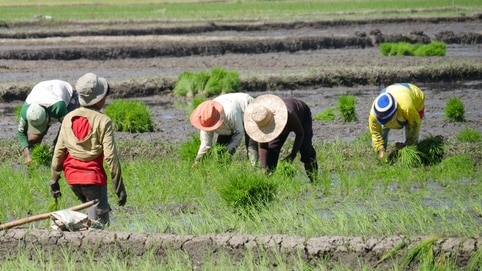 Organisations such as Air France-KLM and Hyundai have financed the 3,000 Filipino communities built by students and business and army volunteers since Gawad Kalinga’s inception. Now, Meloto hopes British companies and business school students will contribute.

“We’re looking to establish strong relationships with British universities and schools,” he said when speaking at London Business School (LBS). “I want England to see the Philippines as a good gateway to Asia, which accounts for more than half of the world’s market.

“We need business schools and investors because we want to match compassion with competence and kindness with excellence. We want to surround ourselves with people who have the competencies that we lack and also the heart to help.”

The Filipino entrepreneur wants GK’s partnership with Britain to emulate the strong ties it has with French universities and businesses. More than 500 French students volunteer each year at GK villages and the GK Enchanted Farm, where local farmers produce chocolate, rice and dairy products.

The Enchanted Farm also provides business mentoring and premises for Filipino and foreign entrepreneurs looking to launch social ventures. Businesses that have emerged from the farm range from an ice-cream maker and jam producer to a travel company, hand-stitched toymaker and a silk company.

There are plans to build 25 Enchanted Farms, each with farm land, a village and university that teaches people about business and agriculture, across the Philippines.

Meloto spoke at ‘Nation building from the bottom up, towards a more human and inclusive economy’, an LBS student-led event organised by the Net Impact Club.