Brexit could bring people together if it's handled smartly 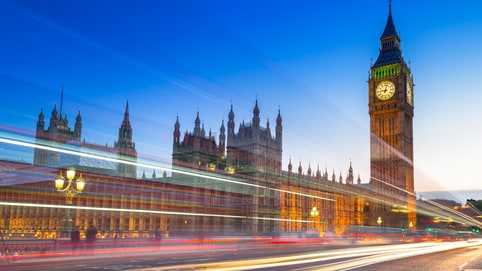 The UK’s prime minister could use Brexit as an exercise to bring people together, said Dan Cable, Professor of Organisational Behaviour at London Business School.

Brexit could be reframed as finding common ground, he suggested. Theresa May could take it as an opportunity to practise a new approach, involving fewer rifts and divisions and more agreement and momentum. The message from government would need to be: “We’ve left too much of the country behind, I’m seeing this as bringing together a divided government and building a unified country.”

“What if she treated it as a chance to have bipartisan discussions, to find middle ground… a watering hole where we can come together and find a new way of working? That would create a different reaction. If the message was, ‘If we can get this done together then we can get other things done together’ – that’s productive language. People might sign up to that.”

Meanwhile, he said, May should communicate any potential early wins she is able to identify. “Again, that might not be Brexit itself but it might be how we treat each other in discussions, or how more of the country is behind all of our actions. When this starts to pay off, what would that look like?”

“One of the challenges for Theresa May is that the outcome of Brexit is so uncertain,” he said. “It’s hard for her to point to the ‘destination postcard’. To lead people through change successfully, you need to give them a visceral, almost tangible picture of what it will look like when it’s working.

“What great leaders do is create that compelling image and make it salient enough that people can almost hold it, savour it. It starts to set the purpose and gives them a sense of hope.”

Professor Cable referred to US President John F Kennedy’s 1961 promise to put a man on the moon, an example of a powerful destination postcard that people immediately pictured and longed for. “A human being will walk on that rock up there! It’s going to cost a lot of time and money but it’s going to be worth it.”

People need to be able to visualise why the outcome is going to be worth the pain, said Professor Cable: “Having specific examples of what will work better helps get people on board. If you can’t show people the why, you don’t even get out of the blocks.”