Big tech is not untouchable 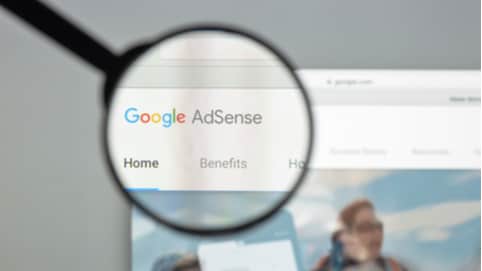 Google, Facebook and Amazon could have their freedoms curbed this year, according to Julian Birkinshaw, Professor of Strategy and Entrepreneurship at London Business School. “The tech giants are huge beasts and there is a growing sense of unease about their power,” he said.

Last November the attorney-general of the US state of Missouri launched an investigation into Google to establish whether it had broken antitrust and consumer protection laws. Other states are also examining the power that Google gains through collecting consumer data.

In Europe, Margrethe Vestager, the European Competition Commissioner, is about to hit Google with an antitrust fine of hundreds of millions of euros or more over its advertising network AdSense. The commission alleges that Google’s contracts with other websites broke competition law by preventing them from using other firms’ advertising networks within those websites’ search results.

Last June the commission ordered Google to pay E2.4 billion (£2.1 billion) for abusing its internet search monopoly to promote its online shopping service – a record penalty for a European competition case. Facebook was fined E110 million (£94 million) by the EU last year for providing misleading information about its takeover of WhatsApp in 2014. At the time, the company told the commission it wouldn’t be able to match user accounts on the two platforms before doing just that.

Professor Birkinshaw believes this is just the beginning: “Over the coming year we can expect to see more of this aggressively activist approach in tackling companies with dominant positions.”

The current regulatory and competition regimes were designed more than a century ago for traditional corporations. They can’t cope with tech companies whose profitability increases as they rapidly scale. “Companies such as Google and Facebook operate in ways that don’t fit the old supplier-manufacture-distributor-consumer model for which antitrust legislation was designed,” said Professor Birkinshaw.

Facebook now has more than two billion active monthly users. Google handles 42% of all digital advertising in the US and has more than four-fifths of online search advertising. Amazon has focused single-mindedly on growth rather than profits, and has successfully expanded well beyond its original domain as an online retailer, he said.

The tech titans show no sign of slowing down: “The more people who join Facebook or use Google, the more data the company can mine. The economies of scale become ever greater. So we need to rethink the way we monitor the power of the huge companies now dominating the business landscape.”