Kamalini Ramdas
Save to my profile

The Covid-19 pandemic had a devastating effect on both lives and livelihoods in 2020. The arrival of effective vaccines can be a major game-changer. However, vaccines are in short supply and most continue to be the property of advanced economies. The imbalance between countries whose populations are inoculated and those that are not means that global GDP loss is likely to be higher than the cost of manufacturing and distributing vaccines globally.

Research by Sebnem Kalemni-Ozcan, Professor of Economics at the University of Maryland, and others suggests that, assuming that all advanced economies (including China) are vaccinated sometime in 2021 while poor, middle-income and emerging economies are not vaccinated, up to 49% of the estimated $4 trillion global economic cost of the pandemic will be borne by the advanced economies, even if they were to achieve universal vaccination at home.

So, the world faces a huge cost if it fails to achieve healthcare equity. Definitions of what that is vary greatly, but I believe it means making equal or better-quality healthcare available to all countries at much lower cost. A key factor in global healthcare equity is access to medicine; and today of course that means access to Covid-19 vaccines and Covid testing kits.

In terms of Covid testing, all countries are facing a trade-off. On the one hand, you have tests like the real-time reverse transcription polymerase chain reaction (rRT-PCR) test. This is expensive and slow because it is a lab test, requiring samples to be delivered to the lab, where they are then processed. However, it is accurate. On the other hand, you have cheap ‘pregnancy-test’ type tests; the lateral flow point-of-care test. These are rapid but inaccurate by comparison. That means there is a trade-off in terms of the numbers, because huge amounts are being spent on testing. In November last year, for example, the UK Government announced it was going to pump up to £43 billion into Covid testing, including contracts for the supply of millions of the fast-turnaround tests.

Likewise, in January 2021, US President Joe Biden announced the American Rescue Plan “to change the course of the pandemic, build a bridge towards economic recovery, and invest in racial justice”. The plan includes $50 billion to be spent on Covid testing.

That begs the question: Is there a way to do the testing in advanced economies without spending such huge sums of money? Based on the work I have been doing with multiple researchers, I believe there is a way to achieve high testing accuracy at much lower cost. The idea, published in a paper I co-authored with Sanjay Jain and Lord Ara Darzi in the May 2020 edition of Nature Medicine, is based on simple probability theory.

Because the ‘fast and cheap’ tests are comparatively inaccurate, they tend to be dismissed as a reliable indicator of the presence of proteins (antigens) that are present when a person has Covid-19. But, instead of ‘wasting’ the inaccurate test, you could get a much better indicator of the likelihood of antigen presence for an individual patient by combining multiple tests. Here is the mathematical probability bit.

Similarly, say you had a cheap Covid test that has a 50% chance of giving a false negative. If you repeated the test (or took a different cheap test), that negative signal becomes stronger: you have now reduced the odds of a false negative to 25%. Repeating cheap tests in this way gives successively stronger signals. This is a basic mathematical idea that has profound implications for how we are doing Covid testing. (See Fig. 1. ‘Why combining inaccurate tests improves accuracy.’) 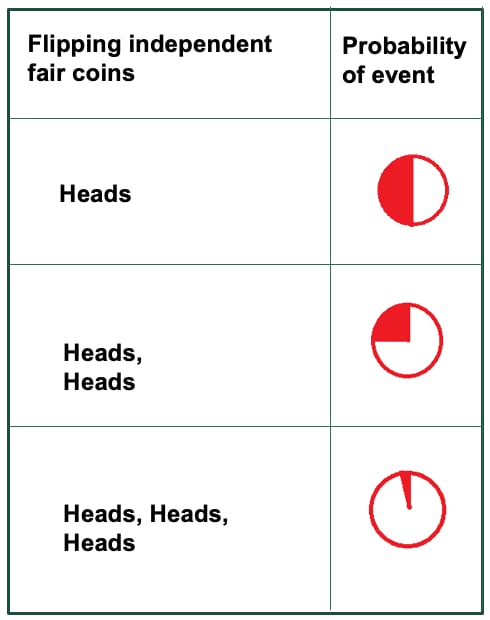 Now let’s see what the implications of probability are in terms of our two types of test; expensive and accurate versus cheap and less accurate.

Even when bought by an institution or a big organisation, an expensive test is around £100 in the UK and $100 in the US. The cheap tests cost one-tenth of that or less, and in reality the probability of a cheap test giving an accurate result is better than a coin toss (let’s assume a particular cheap test is 60% accurate). So, if you have Covid, the probability of the test correctly recording a positive (+) outcome is 60%. If you only do one test, you get two possible outcomes: a plus or a minus. But if you do two tests, there are four possible outcomes (+ +; + –; – –; – +.) Now you have to decide whether to call a plus-plus outcome a definitive positive result, and what to do if you get a plus-minus. That means you have to decide which costs are greater when it comes to false negatives.

Consider a doctor attempting to diagnose whether an elderly patient has asthma or another potentially serious condition. Here the cost of a false negative is great – the patient is likely to end up on a ventilator in intensive care, which could be a life-or-death situation (and expensive to treat).

Combining cheap and inaccurate tests requires classification rules to inform your decisions. We have developed a data-driven methodology that generates optimal classification rules to inform decision-making. Where false negatives are costly, you believe any positive test result (the ‘any’ rule), because the probability of both the first and the second test giving a false negative is very low. If false positives are costly, you believe only a double positive. (Consider, for example, a scenario where a young worker who is not living near any elderly people and is sending money home – you would only call a plus-plus outcome a positive.) This is the ‘and’ rule. It gives you very few false positives on the one hand; the problem is that it gives many more false negatives on the other. You get a similar outcome with the ‘any’ rule – less false negatives but many more false positives. That means, in terms of decision-making, you have to make a trade-off between outcomes, weighing the likely costs of false negatives against those of false positives. Now add a third cheap test and we see that combining three such tests breaks the trade-off.

Say it costs £100 for one rRT-PCR test and £10 for a cheap test. You can tailor the cheap testing to very different types of patient population. For patient populations where there is a high cost of false negatives, you choose one classification rule. Where there is a medium cost of false negatives, you use a different rule. You use another one again where there is a high cost of false positives, and so on. The cost for the three cheap test is £30 – a 70% cost-saving over the price of one expensive test. The cheap tests are also much faster and easier to do, even in developing countries, because they don’t need to be carried out in a laboratory setting.

In March last year Director-General of the World Health Organization Tedros Ghebreyesus said: “Testing should be strategic, make the best use of available resources and link to clear public health goals.” Using a data-driven methodology for cheap Covid tests is a simple way to allocate resources efficiently in order to increase health equity globally.

This article is based on a Wheeler Institute for Business and Development event. View the full discussion here:

communication skills, and get the most out of yourself and your people, across face-to-face, hybrid and virtual teams.

Adoption of solar power in developing nations remains low. A new study by Kamalini Ramdas and Amrita Kundu discovers a key reason why. 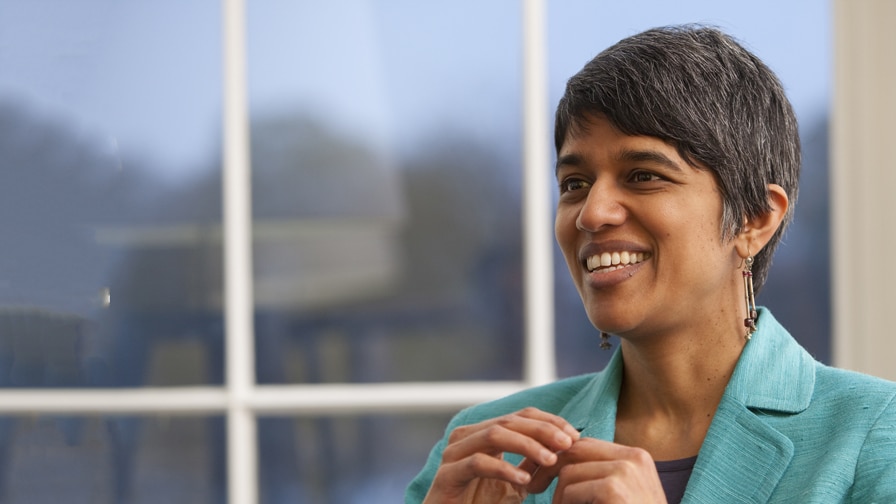 Is there a better COVID-19 test method for the UK?