Five ways to judge a leader: the business-like guide to the Election

Nigel Nicholson
Politics Government and Society
Save to my profile

Five ways to judge a leader: the business-like guide to the Election 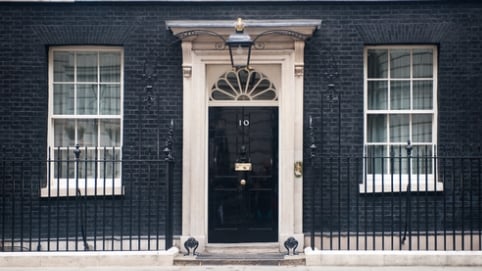 Only one of two men can be Prime Minister, say political pundits. Be it Cameron or Miliband, it looks like they’ll need backing from minority parties to govern.

If this was UK Plc and we were selecting the boss, we’d rely on a robust assessment of performance against key criteria. We saw 7 of them in the only full TV debate we’re likely to get so let’s consider how they would stack up as your boss or mine in a regular organisation. First, the criteria. I have found five matter most.

It’s a horrible word, but we all know what it means. Is this person the real deal? Where are the warts-and-all that tell us this person speaks to us from a genuine, not a PR-invented, heart?

How smart are these folks at empathising and understanding people’s emotions, and how well do they manage feelings – both their own and those of others?

Great leaders surround themselves with the best people and develop their capabilities to deliver more than they might have thought possible.

History teaches us that leaders succeed until they fail. They fail because they are surrounded by protective praetorian guards; too busy to look outside their charmed circles and too wedded to their ideology-based perspectives. The best leaders see changing circumstances and able to adapt before it is too late.

I divide this into three parts:

1. See a challenge through fresh eyes
2. Construct a clear, credible and engaging image of future possibilities
3. Develop a compelling narrative about the journey to reach it.

On authenticity, let’s start with the two main contenders: Cameron and Miliband. Both look pretty suspect, though it could be even worse if what you see is all there is: an old-Etonian and a Hampstead intellectual claiming to be one of us. Clegg looks more normal, and Farage looks plausible as that loud bloke down the pub. You wonder what’s really there under all the image management. The women look a lot better: Sturgeon gritty and no-nonsense; Bennett (the Green) and Wood (Plaid Cymru) seem less coached than the men.

When it comes to emotional intelligence and team-building women generally score higher than men. The men talk empathy but are these guys the folks you would approach for counselling? I think not. As for team-building, all political parties are fractious coalitions, though perhaps it has been surprising how workable and durable the coalition that Cameron and Clegg put together proved to be. Now, only the minorities dare talk about deals that might be done.

Politicians are generally over-agile; or rather they talk a good game – throwing darts, moving the dart board and crying “bulls-eye!” That’s because they’re in the making-promises business – having to spend much of their energy explaining why they turned out to be more pragmatic and adaptable than they said they would be. It costs them. Look at the persistence of the cloud hanging over Clegg for his reversion on tuition fees. The smaller parties here seem more rigid than the larger ones, who have to encompass a wider spectrum of ideologies.

Vision should be the meat and drink of politics, but we have reason to be unimpressed in this election, where the two big parties, under the heavy yoke of advisors, spin out stock phrases and a narrow line of policy that is void of vision. The minority parties have plenty of vision, but it comes cheap to them. They can promise the unworkable knowing all they will do in the end is wring compromise out of whoever they get into bed with. In short, we have little reason to wish any of these people be given a chance to run our organisations. And the uncomfortable truth is that the world of political and social economy is less under politicians’ control than they would have us believe. That shouldn’t keep us away from the ballot box, but it might reassure us, and bother them, that the differences between them as leaders might not really matter that much.

This article related to the corporate political activity (CPA) research.