Beyond Covid-19: shaping the future

How can marketers make decisions in such crazy times? Start by looking at your customers and their evolving needs

When the business world is on hold – and indeed is holding its breath – how can marketers display leadership? Faced with such an uncertain future, you might be wary of declaring with confidence what direction the company should be taking.

Many of us are transfixed by the horrifying graphs revealing the loss of life due to Covid-19 in different countries. This exponential rise in mortality rates has taken some by surprise, but it really should not have. As the physicist Albert Bartlett observed: “The greatest shortcoming of the human race is our inability to understand the exponential function.”

The end might not be in sight but there will be an end. Take heart, suggests Rajesh Chandy, Professor of Marketing and Academic Director, Wheeler Institute for Business and Development at London Business School. He argues that, if we pay attention and think about the emerging world, even at this time of crisis it may be possible to find ways to engage with customers, anticipate their needs and discover marketing strategies that will be successful.

After all, big problems in the world and the economy could also mean that big opportunities, commercial and otherwise, will arise. It was the billionaire venture capitalist Vinod Khosla who observed that if there is no problem then there is no solution, and no reason for a company to exist. “No-one will pay you to solve a problem that doesn’t exist,” he said.

Today, says Professor Chandy, says there is an abundance of problems to wrestle with. This means that there should be opportunities for innovators and entrepreneurs. It is potentially a good moment to create change.

Spending patterns are undoubtedly being severely affected right now. While online shopping, especially for groceries, has grown sharply, other leisure and retail choices – cinema, gyms, clothes, travel by plane or cruise ship – have slumped. Charitable giving has fallen, as has spending on underwear.

And when something like a more stable (or at least less unstable) “new normal” appears, how different will customer behaviour be? Of course we cannot really know for sure as yet. It is unclear if we will ever get back to anything like “normal”. There is no certainty to be had.

It is possible that some consumer behaviour will spring straight back. A Hermes boutique in China made $2.7m on the day it reopened. Will this be an exception or the norm? While some businesses may try to revive some old pre-crisis capabilities, and even find some “Rembrandts in the attic” – forgotten or neglected revenue streams – it is the future which should concern marketing leaders more.

The world we emerge into will be different. How might we understand and anticipate change better? Funnily enough, part of the answer might come from… the fruit fly. It is not a joke. Scientists researching the fruit fly have won six Nobel prizes, and have made discoveries which have helped develop treatments for diabetes and cancer among other conditions. The fruit fly shares 60% of our DNA and has a short life cycle, allowing plenty of research to take place.

“Smart marketers will detect and harness the winds of change”

The business equivalents of the fruit fly, Professor Chandy suggests, are restaurants. Much like fruit flies, they live and die quickly. Their lives are often short. It is a very tough sector. But this means it is possible to study the evolution (or mutations) of restaurants and learn from them.

Often they are “mom and pop” (family) businesses, and poorly capitalised, running on tight margins. Their life expectancy can be short even when they are good. Restaurant sales have of course plummeted during lockdown.

But, Professor Chandy says, new entrants will come with new ideas (or “mutations”). It is, after all, quite a segmented market already, with “fine dining”, casual, fast casual, and fast food being recognised as separate categories, with the growing phenomenon of deliveries added on. The restaurant industry will change in ways we may not yet quite be able to imagine. It will have to wrestle with the challenge of “social distancing”, and find price points that attract customers while maintaining margins. It will have to innovate in terms of its service and delivery. And the industry will change not only because consumers demand change. Much like evolution among fruit flies, the industry will also evolve because many of today’s generation of restaurants will die. New mutations of restaurants will be born, and some of these will thrive in the new environment.

Be alive to change

Change comes in other forms and in other business sectors too. Supermarkets, for example, have seen cashier jobs disappear in huge numbers – as many as 200,000 in the UK between 2011 and 2017. All around we will see change in societal and cultural trends: there may be less foreign travel, there could be a growth in the number of freelancers, healthcare will be transformed, the importance of artificial intelligence will grow… “Smart marketers will detect and harness the winds of change,” Professor Chandy says.

The crucial point is to be alive to this change and try to spot what is really happening. The “availability heuristic” can mislead us into failing to recognise what is important. For example: which is the more frequent cause of death: shark attacks or falling aeroplane parts? We might obsess about shark attacks, because of films like Jaws and excited media reports. But in fact, deaths from falling plane parts are 30 times more frequent. Similarly, we might obsess about the here and now, but ignore the winds of change that will shape our future.

It is of course necessary to deal with the reality of today. But there will be a post Covid-19 world.  To fulfil customer needs in the future, now is the time to also obsess about future customers and competitors. It takes time to think about these things and the extent to which we focus on future customers and future competitors is significant, Professor Chandy says.

A study of CEO activity found that they had time to consider the future only 3% of the time ordinarily. That is not good enough – but it is hard to resist the pressure of the present.

So another important skill to develop is the ability to have a broader vision of your world. Consider the former US basketball star (and later politician) Bill Bradley. He was highly regarded as a player, not least because of his apparent ability to see what was ahead of him on the court but also what was behind him. He anticipated the immediate future but also had a much wider view of the court.

When asked how he managed to do that, he explained that his field of vision was much greater and it had not come about by accident. He had worked on it as a child, exercising his eye muscles. Over time he developed a wider field of vision, a much broader sense of the court.

So a question for marketing leaders is: how good is your peripheral vision? We are sometimes prevented from seeing clearly, Professor Chandy believes, by boundaries in our minds. Whether geographically, or technologically, or by industry sector – we see boundaries. And “the uniqueness trap” can makes us think we are different, with little or nothing to learn from elsewhere.

Good innovators, Professor Chandy says, carry out a kind of “concept arbitrage”: they can carry concepts across contexts, taking ideas from one place (in technology, geography, or by industry) and redeploying them somewhere else. If you can look far away from your current context, with that broader peripheral vision, you may find opportunities are there. Look at places to copy from, edit from their context, then copy and paste to your own.

It will not be an easy future, Professor Chandy admits. And when it comes to the future, it has been said, there are three types of people: those who let it happen, those who make it happen and those who wonder what happened.

These will be formative years for many future consumers. How will they see the world? This could be a powerful question to ask. Ordinarily inertia is a powerful thing, but now many of us will have been broken out of our habits. And some of these changes may last. CEOs who grew up in the depression and came of age during World War Two retained more conservative and risk-averse instincts. People who grew up during the oil crisis in the 1970s were less enamoured of car driving. And so on. The age we live in shapes us.

One important principle is to keep investing in R&D even in the most difficult times. Research has shown that businesses that keep up this kind of future-focused investment come out of downturns stronger. Marketers can seize this moment to focus on the future, anticipate future customer needs, be open to new ideas wherever they appear, and harness the winds of change. Hold your nerve and this may be the start of a new journey, not the end of the road. 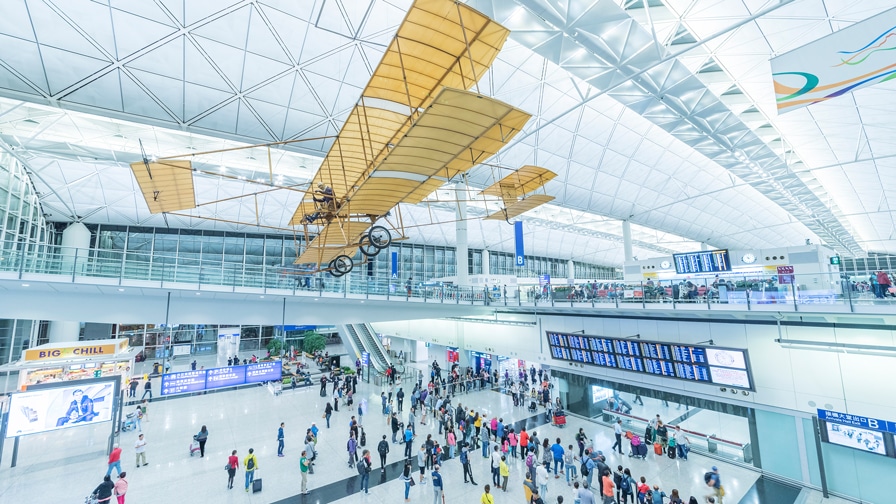 The future of travel

Alumnus, donor and Lonely Planet co-founder Tony Wheeler on the future of travel in a post-Covid world ‘A small group of people can create a lot of change’ We have discovered a better way of working

Explore innovative ways to break new ground in your existing market and move into new ones with our short course.