How to hand over the reins of your business

Hannah Marsh
Business management and operation
Save to my profile 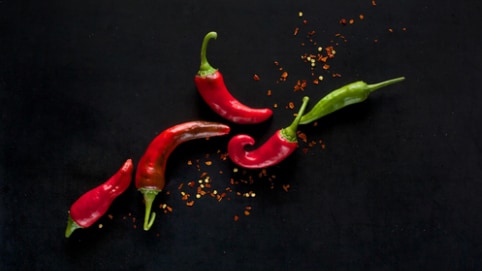 For budding entrepreneurs, the challenges lie around getting your business off the ground. But what if you’ve succeeded – so phenomenally that you’re no longer the right person to take it forward?


That was the position Nando’s founder and former CEO Robert Brozin found himself in four years ago. A huge success by any measure, on Brozin’s watch the popular Peri-Peri chicken joint grew from one small restaurant in an inglorious corner of Johannesburg to a global chain of over 1,000 spread across 23 countries.

Touted by celebrities including David Beckham and Ed Sheeran, lauded for its youthful, family-friendly atmosphere, welcoming staff and of course, great chicken, Nando’s is not just a successful, but an affectionately patronised brand on a global scale.

But it was the success of the ever-expanding chain that presented Brozin with a dilemma. Was he the best person to take the business forward? After much personal wrangling, he and his fellow founders decided he wasn’t. And he handed the reins to ‘the professionals’, as he puts it.


Having led the organisation since 1987 – when he and co-founder Fernando Duartes visited Chickenland, a Portuguese takeaway in Rossetenville, Johannesburg, which would become the first Nando’s – it was a profound shift for Brozin.

What were lessons were learnt and how did he deal with handing over the business he built?

“The ego part was the hardest of the lot”

Brozin admits setting ego aside and making the decision in the business’ best interests was a challenge.

“I promise you, the ego part was the hardest part of the lot,” he admits wryly.


“When you’re the CEO of the business, everything comes past your desk. You have the right to question, give an answer and then the next day you hand over to someone else, and people stop communicating with you.


“You stop getting tickets to the rugby world cup final, you walk into the office and the guys you were meeting with yesterday are meeting with somebody else. And people are a bit quiet, they’re a little bit scared to talk to you, which really dents your ego. Then you look around and see the business doing well, the profits improving and all of that stuff and you think ‘jeez’.


“The key is that you can’t take it too seriously.”

“Look back over your achievements”

This is a good time to remind yourself of your own achievements and bolster your self-confidence, says Brozin.

“You know what you’ve achieved, so you have to look back on that and see that you created a great foundation for someone else to take over,” he says.


“You have to respect that if no one had created that foundation there wouldn’t be an opportunity to improve going forward. Those going forward probably couldn’t create the foundation. I was the right guy for that particular time but the wrong guy going forward.”

Brozin developed a new role for himself, looking at how Nando’s could have the social impact he wanted.

Working creatively, he turned his focus to a malaria prevention project, Goodbye Malaria, launched in Mozambique in partnership with the Mozambique government. He says the specialist role allowed him to plough his energy in a new direction.


“It was a case of putting my ego aside and really re-inventing myself, looking at how I could enhance the business without getting in the way of it,” he explains.
“The last thing you want to be is a past CEO sitting on the sidelines chirping about ‘in my day, in my day’.


“You want to be pro-active and help the new guy do things in a way that enhances value for the business without feeling that you’re a hindrance, and that’s very difficult. That was very tough for the first two or three years.


“If I’d just handed over but was sitting there bored, counting the dividend flow, it would be really sad. All you want then is more money. But what are you doing with that money? Making yourself more miserable. More money and more time is trouble.”


“Your business is another child”

It’s not going to be easy. Brozin admits he struggled. But he’s glad he made the move now that he’s able to focus on areas of personal importance.

“When you’re the founder of a business, it’s like another child,” he says frankly.
“We started Nando’s 28 years ago and my first son is 28, they grew up together.

“If you’re moving to another company or selling up and moving on, that’s a different story, but if you’re staying with the business you have to put your ego aside and give the people you’ve brought in the scope to run the business.


“Many founders fail I think, because there’s definitely a point where other people can run your business better than you, but not everyone can let go.
“Our formula might be proved wrong, but we’ve aimed to remain involved, in a way where we can add maximum value. We’re still shareholders. It’s been a very critical learning experience for me personally.”

The secret ingredient to Nando’s success

Brozin admits his career started out somewhat ingloriously with a failed attempt at accountancy followed up with a stint working as an auditor.

But he learnt some valuable lessons – namely, what’s the point of making money if you’re miserable?


That lesson would become the driver of people-centric Nando’s ethos, which Brozin names as its secret to success.

“We’d rather have people that are happy to be with us,” he says.


Brozin says there are consistent core values at the heart of all Nando’s restaurants.
“We have two aims really,” he summarises.


“To change the way the world thinks about chicken and to change peoples’ lives, one chicken at a time.


“To do that, you have to have fun and make money. You have to have a sustainable business model to have the ability to scale up financially, but if money’s why you’re in business, that’s very sad.


“To me, people organisations will always be successful.”

Turning the fight against malaria into a business opportunity

Brozin’s ambition to ‘change the world, one chicken at a time’, might sound opaque.

But it’s a philosophy he’s living by as he focuses on Nando’s social impact, particularly Goodbye Malaria.


Brozin’s passion for combating malaria – one of Africa’s top five killers – was sparked when he met adventurer Kingsley Holgate, who invited him to travel across various parts of Africa.


“We handed out malaria nets and it was one of the best things I’d ever done in my life,” says Brozin. “It was the most unbelievably liberating experience.”

The experience led to Brozin linking with the government in Mozambique, and under the guidance of coordinator Francois Maartens, Goodbye Malaria launched a spray programme which has seen a 35 per cent reduction in malaria cases in the test area in its first year.

But how do you turn malaria prevention into a business opportunity? That’s where Brozin’s creative approach comes in.


Instead of relying on grants and donations, he’s working with strategic advisory firm Dalberg, to create an entirely new funding model.


Brozin’s plan for a ‘malaria bond’ is based on impact investing and involves offering funders a small return so their donation becomes an investment. He’s working with corporates like Coca-Cola to fund the returns.

“30% of Coca-Cola’s workforce in Mozambique is impacted by malaria,” explains Brozin.

“In the UK you would never have a disease that affected 30% and not deal with it. So we’re working with corporates to measure the impact and saying, ‘If we can achieve the impact we believe we can then we want a share in the saving’. That comes back into the bond.”

1. Every piece of art on Nando’s walls is an original. It’s part of the company’s programme to support South African artists.
2. Brozin’s favourite dish to order is a quarter chicken breast and chips, extra hot.
3. Brozin denies all knowledge of the infamous black card, the card apparently touted by a handful of celebrity super-fans which gives the holder unlimited free Nando’s. “I’m hoping to reach that level of celebrity myself,” says Brozin.
4. If you’re hoping to crack the secret of Nando’s Peri-Peri sauce, you’ll have to be skilled at infiltration. “There is a secret ingredient,” admits Brozin. “So secret even I don’t know it.”
5. Humility is Brozin’s personal secret to business success. “Being able to stay humble and keep your roots, understanding where you’ve come from, is critical,” he says. “We easily forget that. It’s easy to turn the volume knob up high; it’s hard to turn it down.”