Many companies aspire to be players in the global marketplace, but the challenges to succeed are now greater than ever. Steve Tappin and ...

Steve Tappin and Andrew Cave
Leadership
Save to my profile

Many companies aspire to be players in the global marketplace, but the challenges to succeed are now greater than ever. Steve Tappin and Andrew Cave spoke with the CEOs of strongly globalized companies to learn their secrets. 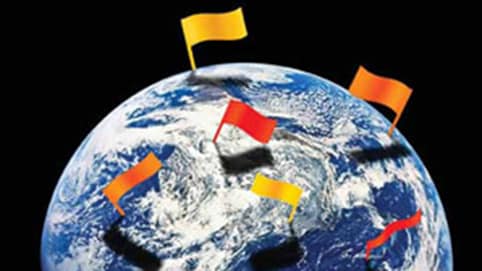 "To succeed in the global bazaar requires a global mindset.” That’s how Narayana Murthy, the chairman of Infosys, framed the challenge of being a CEO of a truly global business. We heard similar comments after talking with 150 global chief executives responsible for $1.8 trillion of revenues. They revealed the critical facts of life that most affect their businesses.

Of these, most CEOs see coping with globalization as the single most important reality for the next decade. This may seem surprising, given that globalization has been talked about for years. However, the shift we are seeing is on a dramatic scale, as India and China reintegrate into the world economy. This shift is ushering in the age of “hard globalization”: for the first time, everyone is competing in a truly global fashion.

Philip Green, chief executive of United Utilities, believes that what is happening in China is “the second industrial revolution”, while for Ed Zore, chief executive of Northwestern Mutual in the US, “globalization is a trend for the next 200 years”. Sir Martin Sorrell, chief executive of WPP Group, says, “We’ve not witnessed growth on this scale for 200 years and not at this speed. I think China and India are going back to where they were in 1819,” when they generated about 49 per cent of worldwide gross domestic product (GDP).

It’s important to keep a sense of perspective, however. There are substantial risks to operating in emerging markets. Rapidly developing economies bring volatility and risks. Growth at the rates being achieved in China and India is unstable, unpredictable and prone to sudden crises. Moreover, the success of the West’s past efforts at globalization has been patchy.

Furthermore, in the near future at least, the preponderance of economic power will remain in the West in real terms: the US and the EU are each expected to have real GDPs larger than either China or India in 2025. Chris Bell, chief executive of Ladbrokes, has a rule of thumb for working in developing markets. “When planning a market entry in emerging markets,” he says, “double the projected time and halve the projected profits.” An emerging pattern will form the basis of globalization developments in the coming decade.

Many Western companies have headed into emerging markets intent on achieving what Lord Browne, former chief executive of oil group BP, calls “easy globalization”. They have tried to replicate their domestic models in emerging markets and failed because they did not understand local customs and practice.