His CV may look like that of many successful CEOs – but, says Jeff Skinner, the Livspace co-founder is not your typical business founder

My three tips for aspiring entrepreneurs

Glance at the staging points of his journey to co-founding a $200 million venture-funded startup and Anuj Srivastava MBA2003 might appear to be your typical entrepreneur, if such a thing there be. A technology degree at the Indian Institute of Technology in Kanpur, two years with PepsiCo India, an MBA at London Business School, four years with a San Francisco Bay tech startup, eight years with Google, then co-founding Livspace (a three-way technology platform for interior design that connects homeowners, designers and suppliers) in January 2015: on paper he ticks all the boxes.

But spend five minutes in his company and you get the inescapable impression that box-ticking is not really his thing. The CV is impressive enough, but masks an approach to life and business that – like the man himself – could only be characterised as singularly unorthodox.

Talk to many successful entrepreneurs and you get a strong sense of ‘the struggle’ – the failures and the moments of doubt that led to dark times. Srivastava will readily tell you about the failures and moments of doubt he has known since graduating from LBS in 2003, but what you don’t get is any sense that it led to dark times. What comes across, instead, is a delight in the thrill of it all.

Now some 18 years into a career as an entrepreneur, he is quick to point out that the journey really began in the clubs and classrooms of LBS, and that that is where the fun began: “I used to work in the internal management consulting team with PepsiCo and I had some experience working with McKinsey, and six of us founded the LBS Summer Consulting Club. We had a fun time. It was an outstanding experience.”

It was while he was still at LBS that he met legendary Singaporean entrepreneur Peng Tsin Ong (founder of Interwoven and Match.com) and landed an internship with him in 2003 that led to “a real job” at security software startup Encentuate in San Francisco. It was the beginning of a career in which he has had the opportunity to observe some of the world’s most famous entrepreneurs first-hand. Not that he ever intended consciously to emulate them; rather, it is his pure love of the internet itself that has always directed his major life choices – including his time at Google: “Technology and its transformative potential always excited me. I always say that the only thing that I know is the internet. While I was at LBS, I figured out that there was a company called Google ... LBS played such a foundational role in introducing me to these things.”

The science of entrepreneurship

The eight years at Google were to prove hugely transformative and Srivastava is grateful for the leeway the internet giant gave him to branch out into entrepreneurship: “From 2010 onwards, they were fine about me choosing to spend part of my time investing and advising other companies. That was a very consequential pivot – it really brought me closer to early-stage entrepreneurs.”

It also spurred him to move on. He remembers, “I just started appreciating the science and emotion behind entrepreneurship and eventually decided that my heart really lies in building things and realising how value and culture are built.”

He then joined up with Livspace co-founder Ramakant Sharma, who had helped build and sell a large ecommerce fashion platform in Asia. The two realised the enormous potential Asia offered “because there were no brands, there was no supply chain – in a way, venture-funded companies and the infrastructures that they create are the very lifeline of society there.”

For Srivastava, it was something of a homecoming: “I thought life is amazing. I drive a beautiful car and have a beautiful house. But I don’t want to be the same person 10 years later saying, ‘Oh my god, the part of the world where I grew up went through this cataclysmic transformation and I was on the other side of the world.’ I just was dying to be part of the journey.”

As for the decision to found a technology platform in the unlikely area of interior design, he is highly amused at the suggestion that, whereas Google is trying to organise the world’s information, Livspace is trying to organise the world’s painters: “I love that! I’ll steal that! Actually, the inspiration behind all of this was my inane love for content. In a way, the first thing that the internet did for the world was actually to build trust in simple content that somebody else produced. Then that migrated to a product that somebody else is selling online. Then a service, then a more complex service, and so on. At some point, we realised that trust on the internet is moving in a direction where people will consume services that are seemingly about touch and feel, but you can actually use content to replicate the experience.”

One area where Srivastava does echo the thinking of a typical founder is in the importance he attaches to establishing the right corporate culture. He says, “We owed our momentum to finding the right people with the right ethos and who understood the vision. I don’t know how else a startup is built, because it’s such a mad idea to go and do a startup – most of them don’t succeed. The only way you can succeed is by finding people who are smarter than you at the job that they do. But make sure they have a compatible value system. No matter how smart the person is, let go of them if their value system doesn’t match yours.”

Power to the people

The values he sets such store by have served Livspace well. In the space of seven years, the Singapore- and Bangalore-based startup has gone from “a crazy idea” to South-east Asia’s largest and fastest- growing omnichannel home interiors and renovation platform, picking up multiple prestigious international industry awards and raising over $200 million in private equity capital along the way.

Srivastava acknowledges the value of the many milestones achieved, but gets more satisfaction from knowing that the platform is helping create income for others: “We were putting an application in for a grant in Singapore and somebody told me that 15,000 to 20,000 people were making an income from the platform. This was during the Covid pandemic, so I was feeling very emotional about it. I thought, ‘The world is mad right now, but it feels good to know that 15,000 to 20,000 people in one way, shape or form are actually making their income on the platform.’”

It’s clear that a large part of Srivastava’s motivation today is social impact: “What keeps us going, what most excites us still, and why we wake up with the same gleam in our eyes, is the hope that the platform can, while powering our own marketplaces, power other people’s marketplaces, other brands, other direct-to-consumer experiences … to use the platform to organise this messy world. But only 1% is done. There’s so much left to do.”

Anuj Srivastava was talking to Jeff Skinner, Executive Director, Institute of Innovation and Entrepreneurship at London Business School. Anuj received the Accomplished Entrepreneurs’ Award in 2020 that recognise our entrepreneur alumni building remarkable businesses. See more about Anuj and Livespace in the first series of the LBS Founders book. 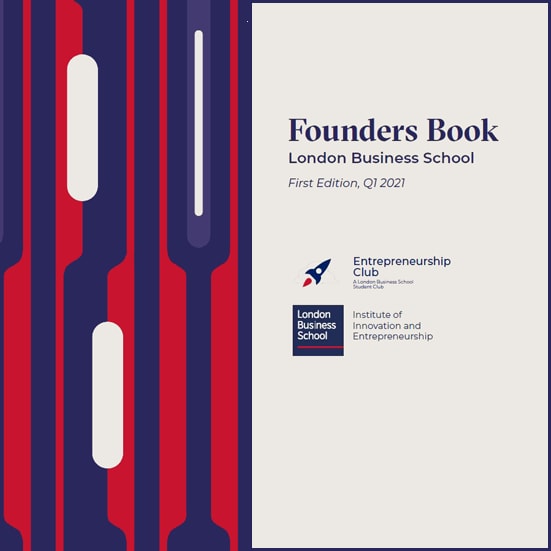