The best companies to work for in 2016 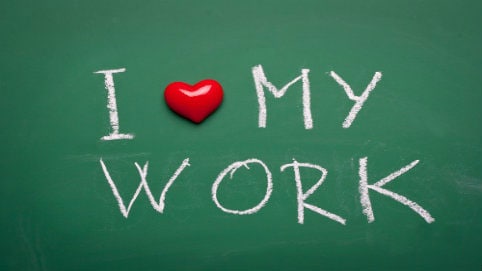 Which five large companies in the US would you say are the best to work for? According to a report from careers site Glassdoor.com, it isn’t Google or Facebook. Instead, it’s Airbnb.

The ranking came as part of Glassdoor's eighth annual ‘Employees Choice Awards’, which give workers the opportunity to anonymously rank their employers. It’s one of many lists to reveal an underlying shift in the way people want to work in today’s world.

Tammy Erickson, Adjunct Professor, Organisational Behaviour at London Business School (LBS) has conducted research with organisations that both thrive and fail in the employee engagement stakes. She discovered that companies with passionate, committed and engaged people – most likely to top employment rankings – were all different. “I use the words ‘quirky’ or even ‘weird’,” she says.

“Some of the companies were on the foosball-in-the-lounge end of the spectrum. Others were family orientated. Some were pretty cutthroat. But what they all had in common is that the people who had chosen to work there, loved it.

“These companies had gotten really good at letting people know about who they were and what it was going to be like to work there.”

It is the companies that understand their point of difference and communicate their promise to be so, that attract and retain talent.

“You want the people who are predisposed to love working in your organisation. That’s the secret of high engagement,” says Erickson.

Top featured companies, such as Airbnb, tended to treat workers as they promised they would. Companies who fared worse, including Microsoft, which is still contending with comments which include “it is a political and bureaucratic place to work”, had broken their trust.

“The word ‘trust’ is actually a very odd word if you think about it,” says Erickson. “Because technically, it doesn’t have any value associated with it. What trust means in this context is promise.” She explains workers should have confidence in an organisation, and trust that they will be treated in a way that fits its overall culture. “People will trust you if you’re consistent with the promise you make,” she adds.

To create the ‘Best Places to Work for’ list, Glassdoor collected anonymous employee reviews from 1.6 million people. The survey, which asked employees to share their opinions on some of the best reasons to work for their employer as well as any downsides, found that people liked working where they felt valued. It also revealed companies that fostered a unique culture and offered a clear proposition, ranked higher.

“People are rethinking their relationships with organisations,” says Erickson. People are looking for opportunities for self-expression, authentic leadership and all-important development. Work is no longer a means to an end, it is integral to a person’s lifestyle.

At Airbnb, which landed the number one spot, one employee wrote: "The people that work here are some of the best I've met in my professional career.” They also stated that as well as having a “good culture”, they believed the founders had the best intentions for the company and employees alike.

But what can companies with age-old reputations do to adapt their promise to meet the demands of a changing world?

Erickson advises companies to dismantle the promise they originally made to employees. “When they made the choice to join you, what did they think your environment would be like?”

She explains there could be issues if the two don’t match up. “It might be that you didn’t do a good job of making the values clear from the beginning. Or, as the company’s evolved, it’s lost the plotline, and so what has been a sharp and distinct value proposition, has withered away.”

She suggests companies revisit their promise. As the war for talent increases, workers are armed with their non-negotiables, of which one is typically work-life balance. Goldman Sachs is already testing this out with its ‘How I Reset’ initiative, in a bid to change perceptions about its employees’ gruelling work hours. Like many other banks, it has a reputation for requiring long hours from its employees, so in summer 2015, banned interns from all-night working and requested that junior bankers take weekends off.