Why the future of businesses is both very positive and risky.

Lynda Gratton
Opinion
Save to my profile

An interesting couple of days in London with HR Directors from Europe and the USA. Listening to their stories plus commentators on risk and on the outlook for China, it’s becoming increasingly clear to me that whilst many of the aspects of the future of businesses is very positive (as many of my earlier blogs will attest), the future is also about both volatile and risky. Here is why: 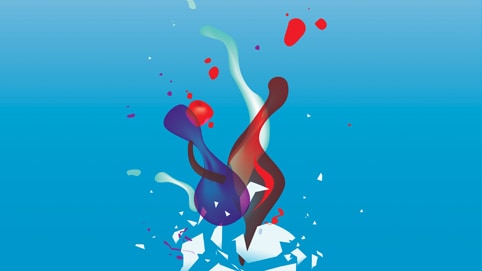 Because the frequency of systemic economic shocks – like those we have just experienced, will increase as the financial markets of the world become ever more connected, ensuring that local financial trauma rapidly become global trauma.

Because increasing globalisation, diversity and connectivity means that ‘bad news’ can spread very, very quickly. One commentator believed that the biggest source of risk was a global pandemic – which would effectively ‘lock- down’ businesses very, very quickly (witness the impact in Asia of the bird flu).

And finally, massive flows to the city through a continuous process of urbanization will dramatically increase the extent of both physical and technological connectivity – which could up-scale social protests and discontent (very much apparent in China right now – as the rather disorganised rural unrest has morphed more recently into something much more powerful in an urban context)
Hedging Against a Risky World

With this as a backdrop, there are a number of ways in which companies seem to build resilience into their DNA. Here are some of these ways:

1. With continuity of CEOs and executive teams

Talking with Terry Leahy, CEO of Tesco, it’s interesting to note that he is only the fifth CEO since the early growth of the business. This reminds me that when Jim Collins – author of ‘Good to Great’ and ‘Built to Last’ went back recently to look at those companies in the initial sample that had failed in ‘How the Mighty Fall’, he found that the strength of the CEO succession, and their capacity to ignore the hubris and ‘spinning’ around them was one of the critical factors for resilience. In a world of rapid change and velocity, it makes good sense to have calm in the boardroom.

A question: how much continuity have you had in your own executive team, and what impact has this had on resilience?

2. Through simulations and scenarios

Readers of Harvard Business Review will know that the November edition was devoted to what businesses can learn from the USA Army. High on the list was the capacity of the Army to both simulate possible situations, and indeed to engage in post-action reviews in a very deep way. The oil and natural resource executives in the group I was with this week, report that simulations are a crucial part of the way they develop managers. But I wonder how many other businesses actually increase the preparation of managers for volatilities? Listening to Nassim Nicholas Taleb (he of ‘The Black Swan’) a couple of weeks ago, I was struck by his view that we rarely imagine the ‘unimaginable’ – and that these unimaginable situations will only increase in their frequency. With such a future, surely simulations have a crucial role to play?

A question: are there any parts of your business that use simulations and scenarios, and should this practice be more wide- spread?

On the face of this, this seems counter intuitive. Surely in a crisis, a single point of decision-making is crucial? But what many of these executives reported, was an environment so complex that pushing decisions up the hierarchy was way too slow. What was needed instead, were accountability and decision-making protocols as near the action, or what we might call the ‘defining moment’ as possible. So the question then arises – how do you know how people will behave ‘in the moment’? I find the idea that behaviour will in some way flow from ‘values’ unconvincing. Values emerge out of day-to-day behaviour – they are not the substance itself. More useful is the idea that people know how to behave ‘in the moment’ because – they have been trained to behave, or because they have seen others behave in that way (particularly leadership), or indeed because the context (practices and processes) do a great deal to support the ‘right’ behaviour.

Although much of what will happen in the coming years may be unpredictable in its timing and intensity – never the less, the actual occurrence can be predicted. However, to do this, business executives have to build what one person referred to as ‘triangulated data’ from many sources, collected over time, through different methods – and then pulled together in a systemic way. What they referred to as ‘watching in the moment’. By doing this, some of the risks become ever more apparent, and indeed the costs of these risks easier to calculate. In our own research on the ‘future of work’ we actively follow about 40 trend areas, which range from technologies, to demographics, to resource use and so on. These allow us then to take each of these areas and triangulate them with others in order to predict more fully what the big issues and risks going forward will be.

Question: How much time and energy is your business devoting to collecting intelligence from different sources about the trends areas that will impact on your business?