Why most elections are inefficient

Even if the candidate we liked most in the last election lost, most of us would like to think that the election itself was conducted ...

Even if the candidate we liked most in the last election lost, most of us would like to think that the election itself was conducted with secrecy, neutrality and efficiency. Jean-Pierre Benoît has studied electoral systems and found that what you think about elections may not be true. 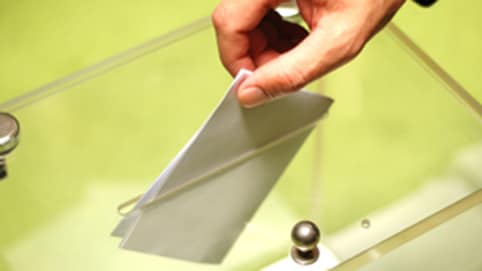 Elected officials who sit on boards making public policy would probably like to believe that they represent the wishes of the constituents who voted them into office. Jean-Pierre Benoît, Professor and Joint Chair of Economics at London Business School, has conducted several studies on voting systems; they show that elections can actually be quite inefficient, often electing people who were by and large the second or third choice of the voters.

Benoît, who recently completed an article on the research he did with Lewis Kornhauser of the School of Law of New York University, says that the possibility of an inefficient election is especially high when several different seats on, say, an assembly, must be filled by voters who cast ballots on a seat-by-seat basis. “Such seat-by-seat procedures are efficient only under extreme conditions,” he says.

“There are some desirable properties usually associated with election systems. Three that are mentioned often are efficiency, anonymity so that all votes are counted equally and neutrality,” he notes. The latter two properties are, of course, bedrock to democratic elections. An election system that does not guarantee the privacy of how everyone voted would be anathema to the promise of a secret ballot. Similarly, the neutrality of those staging an election is also of paramount importance. The rules of elections are tied to such properties.

Voting systems take these rules into account. Most people agree that the candidate with the majority wins the office or seat and that the election must be efficient, anonymous and neutral. Yet, says Professor Benoît, while it may be possible to ensure anonymity and neutrality, efficiency is another matter.

“The anonymity and neutrality requirements simply ask that all ballots be treated equally. Efficiency only requires that if a majority of voters prefer outcome ‘A’, then outcome ‘B’ will not be chosen,” he says. But the analysis of the two professors makes one wonder if such efficiency occurs very often in assembly elections.

“Individuals run for seats on school or government boards (for example, sheriffs, fire chiefs, judges). But, once elected, they vote as a single block. It’s common for voters to select their choices strategically. In our study, we levelled the playing field and restricted the situation to comparing candidates to each other, not how they might interact with other board members,” says Professor Benoît.

“Disturbingly, even when voters rank their choices and vote for their first choice, the end result could be a board made up of all ‘A’ candidates when actually every voter preferred the ‘B’ candidates,” he adds.

How can this happen? As the two professors point out in their article, the individual seats are won by plurality vote. Thus, under the right circumstances in a hypothetical election with only three voters, two of the voters could, in essence, overrule the third voter. Play this out and one can imagine, easily, how, for sheriff, voter two and three locked out voter one; for judge, voter one and three overruled voter two; and for fire chief, voter one and two doused voter three. As long as the voters are comparing two candidates and there are three voters, this inefficiency can result. What applies for a voting population of three could conceivably play out in elections with a voting population of hundreds more.

What is seldom taken into account when elections are analysed is how voters ranked the candidates in terms of whether they shared their points of view or values. For instance, reconsider the hypothetical election profiled above. On the above slate of officers, let’s assume that voter one’s primary concern was to see that sheriff candidate B gain office — because voter one liked the positions that sheriff candidate B espoused. For the same reasons, voter two wants to be sure judge candidate B is elected; and voter three likes fire chief candidate B.

Now, consider again the outcome posited: the voters all ranked the B candidates over the A candidates, based on the true preferences of each voted — but, given the dynamics of how the votes were cast (two voters outweighing the vote of the third), the final tally added up to more votes for each A candidate. In essence, no voter ended up with his or her preferred candidate (or assembly).

“In a non-dictatorship, the voting should result in a block vote representing the wishes of the most voters,” says Professor Benoît; “thus, the outcome of the election must be judged inefficient.”

The two professors have major concerns about elections as a result of their research: “This inefficiency is not specific to plurality voting. On the contrary, we establish an impossibility result: when voting is done on a seat-by-seat basis, the only voting system that is efficient is a dictatorship. We also show that allowing for strategic behaviour on the part of voters and candidates is of no help. Our results raise questions about the electoral rules used in every representative democracy in the world.”

Thankfully, says Professor Benoît, most elections are held with millions of voters; and, with numbers that large, every candidate elected is likely to be someone’s first choice. The important point is that, if efficiency can’t be guaranteed, then those who serve in assemblies may not be representing the priorities of those who voted them into office. Which raises the profound question of whether any election so conducted should continue to be sanctioned (as most are now) — or rejected. After looking at the electoral process critically, Professor Benoît says that “virtually no system found in practice is efficient.”