Why Google’s restructure will bring scrutiny, not satisfaction

Investors like to know where revenue is coming from. This thinking is probably what has led Google to re-structure.

Julian Birkinshaw
Brands Innovation Telecommunications, Media and Technology Management Science and operations
Save to my profile

Investors like to know where revenue is coming from and which businesses are making the most money. This thinking is probably what has led Google to its recent decision to re-structure itself.


Google has done this with a holding company – Alphabet – which presides over a number of operating companies with CEOs and segment-level financial reporting (including Google, Google Ventures, and Calico). This new structure will create enormous problems for them down the road. 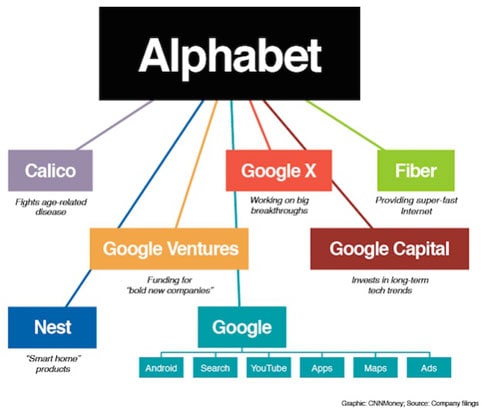 The problem with transparency


Even with its three-class share structure that allows Larry Page and Sergey Brin to retain voting right control, Google is still a PLC and is accountable to its investors. The company is not immune from analyst criticism and from shareholder activism, and the creation of Alphabet is testament to this. The proposition on offer with this new structure is that by increasing transparency and accountability, investors will be happier, and the group will ultimately perform better. But actually this change will have the reverse effect. Consider a very different context – Scottish Nationalism.


In 1997, under pressure from Scottish nationalists, then-Prime Minister Tony Blair agreed to a devolution of powers to Scotland, providing much greater clarity over which decisions would be made by the Scottish Parliament, and which would be made in London. The hope was that this more devolved model would assuage the concerns of the nationalists, and create a sensible balance. Instead, it just resulted in demands for greater autonomy – in this year’s UK

General Election, 48 of 51 Scottish parliamentary seats were won by Scottish Nationalists. The more power they get, the more they want.


So going back to Google, what will be the consequence when Alphabet announces its first set of financial results, with this new-found transparency? We already know that more than 90 per cent of Google’s revenues come from paid search and advertising. What we don’t know – but will shortly discover – is how much money Google is pouring into its non-core businesses and just how unprofitable those businesses are.


Which sounds fine, but investors are notoriously short-sighted. Capital markets are rarely supportive of big risky bets. When Alphabet announces its results, there will be calls for Page and Brin to close down the biggest money-losers, or to spin off the paid search business, so investors can invest in it separately. Even if the amounts of money involved in some of Google’s crazier ventures are relatively small, investors will be saying “why is Google doing this stuff with my money?”


No patience for failure


This is one of the dark sides of transparency. We don’t want to see sausages being made, but we are quite happy to consume the end product. There are many creative tasks we get involved in at work – developing an Ad Campaign, working on a research project, writing a business plan – where we want to finish the project before showing it to others. If our boss demands daily updates, we self-censor our most creative ideas because we don’t want to look stupid. And it’s the same, on a much grander scale, with Google. Investors will struggle to understand Page and Brin’s big ideas, especially while they are still being developed. And they will have no patience for failure.


In an interview with the Financial Times last year, Larry Page said when casting around for a role model for the increasingly diversified Google, that he saw Warren Buffet and Berkshire Hathaway as close to what he was trying to create.


Actually, a better model would be Richard Branson and the Virgin Group. Branson floated Virgin on the London stock market back in the late 1980s, but he took the company private again a few years later, frustrated at the inability of investors and analysts to make sense of what he was doing. While individual Virgin businesses are often listed, the holding company has been privately held for the last twenty years– and Branson has continued to prosper.


I suspect that by creating Alphabet, Page and Brin are opening up a Pandora’s box of commentary and criticism that they could well do without. The only sustainable model for all Google’s really creative business ideas is a Private Equity model, or perhaps a foundation, where they can work on their “moonshot” ventures away from the glare of the public capital markets.

Shubham 7 years and 28 days ago

That's completely correct. I think Google should use the investors money only in its main business rather than risking it into other social ventures.