What it takes: Richard Downs

Richard Downs is founder and chief executive of the ski, cruise and family holiday company, Iglu.com.

Richard Downs
Organisational behaviour
Save to my profile

Richard Downs is founder and chief executive of the ski, cruise and family holiday company, Iglu.com. He graduated from London Business School in 1998. 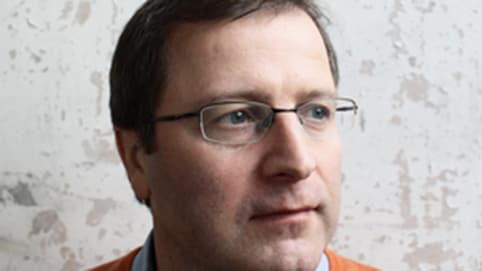 Small is bountiful: I had the idea for Iglu back in 1998. We have been in existence for over a decade and have grown but we are still small and nimble in the way we think. By nature we are very anti-corporate. We are still non-bureaucratic and not meeting oriented even though we now have 120 people.

Have faith: For an entrepreneur, belief is seven-tenths of the job.

Additional funding: At the end of 2009 Matrix Private Equity Partners invested £4.3 million in Iglu.com. This bought them a 35 per cent stake. This enabled us to buy out two of the initial institutional investors and gave us a much clearer run into the future. Now we are entirely debt free.

Patience: It has taken much longer than I ever thought it would to reach this stage. But, in other ways we totally under-estimated where we would be in 2011. After all, when we started out there was no Google or Facebook. The world has changed. Now online commerce is bigger than the UK construction industry. Even the government now appreciates the importance of online commerce as a sector.

The glass?: Entrepreneurs are optimistic by nature. They want to change things.

An education: My previous experience was all about finance. What I have learned is the importance of people. You have to get the right people and then keep them motivated. It can be highly destructive if you get it wrong. You really need a complementary combination of skills. It was one thing we took for granted early on in the businesses’ development.

Toddling: The other lesson I have learned is not to run before you can walk. We expanded into France and elsewhere without having the right people.

Growing into the future: When I encounter someone with a business plan, I realise how far we have come. There is a lot more for us to do. We started off in skiing; then we entered the cruise market and that is now bigger than our ski business. We took our knowledge and were able to apply it to this new sector. We are the largest ski retailer in the UK and the largest online retailer in cruises. There is still a lot more potential and opportunities in Europe to develop.

VCs: You have to remember that VCs are separate organisations with their own objectives. If their goals change you have to be aware of the implications. VCs aren’t all the same. You have to do your homework.

“You look for energy and enthusiasm wherever you can get it.”

Making money: We became profitable in year four and have made a profit ever since, apart from one year. When you’re not making money you don’t have control and that’s when you are vulnerable.

Motivation: I always wanted to start my own company. I felt passionate about the technology, I was a keen skier and I wanted to change the industry. That desire for change is an especially important element in our story and for entrepreneurs more generally.