Volkswagen has had a bumpy ride in the US – glorious success in the 1970s, dismal failure in the late 1980s and early 1990s and now a great success again. What are the reasons for the most recent turnaround? Case prepared by Julian Birkinshaw 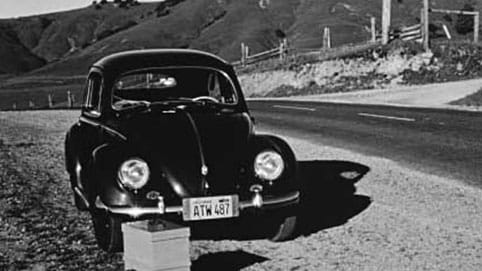 Wolkswagen began importing the Beetle into the US in the early 1950s. The “big three” (GM, Ford, Chrysler) did not take it seriously. One executive called it “a personal insult”. The little car was noisy, cramped, air-cooled and had its engine “where the trunk was meant to be”. But it was enormously successful, with sales growing to a peak of 570,000 in 1970. This was partly due to the Beetle’s unique positioning as a small, affordable car. (“Ugly is only skin deep,” stated one famous ad). But more importantly it achieved cult status among the beatniks and hippies of the 1960s antiestablishment movement.

Success continued into the 1970s. The Beetle was replaced with the Rabbit (Golf in Europe) though it never reached the same level of popularity. Quality problems started to appear. New competitors, particularly Honda and Toyota, arrived in the US for the first time. And the decision in 1978 to start manufacturing in the US proved to be a fateful one for Volkswagen because the cars lost their distinctive European styling and handling.

Through the 1980s, Volkswagen’s US market share declined. The brand’s unique positioning disappeared and the product quality was not up to the standard of Japanese competitors. The manufacturing plant was closed in 1987. By 1993 Volkswagen was selling only 49,500 units in the US and was thought to be losing significant amounts of money. Industry observers were predicting that the company would soon follow the lead of Peugeot, Fiat and Rover and exit the US market.