Value at the bottom of the pyramid 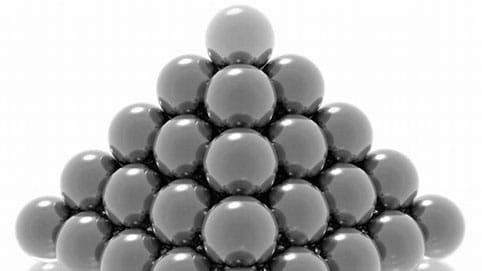 Muhammad Yunus, often called the father of micro-credit, garnered worldwide headlines by winning the 2006 Nobel Peace Prize. He was a pioneer in doing business with the Bottom of the Pyramid (BoP), the population segment with the least resources, which is a subject that is increasingly attracting special attention not only from companies but also from academic institutions. The conditions traditionally required to be able to operate in a market sector – that it be measurable, substantial, accessible, differentiable and operable – can also be met by operating businesses that cater to the population group most neglected by companies until now: the low-income group or, without employing euphemisms, the poor.

The potential of this low-resources market, not only in terms of development of business activity, but also in terms of strengthening ethical values and service, is now an unquestionable fact. The two pillars supporting the idea are:


The critical question yet to be answered is whether BoP businesses are sustainable: can such businesses endure up-and-down business cycles over an extended period of time?

The company that is searching for new markets and business opportunities may find a means of commercial revitalization and ethical commitment by concentrating on the most disadvantaged. Without doing anything out of the ordinary, it can look after its traditional customers – those at the top of the income pyramid – while at the same time concentrating on those at the bottom. Obviously it cannot do this without making essential adjustments, but these do not cancel out the advisability of directing attention to the marketplace found in the BoP.

Low-resource consumers have traditionally been “invisible” to the business world since its efforts have been focused on the upper part of the income pyramid. Low-income consumers have been considered “accidental consumers”; and, when product marketing has met with success among them, most companies have been unable to explain it, since it was unintentional. Perhaps a degree of marketing myopia has prevented the business world from seeing reality and made it difficult to identify new opportunities to create value and do business in unexplored parts of the globe.

This myopia is partly due to a fear of innovation but also due to the lack of comprehension of the needs of the poor. Many companies are working overtime trying to get a fraction of a per cent increase in market share in a developed country, but those same companies are taking a dangerous stance if they fail to address a large potential market: people who earn less than $2,000 a year. Many companies still assume that those with little income only allocate their spending to basic needs, thus making it impossible to do business profitably in BoP regions. What engenders this myopia? We suggest that many companies suffer from three prejudices:

The poor have no money This supposition sounds obvious but is superficial and confusing. Although each member of a family may earn very little, the joint purchasing power of poor families and communities is large.

Spending by the poor is restricted to basic needs On the contrary, the poor usually buy “luxury” items, such as a television or gas stove. Since buying a car or a house is not a realistic option, rather than saving, the poor spend their money on things they can afford that will improve their quality of life.

The poor only buy cheap things Since they cannot obtain bulk discounts, poor consumers usually pay much higher prices than middle-class consumers do for the same goods; consequently, large companies with economies of scale and efficient supply chains have a real opportunity to offer quality goods at affordable prices and with attractive margins.