Turning on the Lights at GE Capital

Des Dearlove
Leadership
Save to my profile
Richard Laxer heads GE Capital in Europe. He explains the GE approach to building business to Des Dearlove. 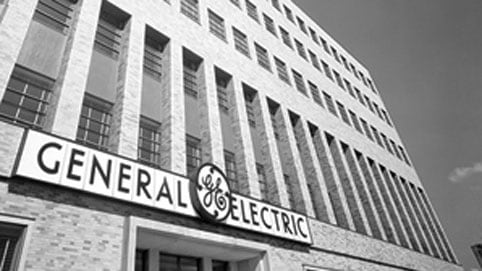 Laxer is president and CEO of GE Capital Europe, Middle East and Africa (EMEA), a position he has held since 2009. He works in an industry where conservative conformity is the norm. But behind his dark eyes there is an unmistakable twinkle when he talks about the GE brand.


“That’s a big part of our message. We sell more than money. We’re builders, not bankers. If all you’re looking for is money then that’s a commodity and there are probably people who can provide it cheaper than we can. But we can give you access to an enterprise that has over one hundred years of industrial history.”

And what a history it is.  More than any other company, perhaps, GE has come to stand for the very best of American management. Under former CEO Jack Welch, the company became a watchword for business performance and management bench strength – a tradition that continues under current CEO, Jeff Immelt.  At its famous leadership development centre at Crotonville, GE has developed generations of exceptional executives.

No wonder Laxer and his colleagues see the famous GE brand as a source of competitive advantage. But if the GE component gives credibility to the builder claim, GE Capital also has the banking muscle to go with it.

In April 2001, Laxer’s role was expanded to include GE Capital’s retail banking operations in EMEA, creating one of the region’s largest commercial and consumer lender with over $80 billion in assets; 19,000 employees; more than five million customers; and operations in 19 countries.

But it is the characterisation as a builder of businesses that catches the eye. For the best part of 120 years, GE has been doing just that -- building businesses that are as robust as they are profitable. Today, the company is a high performing conglomerate, spanning plastics to medical devices; finance to energy.

Drawing on that expertise, GE Capital offers its clients business advice through something it calls GE Access. “You basically get access to the professionals in the different industries and the specialised capabilities to run businesses more efficiently,” Laxer explains.

That can involve anything from advice about how to streamline a firm’s energy bills; to detailed help with logistics; or, in one recent case, providing private equity investors with analysis of the latest trends in healthcare (GE is a big provider of medical devices and other healthcare services).

Laxer is a GE veteran of 27 years. Prior to moving back to Europe in 2009, he was president and CEO of GE Corporate Financial Services – GE’s global corporate lending business – based in the US. Before that, he was president and CEO of GE Capital Solutions, a global asset and leasing provider with operations in more than 30 countries. From 1991 to 2003, he held roles of increasing responsibility at GE Capital Real Estate, ending up running the Asia Pacific operation.

An accomplished GE leader in his own right, a GE officer and member of GE’s Corporate Executive Council, Laxer has also worked with some of the company’s most celebrated leaders – including Welch and Immelt. So what has he learned from watching them up close?

“I think there are some similarities that all GE leaders have, and Jack and Jeff set the tone with that. One is about integrity; there’s just the right way of doing things, and that’s at the foundation of everything we do. If we’re going to win, we’re going to win the right way. The second thing is the passion and commitment to over-achieve, to outperform. Leaders like Jack and Jeff look to get more out of people; to deliver more for our customers, to deliver more for our investors.”

“So, there’s a passion and commitment to being great. And then there’s a thirst for learning and getting better. I love one of the stories about Jack. Towards the end of his run, we were trying to buy Honeywell, and right before they were going to make a presentation to the press, he called our PR people and said I want to have a coaching session for an hour to practice my answers. Here he is, Jack Welch weeks, literally, before he retires, and you’d think he’s got it at that point, but he sits down and says, you know what, I want to be ready for this. One of the things about our leaders that’s very important is a sense of knowing what you don’t know, and the thirst to get better at it.”

In recent years, Laxer has worked more closely with Immelt. So what has he learned from the current GE CEO?

“Jeff’s different from a couple of standpoints; Jack was a chemical engineer, Jeff is an MBA from Harvard with a focus on sales. Jeff is very externally focused; he’ll spend a lot of time trying to understand the market, then he’ll come back and develop his strategy. Jack was more theoretical, he thought about the business and then went to the market with his strategy. Jeff is great with customers, great with people; he can carry a room. So could Jack.”

A vital lesson Laxer picked up from Immelt was the need to be reflective – to constantly think about how he spends his time, especially the balance between external and internal focus.

All of this talk of Welch and Immelt should not distract from Laxer’s own leadership. The way he runs his business has six components: three external and three internal.

“I make sure that within each week I touch each one of these in a meaningful way. One starts with the market, getting a sense of what’s going on -- and that’s the economy, talking to people who’ve got the newest information, reading the newspaper and so on. Then it’s customers; I was out with customers two days last week, and I’ve got two days with customers this week. And then thirdly, on the external side, it is understanding what the competitive set is: what our competitors are doing.”

The other three of Laxer’s six components are the internal dimensions.

The first of these is what he calls the GE operating rhythm. It is rhythm that is almost palpable in the company and allows people inside GE to synchronise their commercial watches to ensure the smooth running of the machine. Maintaining that rhythm is essential to allow Laxer to focus his attention outside.

“This is where I free up the capacity for the external side, because the internal side can consume you. You can be very busy and have no sense of what’s going on in the real world. So the first internal component is creating an operating rhythm. GE is known and renowned for its operating rhythm and growth playbook, all these things that we do, and they come at a certain time of year, so you can plan your schedule.”

The second component is strategy. “My job is to create a strategy for the business,” Laxer explains. “I spend a lot of time on that and the only way I can do it is by staying close to what’s happening externally. It can’t be a strategy that’s developed in a vacuum; it has to be something that reflects the real world.”

His third internal focus is on the organisation itself. “The last thing I spend a lot of time on is the organisation because I’m only as good as the people I pick. I spend a lot of time on getting to know the people coming up in the system, so I know how to develop their careers and help guide them. I want to make sure the 20 people who work directly for me are the best they can be.”

The obsession with getting the best out of people is another GE hallmark. It explains the company’s strength in depth. So what does Laxer look for when he recruits people?

“So, my CFO is one of the more gifted CFOs in the company, I get his business perspective as well as his financial acumen. I’ve got to have both. My head of operations has seen commercial and consumer businesses over her career; she knows how to run operations, she knows how to guide IT, but she’s got a view on what the business should be doing. So, all my leaders and the people that I’m bringing up have to have that ability to go beyond where they are today, and add a perspective beyond their domain.”

How does Laxer see his role as CEO? He is unequivocal about one thing. “I’m not an operating guy anymore,” he says. The phrase is telling. Making the transition from operational manager to general manager and ultimately to senior manager is notoriously hard. How did Laxer find it?

“It’s true, some people don’t make the shift,” he says. “Some organisations aren’t good at helping people make it. In a lot of organisations, they simply take the best sales person and make him or her the leader. Leadership and sales excellence can be one and the same, but they often aren’t.

“So, it is a conscious choice I think you make, and it requires two things; one is picking great people, and, two is leading them, not managing them. And that’s where a lot of people make the mistake; it’s that they think they can manage people. Managing people, basically is telling them what to do, and asking them to do it as if you did it yourself. Leading them is picking great people, creating a shared vision and strategy for the business, and allowing them to go execute. And I know that in my career I preferred guys that led me versus managed me.”

He believes that is what his people want from him.  “The ability to create a framework, giving people the ability to go out and make some mistakes – because you have to make mistakes to learn. But also to have the right kind of mechanisms in place so that they know there is support for them. They have to be able to say, hey, you know what, I’m in over my head, or, I need help here, and that we’ve got the mechanisms in place to know that early.”

If Laxer is clear eyed about the demands on him as a leader, he is equally forthright about what he requires of his followers.

“I tell my guys, give me bad news faster than good news, because the later you give me bad news, the less I can help. Good news, yes, I’m always happy to have that, and bring it along, especially in the environment that we’re in. It’s about creating a framework, and the most important thing that I can do is pick good people. If I pick bad people, I’m dead.

“And I’ve been lucky; I’ve got a great HR team, and I’ve created an environment where people know that if they do well for me, they will get recognised and grow.”