Randall S Peterson
Psychology
Save to my profile 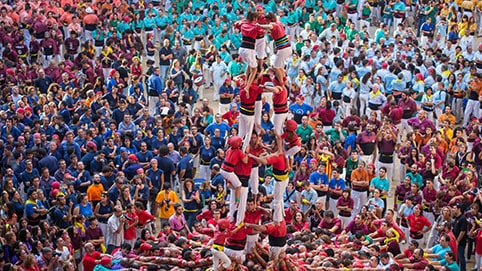 Earlier this year, there was a furore around the NBC Nightly News anchorman Brian Williams. His recollections of being under fire in a helicopter were proved incorrect. The programme’s rating fell and Williams went on the broadcasting equivalent of gardening leave, his career possibly terminally damaged. The key ingredient in the story of Brian Williams was one that is vital to any relationship – between employee and employer, leader and team member, parent and child, spouses and siblings: trust.

While trust and relationships are key to success in the world of business, the language of management and leadership is curiously selective. Certain words are not used or used with extreme caution. One of those is the word trust. In the boardroom or C-suite, the word is only used in extremis. In a moment of crisis, an executive may ask, “Can I trust you?” Or they may blithely and worryingly say, “Trust me.” People are sometimes fired for not being trustworthy. But, mostly, the entire concept of trust is brushed under the corporate carpet.

Trust is defined (by the Merriam Webster dictionary) as the “belief that someone or something is reliable, good, honest, effective, etc.” Already you see the difficulty. For many, trust is more of an aspiration than a daily deliverable. Trust is troublesome. At the same time, we sense that trust is a good thing – like authenticity and ethics – but not necessarily what allows you to succeed in a corporation. Indeed, Machiavellian wisdom suggests that negotiating the political labyrinth of an organisation requires the unprepossessing ability of not trusting anyone at all.

Randall Peterson of London Business School is a long-term researcher into the realities of trust in organisations. His work began, some 15 years ago, investigating task and relationship conflicts within groups. The research looked at whether the two forms of conflict could be separated. The absence or otherwise of trust was found to be the great divider. “I’ve been interested in trust ever since as a kind of an elixir or fixer of problems in groups,” he says.

Peterson’s most recent research looks at diverse levels of propensity to trust in groups and how this plays out. If some in a group are inclined to trust others and others are not, what happens? Nothing particularly productive is the answer. You actually see a strong downwards spiral of lack of trust, conflict and poor performance. Indeed, one albeit impractical conclusion from the research is that organisations need teams full of highly trusting people or teams full of non-trusting people.

Diversity in propensity to trust is dangerous. Diversity’s much lauded benefits can become buried as social cohesion in a group is frayed, and sometimes destroyed. “The predominant view of research on diversity is that it can be either good or bad but, in fact, in many cases it is both,” Peterson explains. “Diversity is good because it gives you a different perspective, but it is bad because it makes it hard to work with each other because of the lack of social cohesion. Indeed, the power of the social cohesion problem seems to overwhelm the upside possibilities of sharing perspectives or having different perspectives on the same problem. Usually you end up with some trade-of both ways but in this case we found a situation where it actually really is just mostly on one side.”

Peterson’s research investigates the concept of upwards or downwards spirals in groups – once a group starts down a negative path there are ever more arguments, task conflict, lower trust and worse performance. The good news is that the reverse can happen and an upward spiral be created. Peterson’s most recent research utilises a brand-new statistical technique that actually shows a continuing spiral over time.
The research used groups of MBA students as guinea pigs. They are, Peterson laughs, perfect research participants: “They’re business people, but you can also get some control at the same time. So, it ticks both boxes as it were; both a realistic audience – not just a bunch of undergrads in a lab – but also you can have some control over groups all starting at the same time, working on the same things, having common grading schemes, and so on, which is hard to get when working in the real world.”

The 801 MBA students were surveyed prior to coming to business school, after one week of working with their assigned group, at the end of the term and again on their grading. The research aimed to find out more about their propensity to trust, the frustration experienced as they worked together and how they perceived similarities between team members, levels of intragroup trust, relationship conflict and group performance.
“Diversity in group members’ propensity to trust, or individual differences among group members in their tendency to trust others, is sufficient to trigger a downward trust spiral in groups,” concludes the research. “Specifically, diversity in propensity to trust others results in cognitive perceptions of low similarity among group members, which reduces the climate of trust early in a group’s development. Once initial intragroup trust is low, the group experiences relationship conflict behaviours that further reduce intragroup trust and ultimately results in poor group performance.”

The eye-opening thing for the MBA students involved in the research was that widely different levels of willingness to trust were evident among people with apparently shared backgrounds and values. “We jump to conclusions – somebody who looks different is going to be different and somebody who looks like me is going to be the same – and it may be exactly the opposite,” says Peterson. “So you can get really thrown by that and that is some of what’s going on with the MBA students in our research. They’re all MBAs. They’re joining the same programme together. They have a shared set of values at one level and they just don’t expect people to be that different on this stuff.”

Of course, the stereotype of MBA students is that they are hungry and ambitious, leaving no stone unturned in their quest for success. There is, it seems, some truth in the stereotype: the majority of MBA students in the research are low on the propensity to trust. Equally, research elsewhere shows that the majority of people who get promoted in business are low on propensity to trust. Machiavelli is alive and well and being fast tracked. Peterson shrugs. This is reality. “Because organisations are political and you have to tell people bad news and be competitive, they tend not to be led by people who are overly trusting.”

The lack of trust in the corporate corridors raises many interesting questions and broad research vistas for academics like Peterson. “It does mean that there are lots of missed opportunities to collaborate and I always talk about this in my MBA class. That’s the problem. People always talk about innovation and collaboration, but it’s actually hard when you get the kind of people who tend to succeed in a political organisation. It tends not to be those people. So, the system squeezes a lot of them out.”

The self-perpetuating, daunting and perhaps depressing reality is that the people who are low on trust running organisations are suspicious of people who are high on trust.
All is not lost for those who are highly trusting. They may not fill boardrooms or MBA classes but they are in demand elsewhere. “Who do you want teaching your children?” asks Peterson. “The ones who trust and want to build relationships etc., or the ones who are deeply suspicious of everyone? Well, teachers of the younger ages in particular are overwhelmingly high on their willingness to trust. Any helping profession is going to be overwhelmingly high on propensity to trust people.” (Interestingly, research suggests that the higher orders of the Roman Catholic Church are very low in terms of their willingness to trust people, while the lower orders are very high.)