Transform your business model by discovering your Plan B

If the founders of Google, Starbucks, or PayPal had stuck to their original business plans, we’d likely never have heard of them.

If the founders of Google, Starbucks, or PayPal had stuck to their original business plans, we’d likely never have heard of them. 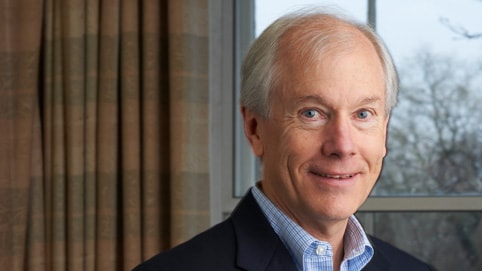 Instead, they made radical changes to their initial models, became household names, and delivered huge returns for their founders and investors.  How did they get from their Plan A to a business model that worked?   Why did they succeed when most new ventures crash and burn?

Let’s face an uncomfortable fact: the typical startup process, largely driven by poorly conceived business plans based on untested assumptions, is seriously flawed.  Most new ventures, even those with venture capital backing, share one common characteristic.  They fail.  But there is a better way to launch new ideas—without wasting years of your time and loads of investors’ money.  This better way is about discovering a business model that really works: a Plan B which grows out of the original idea, builds on it, and once it’s in place, enables the business to grow rapidly and prosper.

Getting to Plan B in Your Business

How can you break through to a business model that will work for your business?  First, you’ll need a new idea to pursue.  The best ideas resolve somebody’s pain: some customer problem you’ve identified for which you have a solution that might work.  Google, for example, makes hard-to-find information instantly accessible. Alternatively, some good ideas take something in customers’ lives that’s pretty boring – think old-fashioned coffee shops, many of them now gone, supplanted by Starbucks, Costa and their brethren – and create something so superior it provides true customer delight.

Next, you’ll need to identify some analogs, portions of which you can be borrow or adapt to help you understand the economics and various other facets of your proposed business and its business model.  You’ll need antilogs, too.  Analogs and antilogs don’t have to only be from your own industry, though.  Sometimes the most valuable insights come from unusual sources, as was the case for Steve Jobs in turning Apple from an innovative but struggling PC-maker into a music industry phenomenon – and then some. Jobs copied ideas from Sony’s Walkman, Napster’s free but illegal downloads, and more.

Having identified both analogs and antilogs, you can quickly reach conclusions about some things that are known about your venture.  But it is not what you know that will likely scupper your Plan A – it’s what you don’t know.  The questions you cannot answer from historical precedent lead to your leaps of faith – beliefs you hold about the answers to your questions despite having no real evidence that these beliefs are actually true.

To address your leaps of faith, you’ll have to start experimenting!  Identify your leaps of faith early and devise ways to test hypotheses that will prove or refute them. By doing so, you are in a position to learn whether or not your Plan A will work before you waste too much time and money. Fail early, fail cheaply, and move on.

The Five Elements of Every Business Model

But what do you actually need to consider when developing a better business model? Every model needs to quantitatively address five key elements:

Uncovering useful analogs and antilogs, identifying your most important leaps of faith, and testing a series of hypotheses to inform all five elements of your business model doesn’t happen in a single ”eureka” moment.   Getting to a viable Plan B is a journey that can take numerous iterations over months, perhaps years.  For PayPal, what eventually worked was founder Max Levchin’s Plan G!

Most business plans assume that most everything is already known up front – not the case, as the PayPal example shows.  As the famed American general in World War II, Douglas MacArthur, is reputed to have said, “No plan ever survives its first encounter with the enemy.”

The process articulated here is a healthy alternative to the straight-jacket of traditional business planning practices – to enable you to anticipate and move beyond a failing Plan A.  It is a process designed for learning and discovering, rather than for pitching and selling.  It’s a process that recognizes the cold, hard facts – most often, what ultimately works is not the Plan A that is so persuasively articulated in the original plan.  Instead, it’s Plan B.