What makes your organisation different?

Anna Johnston
Save to my profile

What makes your organisation different? If you can’t answer in a sentence or two, your company could be suffering from low employee engagement. What’s the fix? 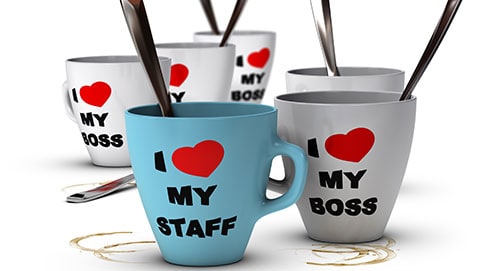 Employee engagement may have become mainstream management thinking over the last decade, but it’s entering a new sphere. Rather than existing for mere mutual gains – and creating candy-sweet win-win situations for employees and their employers – without engagement, companies are losing talent, customers and with that, their business.

What do we already know about engaged employees? They’re often happier and more satisfied with the work they do, which leads to better productivity, reduced turnover and increased revenue. Despite this knowledge, while some companies are getting it right, many fail in the engagement stakes.

Glassdoor, the fastest growing jobs and recruiting site, holds a database of more than eight million company reviews, CEO approval ratings, salary reports, and brutally honest interview reports. What’s more, it offers real-time insight. Top companies that feature usually have one thing in common: they treat workers as they promised they would. Companies who fare worse, including Microsoft, which is still contending with reviews it’s a ‘political and bureaucratic’ place to work, don’t live up to their recruitment pitch.

According to Gallup’s ‘State of the American Workplace’, only 30% of employees consider themselves engaged at work. Elsewhere the UK CIPD 2015 ‘Employee Outlook’ report based on 2,226 responses from a range of industries revealed nearly 50% of employees described their current organisation as a formal place to work. Yet when asked to select their preferred working environment, 55% said they would rather be part of an organisation with a family feel. Organisations and their shop-window promises don’t match up.

Getting your culture proposition right

Tammy Erickson, Adjunct Professor, Organisational Behaviour at London Business School (LBS) says that after researching organisations with passionate, committed and engaged people, she discovered quite the opposite to a pattern: they were all in fact wonderfully different. “I use the words quirky or even weird,” she says. That was their distinction. Whether their DNA drove down from a charismatic leader or a clear set of values from the executive team, they knew they were different, how they were different and communicated their promise to be so.

“Some of the companies were on the foosball-in-the-lounge end of the spectrum. Others were family orientated. Some were pretty cutthroat. But what they all had in common is that the people who had chosen to work there, loved it,” says Erickson.

“These companies had gotten really good at letting people know about who they were and what it was going to be like to work there.”

Get the right people on the bus

Whoever ends up with the best talent wins the war. And to do that, you need to be a great place to work because really talented people can work anywhere they want.


These are the words of management thinker, Jim Collins who wrote Good to Great. When Erickson chatted with him she asked, “How do we do that then Jim?” To which he replied, “I can’t tell you how, because every company wants different people.” It’s not a matter of getting the best people, it’s about getting the right people. Erickson adds: “You want the ones who are predisposed to love working in your organisation. That’s the secret of high engagement.”

And you can’t bribe people to come to work. It’s not about the money.

Paul Purcell, chairman and former chief executive officer of Baird, knows that all too well. Baird is an employee-owned financial services firm, which has been listed among one of FORTUNE’s 100 ‘Best Companies to Work For’ since 2004, and is committed to its ‘no jerk’ policy – ruling out potential employees who put themselves ahead of clients or the firm. “You can win some battles with money, but you’re not going to win the war,” he says.

“Whoever ends up with the best talent wins the war. And to do that, you need to be a great place to work because really talented people can work anywhere they want.”

The average senior person at Baird has worked there for 17 years, unusual for the financial services industry where turnover is typically high. So, how do they do it?

Baird has 3300 associates, more than two-thirds of whom are shareholders. It hires 3-400 people a year. More than 55,000 applications are banked. Added to that, each person shortlisted is put through 12-16 interviews. “When we recruit, we look for high integrity. It’s about succeeding but also how you succeed. In financial services, finding those people, well, you need to do a lot of interviews,” Purcell admits. “We call it our jerk policy.” Because of the culture of the place and the types of people that will fit, he does something rather unusual in interviews. “I say to them, ‘If you’re an asshole, we’ll figure it out and we’ll fire you.’ And the people who smile are okay. The people who don’t smile, guess what? They don’t join us.”

That’s the next thing to say in interviews according to Glenn Elliott, founder and chief executive officer of Reward Gateway – a world leader in integrated employee engagement software, allowing organisations to attract, engage and retain the best talent.

He points to Netflix’s culture slide deck which went viral after being viewed more than five million times. Sheryl Sandberg called it one of the most important documents ever to come out of Silicon Valley. But Elliott isn’t focused on the famed concept that workers should be allowed to take whatever vacation time they feel they’ve worked for, he’s interested in this statement: “Average performance will get a generous severance package.” Netflix wants stars, Netflix gets stars – average simply doesn’t cut it. Even CEO Reed Hastings confessed it was a pretty blunt statement of their hunger for excellence. Elliott says: “It’s incredibly important that companies aren’t frightened to put statements like that out there, not every company is suited to everyone.”

The work should be meaningful and going somewhere. Employees should want the organisation to succeed.

“The work should be meaningful and going somewhere. Employees should want the organisation to succeed.”

But to make the organisation succeed, requires constant change and innovation.

“Innovation is what I call personally expensive,” says Elliott. “To innovate, organisations think that it’s financially expensive but to an individual, it’s expensive. If I’m going to suggest an idea, I have to put myself in a vulnerable place. I have to prepare to be wrong, to look stupid.

“In my company, if you’re not failing, you’re not innovating enough.”

And because innovation is personally expensive, the only people who can do it are engaged – after all, if you give the bare minimum, why would you put yourself through that?

Apart from saying to employees ‘If you don’t love it leave it’, what should companies do to retain engaged workers?To keep that all-important-promise to employees, Erickson recommends three steps.

1. Find out what promise you communicated

When your employees made the choice to join you, what did they think your environment was going to be like? It might be that you didn’t do a good job of making the values clear from the beginning. More frequently, as companies grow or evolve, they lose the plotline, and so what had been a very sharp and distinct value proposition, has withered away.

Companies often design their proposition and then park it on a shelf. But the world changes and realistically they can no longer live up to the promise they originally made. And they have to be courageous enough to say this out loud. They have to say, “We are no longer a company that can offer that kind of environment. We can now offer this.”

What can you offer them now? Don’t start point two unless you’ve got the “we now offer this” part figured out. Have something positive to say about how it is that you’ve evolved. Not everybody will go for it. But you have some chance at least, if you’re open and transparent about the change.

Above all, don’t lose what makes your promise wonderfully different in the first place.