The trouble with gazprom

Are Russian companies getting ready to expand globally? Kevin Krogmann thinks they are, but it won't be easy for Russia (or us) to ...

Kevin Krogmann
Business management and operation
Save to my profile

Are Russian companies getting ready to expand globally? Kevin Krogmann thinks they are, but it won't be easy for Russia (or us) to forget its cultural roots. 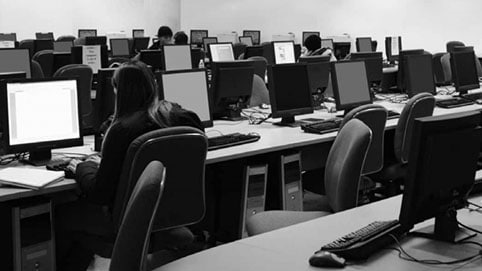 Rumours that the Russian natural gas monopoly Gazprom was preparing to make a bid for British gas distributor Centrica raised worried eyebrows in London at the beginning of 2006. In some ways, the rumoured bid, were it to materialise, would be indicative of a trend that has seen leading companies from developing countries targeting companies in traditionally developed economies. The Chinese PC-maker Legend’s takeover of IBM’s PC business and the Indian steel conglomerate Mittal’s bid for Luxembourg-based Accelor are among the highest profile examples of this trend.

So where is Russia in the world business community? Though statistical inaccuracies, complex international ownership structures, and the country’s recent history of capital flight make it difficult to accurately measure Russian direct investment in foreign companies, Russia would seem to be no different from China, India, or the UAE: Each would seem to be well positioned to expand its base of business ever more globally. Russian Foreign Direct Investment stocks are estimated at roughly $80 - $100 billion in 2004. More importantly, the vast majority of this foreign investment has been recent, vastly expanding since 2003 as Russian corporate earnings have skyrocketed, buoyed by high commodity prices. In such a setting, it seems natural that cash-flush Gazprom would be considering foreign acquisitions.

In another way, the events surrounding Gazprom’s would-be bid were unusual. The British government, known for its liberal stance on foreign ownership of British companies, responded in a decidedly cool tone. The same government that had tried to sell the British carmaker Rover to the China-based Shanghai Motor Company responded on the same day that the Gazprom-takeover rumours pushed Centrica’s stock up by 25 per cent that any bid would receive “robust scrutiny”. Many specialists, seeing the logic of the deal, speculated that the British government would not stomach the takeover by the Russian giant.

Both Gazprom’s reception and the Ukrainian gas deal suggest that Russia’s corporate managers may be ill-equipped to deal with the cultural minefield they face when expanding abroad, especially to the West. As a company, Gazprom is a special example; but as Russian corporate management increasingly seeks to expand their companies in foreign countries, especially in the West, they will need to be more aware of their cultural identity and become more adept at managing cultural issues, both to realise politically sensitive expansion plans and to realise maximum value from their acquisitions. The starting point for this process must be a proper understanding of the influence of Russian culture on its management culture.