Tata Motors is one of the world’s most talked-about companies.

Tata Motors is one of the world’s most talked-about companies. Its new ultra-low-cost Nano car is being heralded as “the people’s car”. Vice-Chairman of the Board, Ravi Kant, talks with Stuart Crainer about India, emerging markets and how to lead in turbulent times. 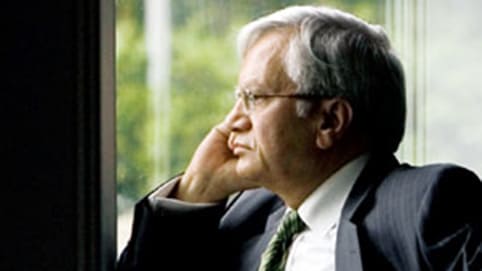 How “emerging” a market is India today?

It is still an emerging market because, although demand and consumption are going up, there are still too many bottlenecks in the system — both with regard to infrastructure and to processes.

Do business leaders in emerging markets face different challenges from those in developed countries?

Yes. A lot of productivity and time go into trying to go around or over obstacles, and that really saps one’s capacity and ability to do things. Some tasks that may take just one day in a more mature market, here may take one week or one month. Even then, the process is fraught with a lot of uncertainty and challenges and, therefore, a leader’s productivity drops very substantially.

What sorts of obstacles?

I’m talking about transportation logistics, for example. What may take one day of transit in a mature market, here may take five days — and still there will be uncertainty. Then, too, are the processes involved in doing business. You’re always hamstrung by a bureaucracy in which somebody may come unexpectedly to check things — or somebody else may come to make sure that your business meets 1,001 rules and regulations that really slow you down (even though, being a good corporation, you want to follow all the rules).

What can companies in emerging markets learn from Tata Motors?

Well, number one is definitely the vision and the aggressive stance that Tata Motors has taken, most particularly in the last 10 years or so, to break out of the normal growth pattern and to look at opportunities in the market as they emerge. We then try to convert those opportunities into real business.

Second, Tata Motors has a very strong, wide base of Indian loyalty, and that is helping us substantially in creation of products. We build small to very large trucks. We build bulk passenger carriers like buses, small and large. We build passenger vehicles and multi-utility vehicles. The range is vast; and, therefore, to see that you maintain a strong position, you need to spend a lot of time, effort and money to maintain that leadership position.

The Nano is the least expensive personal vehicle, I believe.

Are you creating a new market with it? I think so. We are creating a new market because this market did not exist earlier; and, although we started out by saying this would mainly appeal to drivers who take their whole families on a two-wheeler vehicle, it is beginning to appeal to a large number of people who are not in the market for four-wheelers at all. For example, and suddenly, the Nano is appealing to younger people, older people, very older people and women — people who never thought they would be shopping for a four-wheeler. A whole lot of new people are emerging as prospective customers, so the Nano is definitely creating a new segment for itself, and the segment is only going to increase year on year, at least for the next 10 years.

Is there a distinctively Indian way of running a business?

I won’t say distinctly Indian because there are different ways in India to run a business. I can talk about a distinctly Tata way of running a business.

Say more about the Tata way.

To understand it, one has to appreciate two perspectives. First, I have to go back into history. The Tata Group was essentially formed in 1868 by Jamsetji Nusserwanji Tata who, with his sons, created two public charitable trusts and gave their entire share holdings to these trusts. Today these trusts control nearly two-thirds of Tata Sons, which is the holding company that oversees the different Tata companies. The Tata Group operates globally in more than 80 countries. There are more than 100 companies in seven business sectors.

Each company is governed by its own independent board of directors and has its own strategy and listings; however, each company is connected with the group by adhering to certain values and processes. Today, Ratan Tata, the Group Chairman, and his family own a very small percentage of shares; so there is strong concept of trusteeship, not ownership, throughout all the companies. Mr Tata heads the Tata Group by virtue of being trustee of those trusts and not as the owner — and that perspective permeates throughout the management levels within the company.

This is one dimension to how we manage. The second is that the founder, when he started setting up businesses, had the very devolutionary idea that, whatever comes from society, should go back to the society in some form or the other. That means you hold in trust what you are getting from the society, and you give it back to the society.

Thus, Tata has a very different kind of culture or ethos, if I may say so, and this permeates the entire Tata Group, which leads to better corporate governance. Under this approach, there are better ethical values, different ways of doing things and better records of showing concern for society. There is a greater caring for people and caring for things around our businesses. Tata’s values and group culture are unique, compared to other businesses, which also means that many times there are much greater problems and difficulties in getting things done.

The full interview with Ravi Kant can be found in the Summer 2010 issue of Business Strategy Review.