Management ideas come and go with ever-increasing rapidity. But when did the corporate appetite for management cure-alls begin? And does ... 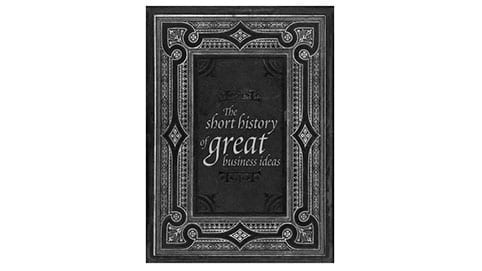 But when did the corporate appetite for management cure-alls begin? And does the application of these management steroids actually enhance business performance? Stuart Crainer and Des Dearlove trace the short history of management fads back to the 1970s and ask: Whatever happened to yesterday’s bright ideas?

The 1970s was a miserable decade for the Western corporate world. Oil and inflation crises were followed by even deeper crises of business confidence. As Europe and the US lurched from one economic disaster to the next, the Japanese juggernaut was accelerating into the distance.

With the death knell for the American model of capitalism ringing out, there was no shortage of obituary notices. The most famous and accurate came from two Harvard Business School academics, Robert Hayes and Bill Abernathy. Their article “Managing our way to economic decline” came out in the July/August 1980 issue of the Harvard Business Review. It proved grim and highly influential reading.

Hayes and Abernathy had wrestled with the demons of decline and emerged dismayed. Their message was that management was the problem: Forget about union militancy, forget about foreign competition; look upstairs to the boardroom. An article buried in the Harvard Business Review does not usually excite or ignite debate. This one did. Hayes and Abernathy announced that corporate America was approaching its final hours; people were ready for its resurrection.

Meanwhile, a young associate at McKinsey & Co. was given an intriguing assignment. His job was to travel the world and seek out best managerial practices wherever he could find them. His name was Thomas J Peters.

Undaunted by the magnitude of his task, the energetic and inquisitive Peters assiduously cultivated business and academic contacts, visiting business schools, corporate offices and factories in the US and abroad. Along the way, his search for best practices became a book project, and a McKinsey colleague, Robert H Waterman, was enlisted to help in what was eventually published in the fall of 1982 as In Search of Excellence.

The timing was impeccable. The McKinsey duo poured soothing oils on troubled corporate waters. Their message was one of hope. Parts of corporate America remained pre-eminent in the business world. The rest simply had to learn from the best of the best.

Ideas suddenly had a currency of their own. “There was a huge surge of interest. Really it brought legitimacy to the field of management. The agenda was to come up with radical ideas to help America regain its competitiveness,” says Kathryn Rudie Harrigan of Columbia University, whose 1980s work on alliances and joint ventures, as well as mature and declining industries, was highly influential. “At the same time, there were a lot of easy apples – areas like strategic alliances simply hadn’t been looked at before.”

Business school academics began to wield influence. People listened. There were Hayes and Abernathy at Harvard Business School. Rosabeth Moss Kanter began her illustrious career with the publication of Men and Women of the Corporation and Change Masters. So, too, did Michael Porter whose Competitive Strategy was first published in 1980.

Elsewhere, eyes turned to Japan. In 1981, Richard Pascale and Tony Athos, academics at Stanford and Harvard respectively, penned The Art of Japanese Management. The book introduced the world to the Seven S framework – a concept hatched along with Peters and Waterman. The Japanese thinker Kenichi Ohmae explained the Japanese approach to strategy. Quality gurus emerged from obscurity – most notably W Edwards Deming, Joseph Juran and Philip Crosby.

And, to add froth to the ferment of ideas, there was a clutch of futurists – most notably John Naisbitt and Alvin Toffler – and a host of self-help evangelists. Ken Blanchard struck gold with The One Minute Manager and, later in the decade, Stephen Covey unveiled his seven habits.

“What occurred in the late 1970s and early 1980s was a convergence of three factors,” says Richard Pascale. “First, the convulsions during and after the Vietnam War called authority into question in every sphere. Business, if not a pariah, was certainly an inappropriate topic of polite social conversation. Second, Japanese competitiveness woke Americans up from our hubris. The threat wasn’t just about companies in distress; it was about jobs. Third, the onset of the 1980s brought the onslaught of a disruptive technological change and truly global competition. Formerly slumbering oligopolies – GE, 3M, IBM, WR Grace, ITT, ATT – all found themselves on their back foot. Their quest for answers credentialised the gurus and their ideas.”