What is the best way to organise a company? From the shamrock to the Triple I, Charles Handy has led the debate

What is the best way to organise a company? From the shamrock to the Triple I, Charles Handy has led the debate. 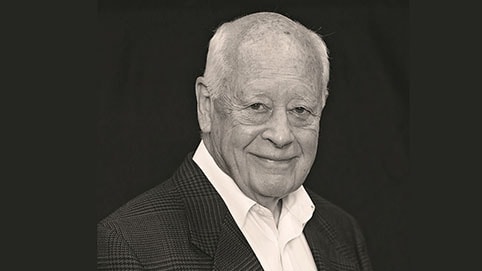 Throughout the last 30 years, the organisational structure most appropriate for the future has been widely discussed. The British management thinker Charles Handy has been one of the most respected participants in this debate. He anticipated that certain forms of organisation would become dominant. These were the type of organisation most readily associated with service industries.


First and most famously was Handy’s “shamrock” organisation. The shamrock organisation describes a type of organisational structure with three parts, or leaves: “A form of organisation based around a core of essential executives and workers supported by outside contractors and part-time help”


This model and variations of it are often used to explain the move to outsourcing non-core functions. In Handy’s analogy, the top leaf of the shamrock represents the core staff of the organisation. These people are likely to be highly trained professionals who make up the senior management.


The second leaf consists of the contractual fringe – individuals or other organisations – and may include people who once worked for the organisation but now provide it with services. These individuals operate within the broad framework set down by the core, but have a high level of discretionary decision-making power to complete projects or deliver contacts.


The third leaf includes the flexible labour force. More than simply hired hands, in Handy’s model, these workers have to be sufficiently close to the organisation to feel a sense of commitment, which ensures that their work – although part-time or intermittent – is carried out to a high standard.


The second emergent structure identified by Handy was the “federal” organisation. ¬This is not, he pointed out, another word for decentralisation. He provided a blueprint for federal organisations in which the central function coordinates, in influences, advises and suggests. It does not dictate terms or short-term decisions. ¬The centre is, however, concerned with long-term strategy. It is “at the middle of things and is not a polite word for the top or even for head office”


The third type of organisation Handy anticipated is what he called “the Triple I” – information, intelligence and ideas.


In such organisations, the demands on personnel management are large. Handy explained: “the wise organisation already knows that their smart people are not to be easily defined as workers or as managers but as individuals, as specialists, as professionals or executives, or as leaders (the older terms of manager and worker are dropping out of use), and that both they and the organisation also need to be obsessed with the pursuit of learning if they are going to keep up with the pace of change.”


Handy subsequently suggested that successful organisations of the future will be what he calls “membership communities.” His logic is that in order to hold people to an organisation that can no longer promise them a job for life, companies have to offer some other form of continuity and sense of belonging. To do this, he suggests, companies have to imbue members with certain rights.


What he is advocating in fact is some notion of the federal organisation, built on the principle of subsidiarity. This places a large degree of trust in its core professionals and other knowledge workers.


Under Handy’s membership community model, the centre is kept small and its primary purpose is to be “in charge of the future.” Only if the organisation is severely threatened does decision-making power revert to the centre. This allows the company to react quickly in a crisis. The rest of the time, decision making is highly decentralised.


In this sense, it is similar to the policy-making infrastructure of the United States of America, where authority over foreign policy and other issues affecting national security reside in Washington, but the individual states retain much of the power over local decisions.


At times of great threat to the survival of the nation, however, power flows to the executive arm, so that the president has complete authority over the armed forces as commander-in-chief. The same, Handy suggests, should happen with the new-style company.


Handy’s ideas continue to have relevance to current organisational reality. “I think companies have to wake up to the idea that making more money for shareholders is not the point,” he says. “I think people are hungry for a better world, hungry for some sense of meaning in their work. I don’t think I’m a prophet in the wilderness. I’m trying to give a voice to the silent majority. I think if they had a voice they’d say life could be better and it could be richer. Some people will say I’m naive, but it’s the belief that others feel it too that makes me optimistic.”