The profits of goodness

Ioannis Ioannou
Sustainability
Save to my profile

Is there a link between a company's social responsibility and its profitability? Research from Ioannis Ioannou, Assistant Professor of Strategic and International Management at London Business School, sheds new light on one of the biggest business issues of our times. 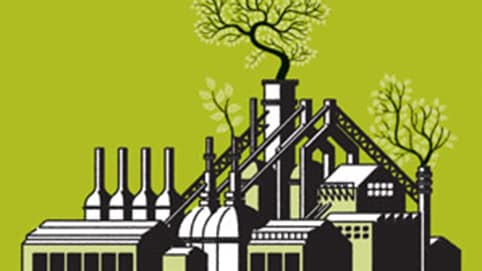 Your research takes a unique view of corporate social responsibility (CSR).  What got you interested in this subject in the first place?

The intersection between the business world and the broader issues of ethics and morality is something I have always been interested in. One of the hot topics that people are discussing in recent years, from the McKinsey Quarterly to CSR-devoted blogs in Forbes, is whether companies that pursue environmental and social initiatives (often popularly labelled as “sustainability initiatives”), if companies engage with several stakeholders and are involved in their local communities, do all or any of such initiatives have a direct impact on financial performance? Is that somehow reflected in their profits? In other words, do such CSR initiatives create real economic value?

It has been very difficult empirically for academics to find any causal relationship. My co-author, George Serafeim from Harvard Business School, and I began thinking about this. We thought that if indeed there is a link between CSR and profitability, then by the time CSR information gets to the capital markets, we should be able to potentially trace the process of value-creation through intermediate steps. The idea being that CSR information does not magically transfer from firms to capital markets but instead, a number of important information intermediaries and institutions are involved in the information dissemination process.

And then we thought of sell-side analysts.  Evidence suggests that they are an important information intermediary and there’s a vast literature examining their role and their impact on capital markets, and stock prices in particular. They essentially reflect the equity holders’ expectations about the future of the company. In other words, their recommendations and long-term growth forecasts reflect, at least to an extent, expectations about value-creation at the firm level.

For example, KLD is the major company producing CSR ratings and rankings in the United States. When these ratings appear in public, we asked in our work, what impact do they have, if any, on sell-side analysts’ recommendations?

We got data from KLD and then took a step back to better understand analysts and the potential reaction they could have to such ratings.  Work in economic sociology, for example, shows that although analysts on average, tend to have accurate forecasts, when companies deviate from what they’ve been traditionally doing in terms of their choice of strategy, in such a way that they seem to be moving away from their traditional industry categorisation, then analysts tend to drop coverage and appear to have a lag in amending their evaluation models to reflect these changing firm behaviours. In the short-run, this is reflected in relatively negative stock recommendations.

So often enough, there is at least some delay before analysts recognise that a change in a company’s strategy might be a beneficial move.  If a company is improving safety standards or moving into a different industry, for example, it is likely to take the analysts a while to understand and incorporate such actions in their valuation models, and therefore reflect the potential long-term benefits for the firm, and the real value creation in their recommendations.

Similarly, in our research we find that until 1997/1998 if you engaged in positive CSR initiatives as a company, analysts tended to penalise you with more negative (i.e. “sell” or “strong sell” recommendations).  After 1998, we find that the trend reverses and becomes positive: it seems that analysts began to understand and think more positively about implementation of positive CSR strategies by the firms.

It’s very interesting.  Then in order to understand why that was the case, we searched for articles that mention the phrase “Corporate Social Responsibility” in the Factiva database, from 1990 to 2001 or later. If you graph the number of mentions over the years, you can see that during the 1990s they are flat and then around 1998 and 1999, there is the beginning of an exponential growth in CSR mentions in the popular press. This tells you that a process of external legitimatisation of these strategies could be taking place, as well as some learning at the analyst level about what impact CSR strategies actually have on a firm’s real value creation potential.

This happened, according to our econometric analysis, around the same time as the analysts’ attitudes towards CSR seem to have changed.  We believe that our work definitely has implications for managers.  In our opinion, it is clear that firms must work closely with the investor community and enhance the interface between them and analysts and investors, letting them know exactly what it is that they’re trying to achieve through their CSR strategy. In this way analysts are fully informed and they fully understand where the firm is headed strategically.  In other words, managers are well advised to educate and inform analysts about what the target is and why stakeholder value maximisation is beneficial for the firm in the long-run, over and above an exclusive focus on shareholder value maximisation.

And where did these findings lead?

We also looked at analysts themselves.  We looked at the number of years’ an analyst has been following a specific firm -- the idea being that if you follow a firm for many years and read all their reports, you’re more likely to be able to understand the strategic implications of CSR.  The other measure was the size of their employer -- larger brokerage houses may provide the analysts with superior research resources, or better administrative support and are thus better positioned to understand the CSR initiatives. Another thing we looked at was the broader exposure the analyst had to CSR initiatives. So, we constructed a composite measure of what we call “CSR awareness” based on the total number of firms the analyst is following and how CSR-strong they are.  We found that analysts of higher ability to understand CSR are more likely to incorporate positively CSR strategies in their recommendations.

What are the surprises in the research from your point of view?

The main surprise was the shift in how analysts respond to the implementation of CSR strategies: in the early years, analysts were essentially penalising companies pursuing positive CSR strategies, and this trend only reversed around 1998, in our sample. We believe that with our analysis using over 16 years of data, we detected, at least to an extent, a change in the investment community’s perception of CSR.

Could you extrapolate from that and think of other management practices and ideas – to measure how something like the balanced scorecard has affected management.

Potentially, yes, we can now link this to a number of things. If you think of a company migrating from an exclusive shareholder-value maximization model towards a business model that is focused on a more holistic view of stakeholder management, then one could argue that that’s a very different business model altogether. In the words of Julian Birkinshaw of London Business School, and others, this could be a form of “business model innovation”.  And, if that’s true, our work implies that such innovation could initially be greeted with a negative analyst and capital market reaction, until the time comes when the investment community understands exactly what the firm is trying to do and why such a course of action creates real economic value in the long-run.

This would apply not just to CSR strategies, but any strategic change that is substantial and different enough, compared with what the firm has been doing in the past. We believe a balanced scorecard approach that links the economic, social and environmental goals of the firm to observable performance measures, is the key to success. The scorecard could help the company track the performance of the company in each dimension, but also help employees and other stakeholders understand the vision of the firm.

What does your research tell us about the relationship between companies and analysts?

Managers should particularly focus on communicating the value of CSR strategies to the investment community. Highlighting short term costs but also long-term benefits could mitigate difficulties that investors may face in understanding the value generated through such activities and might expedite the adjustment of their valuation models to these new CSR-augmented business models. In other words, managers should be aware that not only what is communicated matters but also to whom it is communicated to.

I think that’s why in recent years, we have seen an increasing amount of CSR reports and increasingly elaborate CSR websites being set up by corporations around the globe to communicate their CSR initiatives. They are, we think, a right step towards better informing the investment community (and other stakeholders, of course) about such rather novel strategies.

Another interesting element to this, that we are still exploring with George Serafeim in this stream of work, is that analysts in the US seem to incorporate more positively CSR into their recommendations compared to European or Asian analysts.  What we would like to understand is the interaction between their recommendations and the country in which they function as well as the institutions which surround them.  Do analysts’ perceptions across countries change as the level of corruption across countries changes, or as the Governments go from left to right ideology and vice versa?

This is part of a big project we are currently undertaking, on understanding the main drivers of corporate social performance (our new working paper on this, is available already through SSRN).  In this research we have three measures of CSR performance: environmental, social and corporate governance scores. To understand the drivers in more detail, we put them in three different buckets: firm level, industry level and, more importantly, institutional level determinants of performance.

We found some very interesting results. For example, in countries with high labour union density, social and environmental performance is high, yet corporate governance performance is relatively low.  Another interesting finding is that more corrupted countries tend to accommodate firms with worse social, environmental and governance performance. This begs the question of what happens to multinationals that expand to countries with high levels of corruption. Do they behave as ethically as in their home country? Or is the sustainability of these corporations shaped, to a certain extent, by the institutions of the country they are expanding to? Basically, this research suggests that to understand whether and how firms around the globe engage in socially responsible behaviour, it is necessary that one looks at both firm level as well as industry level and importantly, country/institutional level structures to get the whole picture right.