The problem with problems

Yiorgos Mylonadis
Strategy and entrepreneurship
Save to my profile 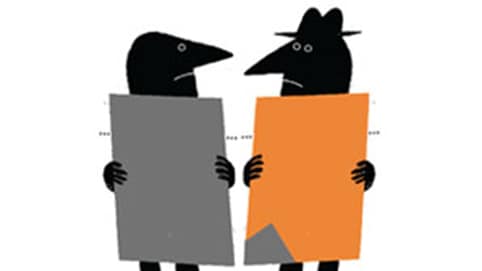 The problem with problems


People can be extremely well educated with many years of experience, they may be successful managers who have accomplished great things, but frequently their ability to solve a problem is severely limited. That sounds like a paradox, but every time I talk to executives I’m struck by how true it is. People cannot define the problem they are trying to solve.

So that is what has been occupying my mind: how we structure and solve problems.

Every decision involves problem solving. In some cases we employ professionals who do that job -- they’re called project managers and administrators and so on. They are certainly a part of that process, but what happens when you have to anticipate an issue or when you don’t have an established process or routine to deal with it? You have to define the issue before you can pick a routine to address it.

In principle, it is a simple exercise: Define a problem, identify options, pick the best, and communicate the finding. Since the Renaissance, science has progressed using this formula. Management consultancies advocate a similar approach in their work. Yet, often managerial conversations resemble more expressions of dogma (“I believe…”) or contestants sparring on a TV general knowledge contest (“sales in the Northeast in July are double those of the entire West in December”) than informed argument.

If you look at engineering or architecture the ability of people to explain the problem they’re working on, and ask questions so they can get feedback is very high without their need to resort to either dogma or trivia. They are helped by reference to blueprints which are a highly codified way of communicating. Our equivalent in management is jargon. Like blueprints, jargon was invented to make our exchanges efficient (we all know what is meant by a “functional organisation”.) But the analogy to the blueprint ends when jargon becomes meaningless. It is also a sure way of eradicating any arguments left standing from the onslaught of dogma or trivia.

Law is often used to illustrate informed argument. Medicine is another good example. Every time doctors deal with a case, they have to define it. Before you do anything for a patient you have to define what you think the problem is and then coordinate a large array of resources to address that. You form hypotheses all the time, you take feedback, you reassess your hypotheses as you go along, you use different resources as a result and so on.

People are prone to action. By the time someone can start even articulating a question they already have an answer for it. You need to ask: what is the problem you’re trying to solve and what are the possible ways that you can go about doing it?

This is an extract from Yiorgos Mylonadis’ article in the Summer 2010 issue of Business Strategy Review.