The price of obesity: How your salary depends on your weight

The world of business is still rife with discrimination.

Freek Vermeulen
Organisational behaviour
Save to my profile

The world of business is still rife with discrimination. Women get paid less than men, people who are physically attractive earn more and are more likely to be seen as suitable leaders, and race determines chances of promotion. The business world in that sense is no different than other walks of life. 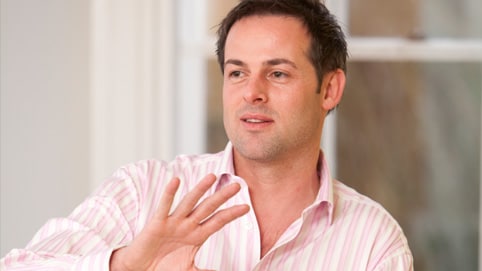 And the latter category – obesity – seems one of the nastier ones. Where discrimination based on race, religion or gender are at least generally looked upon as despicable, it seems much more socially acceptable to look different upon people based on their weight.

Various studies have shown that overweight people are seen as less conscientious, less agreeable, less emotionally stable, less productive, lazy, lacking in self-discipline, and even dishonest, sloppy, ugly, socially unattractive, and sexually unskilled; the list goes on and on.* The stereotypes run so deep that even obese people hold these same discriminatory beliefs about other obese people. Therefore, it may come as no surprise that research has provided strong evidence that obese people are paid less than their slimmer counterparts.

However, my colleague at the London Business School, Dan Cable, and his co-author Timothy Judge from the University of Florida, suspected that this (generally) negative body weight–remuneration relationship might be different for men than for women. After all, as their overview of prior research on the topic revealed, the body weight standards that our media portray for women are considerably thinner than the actual female population, and often even thinner than the criteria for anorexia. Instead, the body weight standards for men represent a much proportional physique.

In order to examine this conjecture, they carefully collected weight and income data on 11,253 German employees and, in another study, on 12,686 American workers; the latter who were measured no less than 15 times over a period of 25 years, to also see how change in weight was related to changes in income. Then, they split the data and their statistical models into men and women. And the results clearly showed that men were treated differently than women; also when it comes to their income and weight.

Skinny women got paid substantially higher salaries than heavier women, yet this relationship was much less pronounced at the higher ends of the scale. Meaning that a female employee weighing 50 kilograms would get paid substantially more than someone weighing 60 kilograms, but the difference between 70 and 80 was much less severe. That’s probably because – as Dan and Tim put it – “the social preferences for a feminine body have already been violated”; you’re either skinny or not, but once you’re over the (rather extreme) threshold, we don’t care much anymore about the number on your scale.

Yet, this relationship looked very different for men. In contrast to the women in the sample, men of moderate weight would get paid substantially more than skinny men. But such a man of average weight would also get paid quite a bit more than an obese person. Hence, being skinny for a woman would mean more dosh, but for men it would mean less money – all in the order of magnitude of $10,000-15,000 per year.

Skinny men, indeed, are often regarded as nervous, sneaky, afraid, sad, weak, and sick, where men of well-proportioned build are associated with traits such as having lots of friends, being happy, polite, helpful, brave, smart, and neat. Dan and Timothy concluded that the media – in the broad form of magazines, fashion shows, actors and actresses, beauty pageants, Barbie dolls and GI Joes – distort our views of what is to be considered normal, and that the ripples of these views can be felt all the way onto our pay slip and bank account.


* For a thorough overview of all these findings, see Judge & Cable. Journal of Applied Psychology. 2010.