The play's the thing

If you study and plan strategies, you risk falling into the traps that maps, graphs, charts and matrices present. Michael G. Jacobides ...

If you study and plan strategies, you risk falling into the traps that maps, graphs, charts and matrices present. Michael G. Jacobides provides an alternative approach. Here he talks about his idea of using playscripts as the basis for strategy making. 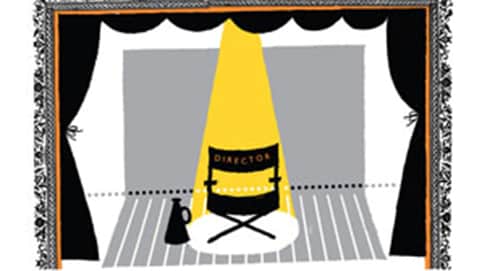 Yes! Part of the problem is that existing tools usually rely on a representation of the landscape which may itself be misleading, as the landscape changes. So, rather than relying on static vistas of industries and rivals, strategy is best cast as a dramatic playscript. Instead, companies should develop strategy by describing the underlying logic, story lines, decisions and motives of the players who create and capture value in a business.

What is a “playscript”?

Instead of drawing and analysing a map or plotting numbers on a chart, executives should create a “playscript”: a narrative with a cast of characters in a business and how they are connected, the rules they observe and the plots and subplots in which they play a part, and how companies create and retain value as the business and the cast change.

No. Numbers must be used in talking about the shape and direction of any business. But we must understand what lies behind these numbers – which is where strategy comes in. What I argue, is that strategic tools based on static images and matrices are often misleading Today, everything is shifting; executives can use words to help them understand the motives and roles of the organisations bringing about change, the evolving rules and relationships in the business and the story lines that link the present and the future. Words are more powerful and flexible than value curves.

I have studied businesses such as financial services, textiles, construction, and technology and have helped some 20 companies cope with change. Playscripts shape boardroom sessions effectively, facilitate discussions in top management teams and allow companies to develop sophisticated strategies.

How are playscripts structured?

Playscripts operate on two levels. First, a corporate playscript describes the logic by which value is generated and appropriated by corporate headquarters. It consists of two subplots. The synergies subplot sets out how the business units of a corporation (as well as other ventures it has invested in) reinforce one another and how the centre adds value by managing those relationships. The financial subplot describes how the company uses its assets and capital to generate returns; it determines how much leeway the synergies subplot has. A financial subplot that focuses on selling assets will prevent the company from investing in more assets, for instance, whereas one that allows increases in the equity base will help motivate people through grants of stock options.

Secondly, there’s a business playscript with three main elements: (1) dramatis personae and roles: the main actors in a sector, their motives and their roles, (2) links and rules: the links between companies and the operating rules of the business and (3) present and future plots and subplots: the story lines of how players in a sector generate and capture value.

How do I begin?

It’s a three-step process. First, you need to write your current corporate and business playscripts. Begin by describing the wider setting in which your company operates. Identify other characters in the sector — their roles and motivations? What roles does your company play? How do others perceive it? Start with your own opinions but perceive every role through the eyes of others. Next, identify the links among actors and the rules that govern interactions. Then, articulate the logic by which your company currently adds and captures value. Think of your value proposition using tools such as the value curve. What can your company do that others can’t? What allows you to capture the value you create instead of haemorrhaging it to employees or suppliers?

Next, rewrite your playscript. Rethink your company’s playscript and, if possible, reinvent the playscript for the entire sector. Reconsider all the actors and roles. Can you attract fresh players? For example, Google identifies partners who can participate in parts of the value chain in which it isn’t present. Selective alliances help a company transform itself into a central character — one that is well positioned in a web of relationships or controls a vital link in the value chain. Then, determine whether your company can change the rules of engagement with the other players. Finally, revisit how your company adds and captures value. Think about what the sector’s other players value and whether you can use that knowledge to increase revenues, profitability or asset value.

What about the future?

That’s the third step: future-proof your playscript. Make sure it can cope with the foreseeable changes. Consider how changes in customer needs may affect your company. There’s always a correlation between who customers are, their needs, how they meet them — and who has the power. Executives sometimes think that control of a particular part of the value chain guarantees success, yet history is littered with dominant companies that collapsed or were forced to change. IBM thought that owning the corporate customer was enough to control the hardware business, so it outsourced the development of microprocessors and operating systems. As individuals became customers, the need shifted from customer service to the computer interface, relegating the making and servicing of computers to footnotes. Always anticipate possible counteractions by considering the incentives and motivations of other players. By developing capabilities centred around other actors, companies can embed themselves in networks of mutually reinforcing relationships.

Is a playscript a metaphor for a strategic plan?

The playscript isn’t a metaphor; it’s a tool to help companies manage the complexity of the competitive landscape and facilitate analysis and action. Playscripts force companies to focus on the causes of change as opposed to the symptoms; they explicate the logic of success and the assumptions behind it. By providing a sense of how long the good and bad times will last and how value is migrating, playscripts allow companies continually to assess the relevance of their strategies. Playscripts allow employees at every level to express opinions about how and why the organization should change. People can be asked to adopt the playscript as actors, yet they can propose changes as playwrights.

“The play’s the thing” by Michael Jacobides is in the Summer 2010 issue of Business Strategy Review.