Many unsuspecting workers fall into a new job in an unfamiliar country without an effective parachute.

Tony Cockerill
Organisational behaviour
Save to my profile

Many unsuspecting workers fall into a new job in an unfamiliar country without an effective parachute. And although a parachute will prevent a crash landing, it is still only the beginning. Those who land safely are in very unfamiliar territory. 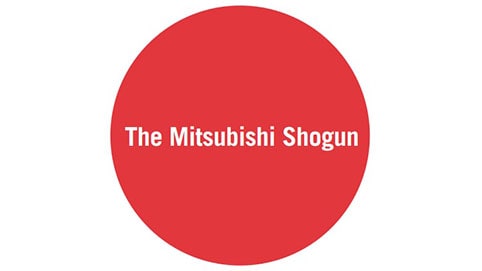 Tony Cockerill reviews the story of Niall Murtagh, a free-spirited backpacker who ended up as the first salaried westerner to work for Mitsubishi Electric, to show how managers could brief their foreign staff more effectively.

There can be few contrasts as great as moving from Europe to live and work in the Japanese east. The story of Niall Murtagh is like that of a modern-day Shogun – a westerner who successfully penetrated the mysterious working ways of the Japanese economy, which was a feudal country until the end of the nineteenth century when it began to adapt capitalist theories to its own agenda.

A hitch-hiker who thumbed a lift through 60 countries before sailing from Africa to the Caribbean in a home-made yacht, Niall Murtagh has written about his experiences in The Blue-Eyed Salaryman.

One interest for business readers is that it stimulates thinking about the process of geographical transitioning. As capitalism becomes ever more global and interdependent, individuals seek – and are expected by their corporations to make – more geographical transitions than ever before. Yet, when they do live and work abroad, people suddenly become aware of the full scale of the transition they are making, and of how challenging this can be to themselves and their family.

There are three themes in Murtagh’s book that point to actions which could make geographical transition more productive and successful for all parties, and he is absorbing and thought-provoking in each area. First, there is the need to educate people in the full scale of the transition. Second, they will need a cultural coach. And third, they will probably need a career mentor.

Educating people in the full scale of the transition


To understand the differences that exist between people we must explore many dimensions, such as the physical environment, history, culture, political economy, social behaviour and ethnicity. These dimensions are all interconnected. Instead of the differences diminishing as the world gets smaller, many of them are in fact intensifying as we strive to preserve and invigorate our regional identities in opposition to the evolution of a global culture.

One of the key differences between east and west is the different approach to capitalism. The political economy of Japan subtly influences many geographical transitions and profoundly affected Niall Murtagh in his journey.

Although capitalism is the first global economic system, it is not homogenous. It embodies several variants which are distinctive and contrasting. The countries which dominated early capitalist development, primarily Britain and the US, embody and promote shareholder capitalism. Japan began to industrialise some time after Britain and the US, and so had to contend with their powerful economic, political, military and social presence. In response, countries like Japan developed a very different variant: stakeholder capitalism. These two capitalist variants are so different that their exponents frequently regard each others’ approaches with disbelief if not contempt. To move from living and working in one variant to the other requires a personal shift of dramatic proportions.

In shareholder capitalism, the firm’s basic purpose is the maximisation of returns to owners through the provision of beneficial goods and services to consumers. Firms are bought and sold like other goods in order to raise returns through synergy. To facilitate this, the scope and performance of each firm is kept as clear as possible. Consequently, conglomerates that span unrelated sectors and specialisms are discouraged – especially if it is difficult for shareholders to assess the performance of each constituent part. Significantly, shareholder capitalism prefers to limit governmental intervention in the economy. The philosophy, broadly speaking, is that markets are best left to themselves.

Shareholder capitalism rests on the belief that government should have three responsibilities: to regulate the economy so it works as freely as possible (by imposing anti-trust and international free trade policies); to eliminate market failures (e.g. pollution prevention policies) and to provide public goods (such as law and order and defence). What is frowned upon is the deliberate structuring of the economy through industrial policy – by giving financial subsidies or imposing trade protection. Government is thought unable to pick winners and favour particular firms in shareholder capitalism. When industrial policy is used, its scope is usually limited to a few sectors that are regarded as especially important for the overall economy because they create better jobs or use advanced technologies that could benefit multiple sectors.

Japan now occupies a place in the top-ranking capitalist economies. But it would not have been able to compete with the first generation capitalist powers on their own terms or by playing by their rules. Nor would any of the countries that have successfully industrialised after Britain and the US.