Alibaba puts its mission, vision and values at centre stage. 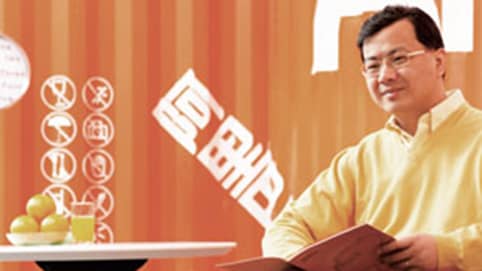 The corporate world is habitually and relentlessly focused on the near future. Short-termism is an apparently inescapable fact of business life. And this does not simply apply to quarterly earnings targets. Research into what business leaders actually do routinely reports that they spend their time fighting organisational fires, grappling with the issues of the moment and responding to what arrives in their inbox rather than calmly and confidently contemplating the future. If a week is a long time in politics, a day can seem like a lifetime in the executive suite.

A very different perspective comes from the Alibaba Group, an e-commerce company that has surpassed eBay in terms of Chinese sales and that has its own version of an online payment system, now larger than PayPal in terms of global users. Its vision has three elements: to become the world’s best employer; to become the world’s largest e-commerce service provider; and, finally, to build a company that lasts for 102 years. Yes, 102 years. Alibaba.com’s mission is similarly bold: to make it easy to do business anywhere.

To date, this blend of long-term thinking and lofty ambition has served Alibaba extraordinarily well. The company began life in 1999, established by 18 founders, led by Jack Ma working out of an apartment in Hangzhou. In the Yangtze River Delta and just over 100 miles from Shanghai, Hangzhou remains the base for Alibaba’s rapidly growing interests. It now has 18,000 employees in more than 50 cities throughout the world. Alibaba’s operations include Taobao, the largest online retail site in China with 82 per cent of the domestic online consumer market; Alipay, China’s leading online payment platform; Alibaba Cloud Computing; and China Yahoo, acquired in October 2005 in a strategic deal with Yahoo!.

Alibaba prides itself on its connectedness to customers. So much so that it acts as an economic barometer. “We can forecast for the global economy or China’s exports in three-to-six months’ time. We can smell if something is wrong,” says David Wei CEO of Alibaba.com. The small businesses that use Alibaba are the heartbeat of the Chinese economy. Wei believes it is the small-business sector that has helped China overtake Germany to become the number one exporter in the world. While large Chinese companies cannot yet compete with the likes of BMW or Siemens, its smaller businesses are robust, entrepreneurial and hungry.

There is a strange and persuasive irony in the fact that the Chinese, not the Americans, now have the entrepreneurial vigour and are making bold predictions about the future. But publications such as Fast Company are watching Alibaba with a keen eye; in February, it named Alibaba #29 in its list of “The World’s [50] Most Innovative Companies 2010”.

Wei calmly, yet passionately, talks about Alibaba’s goal of helping to create one million jobs in the United States. “We have 1.8 million registered small business users from the States, but only around two to three per cent are registered as sellers. If you look at the United Kingdom, we have around 600,000 registered users. Before the financial crisis, around four to five per cent were registered sellers; now, it is 20 per cent. That’s my parameter to measure entrepreneurship in different countries. And what we find in the UK is that more people are now willing to try and start their own business. I think governments and the community should support such self-employed activities,” he says. “In the States, I think the entrepreneurship DNA is not as strong as it was 10 or 20 years ago.

“The long game” featuring Alibaba can be found in the Summer 2010 issue of Business Strategy Review.