The leaders behind CSR's disconnect

The new source of competitive advantage is upon us. And it comes from radical engagement.

Anna Johnston
Corporate Social Responsibility
Save to my profile

When you say those three important words, what response do you receive? In the past, Corporate Social Responsibility (CSR) has often been a necessary ‘add-on’ in business. 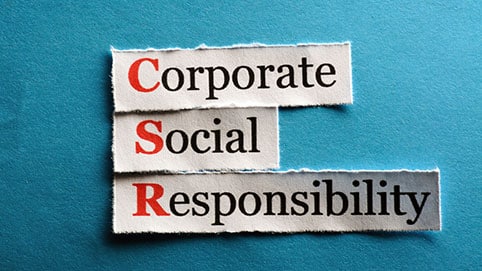 But more than ever before, the world, both developed and developing, will need its businesses to do more than simply survive. While a commitment to society has been largely absent, it will be businesses, not society, who will need to make the biggest shift.

The upside of crisis

“Crises are very important. Because in crisis, some organisations survive, while others do not”.

“Crises are very important,” says Lord Browne, the former chief executive officer of BP. “Because in crisis, some organisations survive, while others do not.”

Lord Browne’s recent book Connect written with Robin Nuttall, Partner at McKinsey & Company and tech entrepreneur, Tommy Stadlen, prompts readers to think again about business. Looking back, the world has felt aftershocks from the global financial crisis and experienced a slow recovery since. Add public scandals, tax avoidance and oil spills to the mix and the world has experienced enough crises to weed out the weakest brands. The task of building back reputation is down to business leaders who must drive connections with society.

“Why do businesses exist?” Asks Alex Edmans, Professor of Finance, at London Business School. “To earn profits, or to serve a purpose? For shareholders, or for society, customers, employees, or the environment?”

If organisations focus on profits, then everything else will follow, is the traditional view. “But in practice, it's extremely difficult to quantify the profit implications of most socially-responsible actions,” says Professor Edmans, who shares the results of a study using 26 years of data.

It shows that social responsibility is not immediately appreciated by the stock market and, it takes many years to pay off. He adds: “Even if managers are enlightened, and know they should be treating their workers well, they may not invest, because of being evaluated by quarterly short-term earnings.”

How can we encourage leaders to radically engage if these intangible measures are not captured in quarterly earnings? With three radical changes, according to experts.

When Senator George Mitchell crossed the northern shore of Bintuni Bay, West Papua, to hear a first-hand account from the concerns of villagers living near BP’s proposed development in 2002, Lord Browne claims that this, was radical understanding.

“We invented something very unusual, which allowed us to be more radical,” he says.

“We asked Senator Mitchell to put together an independent commission. It was completely separate. It allowed us to understand the problems, really, and to put ourselves on the same basis as the people we were working for and with.”

Lord Browne advocates a realistic and deep understanding of where each business exists in the world. “Companies don’t control the world, the world controls companies,” he says. If leaders do not put themselves in the position of the people the business is working for, how can they communicate the company’s purpose?

The critical challenges society faces – such as the rising cost of healthcare and access to education – can only be tackled when business, government and NGOs work together, for long-term gains. For example, the department of health will need to engage with food and beverage companies, if the world is to solve obesity. Stadlen, who has global experience advising businesses and governments says, that to do so, leaders need to become tri-sector athletes: figureheads with the ability collaborate across all three sectors.

“I think that business people with experience of working in both the public and social sectors, early in their careers, are better able to lead engagement. They are much better listeners and engagers,” he says.

The world has seen a run of corporate scandals – the Rana Plaza Factory, in Bangladesh, which collapsed in 2013, killing more than 1,000 workers and the latest with VW and its diesel emissions cheatware – so one thing is clear: trust is no longer a default.

The way managers are taught to communicate could be partly to blame. “It is easy to say we are never at fault,” says Lord Browne. “We are always right and all of our failures are successes.”
But to truly connect with society, leaders must speak the truth.

Lynda Gratton, Professor of Management Practice; Executive Education Faculty Director, at London Business School says: “The VW incident has made it even clearer that corporations are very important in the mind of people around the world. We have high hopes and trust in them, and we feel distressed when they fail to meet that trust. How can they be trusted, how do we hold them accountable?”

Take Papua, this was an example of extreme transparency, which in turn, created radical engagement. McKinsey’s Nuttall gives another: when AstraZeneca came under challenge from the Food and Drug Administration in the US about a drug trial. “They published all of the drug data on the internet,” he says. “They said: ‘Take a look at this, we have nothing to hide.’ This is extreme transparent engagement, to really project your message externally.”

CSR is uttered during keynote speeches and is pasted at the end of a company’s boiler plate. But all too often, its meaning is not embedded into an organisation’s core. “When a company’s CSR code remains unwrapped on a desk, we know we need to do more,” says Lord Browne. “Society can be too detached from the company’s purpose. Thinking about society should not be left to a Friday afternoon for a half-an-hour discussion in the boardroom.”

Nuttall gives Paul Polman, chief executive of Unilever, as an example of authentic management. “The Unilever sustainable living plan has a dual objective,” he says. “One is to dramatically improve health and hygiene, and that has a set of measures which are audited externally. It has seen 200 million people’s hygiene improve.” Paul Polman’s ability to bring society into a measurable and achievable plan is leaving a mark on the world.

The stake of radical management is significant. Nuttall explains the “30-30-30” concept, taken from research by McKinsey & Company for Connect. While the related value at stake is approximately 30 per cent of corporate earnings, CEOs spend 30 per cent of their time on societal issues, yet less than 30 per cent of them engage successfully in CSR initiatives. “We found 30 per cent of executives have the talent that they need to engage externally,” he says. “Of the 64 per cent of managers who claimed they would proactively and regularly engage with society, regardless of media interest, only 36 per cent admitted they actually did.”

In addition to stakeholder engagement, there are at least three further factors critical to establishing sustainable organisations according to research by Ioannis Ioannou, Assistant Professor of Strategy and Entrepreneurship at London Business School and colleagues at Harvard Business School.

In the findings, high-sustainability organisations were characterised by a governance structure that explicitly and directly took into account the environmental and social performance of the company, in addition to financial performance. Second, Dr Ioannou and his colleagues found that high-sustainability companies paid particular attention to their relationships with stakeholders – such as employees, customers and NGOs – through active engagement.

“The world has moved beyond a simplistic understanding of CSR,” he says. “As societal expectations for responsible environmental and social practices by companies continue to increase, the performance advantage of sustainable organisations will increase too, because they will be contributing to a sustainable society.
“Indeed, failure to have a culture of sustainability is quickly becoming a source of competitive disadvantage.”

Three trends that will drive and increase the importance of connecting with society. By technology entrepreneur, Tommy Stadlen.

1. Disruptive technology will do much to determine the relationship between business and society.

Firstly, tech-enabled ‘silver bullet’ solutions will allow business to meet some of society’s most pressing needs without having to abandon existing business models. Secondly, mobile connectivity is ushering in an era of unprecedented transparency. Companies will have to achieve enduring authenticity and reverse the tendency to be opaque. Finally, people fear the leverage to do harm which technology places in companies’ hands – from artificial intelligence to Uber transforming the nature of work.

2. The main arena of connection between business and society will change for the first time in hundreds of years.

It is going to happen increasingly in Asia, Latin America, and Africa. In 2000, 5 per cent of the world’s biggest corporations came from emerging markets. In a decade it will be closer to 50 per cent. These very large, very new emerging market companies will have to earn trust at home but also in the West. They face a significant trust deficit: more than 75 per cent of people trust firms headquartered in major European nations, but only around a third trust those based in China or India.

3. We are witnessing the emergence of the most demanding global population in history.

They will expect more than ever from business, thanks to increasing wealth, education and access to information. The growth of emerging markets will play a central role here, exacerbating many social and environmental problems and simultaneously enabling previously voiceless populations to push companies to solve them. The businesses that meet this challenge positively will share the spoils of an unprecedented period of growth. The laggards will struggle to survive.

Integrity in dealings combined with social and environmental credentials will increasingly be a proxy for a well run business beyond the numbers and a necessary proof to continue to do business. Evidence of contributions beyond the minimum will further differentiate brands and their reputations.