Ian Zilberkweit looked for a market with limited competition and potential for growth. He found the Russian bakery market.

Stuart Crainer
Strategy and entrepreneurship
Save to my profile
Ian Zilberkweit looked for a market with limited competition and potential for growth. He found the Russian bakery market. 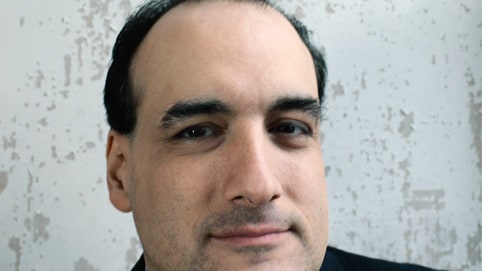 I was an investment banker and just didn’t view myself as an entrepreneur with a burning need to create a new company or to do my own thing. I helped build a team in my bank and that team was then largely laid off. This big disappointment helped me realise that if you work for a large company, you can build something, feel that you have partial ownership but it isn’t ever really yours. Frustrated, I thought of other things I could do. At first, I thought of it as another way of doing deals, other things to raise money for, which sectors might be interesting to engage in.

Losing my banking team really bothered me. I’d had so many colleagues working with me and suddenly they were all gone. A client of mine and an MBA from LBS provided an eye opener: I became interested in taking a mass market product and, with a bit of thought, marketing and cleverness, moving it from lowish to higher margins. I started thinking about sectors that were big, but not affected by recession. I started thinking about things like food and bakery and shops. I ended up creating two bakery-angle businesses in London with two friends and partners. Today, we have combined sales of over 30m sterling.

Though the businesses were doing really well I realised that I had overlooked an important factor: I had chosen to set up businesses in a sector which is very, very competitive in the UK. It’s great being in London as a retail customer because there are hundreds of different fashion brands, food offerings and restaurant chains. But for an operator it’s really tough: there’s so much competition. Everyone is copying everyone else and it’s really hard. I realised I was never really going to make a huge impact. Selling food in Britain is just insanely difficult.

To Russia with dough

In a discussion with an old friend Russia came to mind. It is a market with little competition and huge potential. Going there, I found that the market is way bigger than I thought with competition really limited, more limited than I thought possible. It’s also easier doing business than I thought. I feared lots of bureaucratic nightmares and corruption, but it isn’t quite like that when operating a small business.

But Russia has an uncertain market. At the end of 2008 the recession hit Russia and the rouble dropped 30 per cent in ten weeks. The cost of our imported goods skyrocketed. I hadn’t appreciated working in a place with double digit inflation and prices always changing. Nor had I appreciated working in a country so far away from “home”. Importing products to Russia and finding local producers is very hard because you only get a short time to produce high quality food. So, the daily grind is really tough.

Even so, I enjoy it. I set this thing up with a friend and now we have just over 600 employees in Russia and the companies I helped start in the UK employ over 1000 together. That’s an amazing privilege. My partners and I have really created employment and I am proud of that.

I don’t know if anyone will hire me after all this time. I’d be a better banker now and much better able to recognise a problem but also true value in a client company.

Building for the future

I’ve learned that it is very hard to actually sell a company, let alone to build it future-proof. But in the meantime we just build. I think we’re not even at a tenth of our potential size.

Ian has an MBA from London Business School.