The athlete's mentality: lessons and limitations for business leaders

Sporting analogies for business leaders are great. But they come with two caveats.

Sporting analogies for business leaders are great. But they come with two caveats. 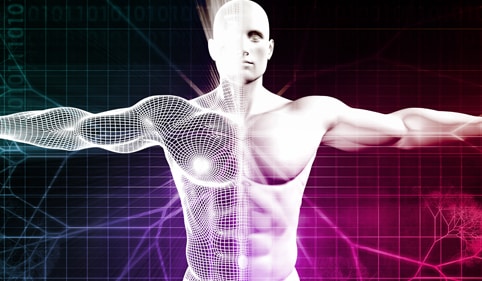 You have to be psychologically ready to jump a 6.16-metre pole vault like Renaud Lavillenie did in 2014. It’s the equivalent of jumping over a male adult giraffe, with a stick. The French pole vaulter showcased a champion’s mindset and was able to knock his competitors off the winners’ podium.


There are many comparisons drawn between top athletes and successful business leaders. Both demonstrate confidence, motivation, persistence and focus. But there are limitations, warns Richard Jolly, Adjunct Professor of Organisational Behaviour at London Business School.


Have you heard of The Hedgehog and the Fox? It’s an essay written by philosopher Isaiah Berlin in 1915 that divides people into two categories: hedgehogs, who view the world through the lens of a single defining idea, and foxes, who draw on a wide variety of experiences.


Hedgehogs are good at curling up into a ball and not being eaten by predators. “That's where sport is a very poor metaphor,” says Jolly, “because sportspeople are hedgehogs: they do one thing really well. If you run a 100-metre sprint, you don’t run marathons – your training is centred on one discipline.


“Foxes do many things well. They can live in both urban and rural environments. They thrive in the Arctic Circle and in the hottest deserts – they have an ability to adapt to a variety of different situations. The world of business today is increasingly complex and the need for adaptation is only intensifying. That’s why, for me, the sporting metaphor is limited: executives have to be foxes, not hedgehogs.”


“Sports players can be completely lacking in self-awareness and brilliantly successful at the same time. That just doesn't work when it comes to business,” says Jolly.


If you ask a footballer why they score so many goals, you probably won’t glean insight, he claims. “Many people, at least those who are passionate about sport, enjoy listening to stories of sporting excellence. But sports players may not have lessons that are relevant to all executives.


“In the academic world, we try to find principles that are evidence-based truths about how to get things to happen in organisations. But an athlete’s context does not rely on high levels of self-awareness and emotional intelligence.” Elite athletes operate in an environment where the rules and the competition are clearly defined, where a support team of experts tells them how to train and what to eat and drink. Their coach makes decisions from the side-lines. They perform typically for just a few hours a week and their career often spans less than a decade.


“Given the increasing complexity of organisations, you have to have high levels of emotional intelligence when it comes to business,” says Jolly.


These are the caveats. But some components of the athlete’s mentality do apply to business professionals – or, foxes.


There are life events that can’t be controlled – illness, natural disasters, being fired – but the outcome (how you feel, cope and go on to prosper) depends on your response.


“When things go wrong, there’s one thing you can control,” says Jolly. “How positively or negatively the brain responds.” Are the best runners fitter than their competitors? No. Their ability, skills and body conditioning are just some of their supportive elements. It’s the endurance runners who deal with pain the best who tend to win. For that, they put positive psychology to work.


“The great marathon runners cope with pain and manage to go faster when it hurts the most. Athletes achieve this by visualisation. They imagine winning. And when they are losing, they visualise winning the next leg of the track and keep focused on that.”


Likewise, executives should focus on what success looks, sounds and feels like, in order to achieve it.


An athlete’s journey to success can be marginal, says Jolly. When Sir Dave Brailsford became performance director of British Cycling, he formulated a plan centred on cumulative gains. He believed that if aerodynamics, diet and sleep each improved by 1%, the overall result could be transformational. It worked: British riders have won the Tour De France four times in the last five years, having never won since the race began in 1903.


“If you can focus on small changes that make a big difference rather than trying to completely reinvent and transform yourself, it's much more powerful. Human beings aren't very good at fundamentally changing who they are because they feel their identity is at stake.”


Ask: what are the smallest changes I can make that will have the biggest impact on my performance? Then, focus on them, says Jolly.


Athletes improve with practice. Moreover, they believe that they can advance. Executives must believe they can perform better over time, too.


Jolly says: “There have been studies to examine which forms of psychotherapy are the most effective. The simple answer is that it doesn't matter. The question is, do you want to be in therapy and do you want to get better?”


To improve and reach your goals, you have to want to make a change.


“Change doesn't happen top-down nearly as much as it used to. Much more, it's about people at any level pursuing ideas they care about. Empowerment is not given to you; it comes from a growth mindset.”


Athletes don’t accept their latest score, they strive for their personal best – and it starts with the simple belief that they can do it.


“All of us have that ability to just let stuff go,” says Jolly, “but it takes internal resilience. Resilience is typically defined as the ability to cope with pressure that comes from stressful situations. Sports professionals are focused on the future and don’t get bogged down by bad serves and missed penalties.


“Imagine you’re a tennis player and you’ve just played the worst, most humiliating point of your life. Do you have the ability to walk to the other side of the court and start a new point with a focused, positive attitude?” The best players can and do, says Jolly.


Living your life with regrets will bring you, your team and overall performance down. You have to let go of failure and move on. If you don’t, you’re in danger of becoming the architect of your own downfall.


An athlete’s mentality can help you achieve results – with visualisation, cumulative gains, a growth mindset and having no regrets – remember, though, it comes with two caveats.

1. A tennis player can train themselves out of a bad serve. Can business leaders fix their weak spots?

2. A manager lacks trust, fails to delegate and is stressed. What’s your advice?

Trust has to be given rather than earned. If you don’t trust people, that's your problem.
If you think people are stupid, incompetent or lazy, you’ll be right. If you think they're smart and capable, you'll be right. One way or the other, your attitude creates a self-fulfilling prophecy. One of the key challenges of delegation is the perceived loss of control. Managers need to understand that the responsibility for delegated tasks remains their own.

3. This person is perceived as negative by their colleagues, what can they do to be seen in a positive light?

Ask people: “What is the one thing I need to do differently to improve how I’m perceived?” And people will tell you. Then, make sure that you communicate, particularly to people above you, and show that you’ve heard what they've said and that you’re acting on it. If you do that consistently then you will change people's perceptions.

4. This leader is drowning in regrets, what's your advice for moving on?

There's a concept called ‘displacement activity’, where we focus on things that are comfortable rather than tasks that take a leap into the unknown. I would argue that when somebody is drowning in regrets, displacement activity is at play – it can be more comfortable to feel guilty than to face uncertainty. People should picture the benefits of the one thing they’d like to achieve and focus on that instead of getting lost in the vicious cycle of regrets.

5. Every night this individual takes their phone to bed. Why should they stop?

You should never have any electronic devices, apart from a pacemaker, perhaps, and an alarm clock in your bedroom. You want it dark with no screens at all. Checking your email in bed stimulates your brain. If you're going to sleep well and wake up energised for the next day, you've got to slow down your brain, prepare for bed and get into a healthy routine.

6. This person won't follow their passion because they're scared to take a risk. How can they change?

Fear of failure is tragic because we're only on this planet for a very short time. The photograph Pale Blue Dot, taken by the space probe Voyager One in 1990, helps us keep perspective. It shows earth from a record six billion kilometres away: the earth is less than one pixel. That’s it. I find the number of people paralysed by fear, and failing to drink deeply from the cup of life, the truly scary thing. As Mark Twain said, “Twenty years from now you will be more disappointed by the things you didn’t do than by the ones you did do”.