The art of extraction

Anglo American chairman Sir Mark Moody-Stuart is in the front line in the debate about sustainability and relationships between ...

Anglo American chairman Sir Mark Moody-Stuart is in the front line in the debate about sustainability and relationships between corporations and society. Stuart Crainer reports. 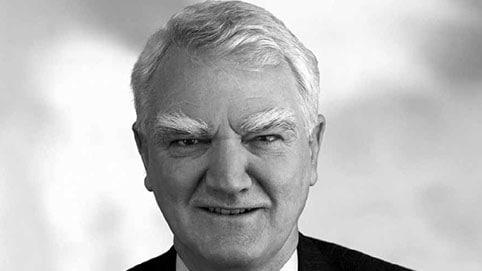 CEOs are now routinely lionized by the media. Their faces adorn magazine covers. Their career moves, opinions and personal lives are grist to the celebrity mill. Meanwhile, their bosses – the chairmen of the world – take a back seat. Chairmen have the capacity to hire and fire but a tendency to eschew the limelight. This, reflects Sir Mark Moody-Stuart, is as it should be. “It’s quite right that they don’t get much publicity because it’s the CEO’s job to be in the front line, not the chairman’s.”

If you had to create a template for the corporate chairman, Moody-Stuart would be a likely candidate. The chairman of the gold and diamond mining group, Anglo American, was born on a sugar plantation in the West Indies. His first taste of education was at Antigua Girl’s School. The rest of his career has been more conventional but distinguished by its peripatetic progress. Moody- Stuart, fluent in Turkish among his other accomplishments, was a natural globalist long before globalization.

Most of Sir Mark’s career was spent with the oil company Royal Dutch/Shell. Armed with a doctorate in geology from Cambridge University, he worked as an exploration geologist for Shell in the Netherlands, Spain, Oman, Brunei, Australia, Nigeria, Turkey and Malaysia. He was chairman of Royal Dutch/Shell from 1998 until 2001.

There was, he laughs, no master plan. “It was more or less step-by-step. I certainly didn’t set out with some great goal. Having done a doctorate, you’re then faced with a choice: do you stay in academia or do you go into the commercial world? If you believe that science is an elegant way of solving problems, then you realize that it doesn’t matter that the question is asked for financial reasons; the enjoyment comes from cracking the problem. And then I widened out from that to other aspects of management, and so on. I was given opportunities, asked to do things in many different countries, and presumably someone thought I did them reasonably well, so I progressed.”