An ongoing new paper by Keyvan Vakili looks at the role of mobility in academic knowledge transfer.

Keyvan Vakili
Strategy and entrepreneurship
Save to my profile
An ongoing new paper by Keyvan Vakili looks at the role of mobility in academic knowledge transfer. 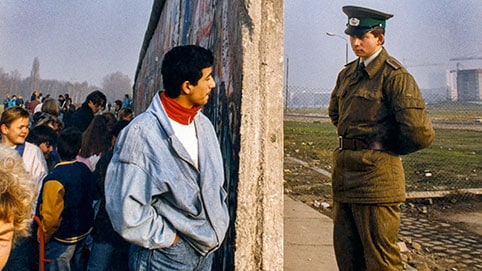 Innovation is rarely the product of entirely new ‘greenfield’ thinking. Instead, innovators invariably assemble knowledge from other sources, add fresh insight and fashion something different. Although some of the knowledge used in this creative process is already inside the organisation, many sources of knowledge lie beyond its boundaries. So how do people get hold of his knowledge?

It is a question that Keyvan Vakili is investigating. His research at London Business School focuses on the enablers of innovation and knowledge flows between organisations.

A popular discussion in recent years is the stickiness of knowledge. A common view is that some knowledge can be codified into a form easily transferable between people, while other knowledge is more personal and requires face-to-face interaction with the possessor of that knowledge. This has implications for accessing knowledge from outside the organisation. Company B may have to hire an employee from Company A if it wants to access sticky knowledge about interesting research at Company A.

Hiring innovators is expensive and firms were keen to check the validity of the sticky knowledge concept. Supporting evidence came in the form of the citation premium. A research scientist moves from Company A to Company B. After he arrives, work at Company B that cites patents relating to Company A increases. Thus knowledge travels with the scientist.

But Vakili believes there could be another explanation for the citation premium. Perhaps the arrival of the Company A employee merely focuses attention on work done by Company B that had not come to the attention of Company B before.

Disentangling the two concepts to test the contribution each mechanism makes is difficult, but Vakili has an ingenious solution. He uses two areas of expertise, one where the knowledge is considered easily coded – maths – and another where knowledge is sticky – chemistry.

Consider a maths expert and a chemistry expert both moving from university A to B. If knowledge transfer is the mechanism behind the citation premium, we would expect an increase in hard-to-transfer chemistry knowledge, but none in the easy-to-transfer maths (via existing published papers for example). But if attention causes the citation premium, there should be little difference between increases in maths and chemistry related citations.

Vakili also hit on the perfect historical circumstances for testing his idea – the fall of the Berlin Wall. There was very little movement of academics between East and West Germany while the Wall was up, but a surge of people moved across the old border, including academics between universities, when it fell. Providing an adequate body of knowledge was created on both sides before the Wall came down, it should provide good data for testing the role of attention vs knowledge transfer in innovation.

At present, Vakili is trawling through publications by German scientists in maths and chemistry. If the data holds up in terms of quality and quantity, he expects analysis to reveal one of three different outcomes.

At one extreme, hiring a mathematician, where knowledge transfer plays less of a role, may lead to no citation premium. Employee mobility has made no difference, suggesting that there are probably better ways to control or manage the attention of the company than by hiring people.

At the other extreme, there may be a similar citation premium for chemistry and maths, suggesting the relevance of sticky knowledge may be overdone. We may have done a better job than we think of codifying knowledge, and paying large sums of money to hire specialist knowledge may not be an optimal strategy.

The most likely scenario, though, is that the study reveals both a knowledge transfer and attention effect. If organisations know this is how knowledge is accessed, they can find more efficient ways of scanning the market, such as attending conferences or collaborating with scientists at universities. This will allow them to actively hire employees in areas that seem promising.