For many aspiring entrepreneurs, the hunt for venture capital is a tale of frustration and woe.

Benjamin L Hallen
Strategy and entrepreneurship
Save to my profile

For many aspiring entrepreneurs, the hunt for venture capital is a tale of frustration and woe. 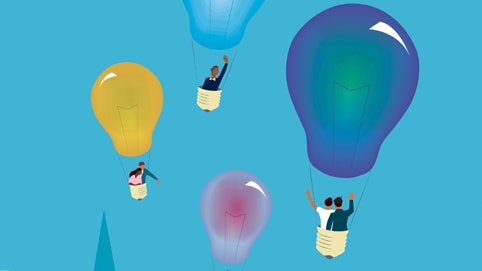 Yet a minority of entrepreneurs, sometimes viewed as the lucky few, appear to raise money with relative ease.

It turns out there is a roadmap to venture fundraising success. My research with Stanford University’s Kathleen Eisenhardt, forthcoming in February’s Academy of Management Journal, identifies four hallmarks of efficient prospecting for money. By efficiency we mean attempts that take less than two months of formal, near full-time fundraising, while yielding offers from desired investors.

Our conclusions are based on extensive fieldwork, tracking and reconstructing the ways nine internet security startups sought multiple rounds of venture capital over their first five years. We sampled companies in Silicon Valley and across the U.S. that had already raised at least one investment round before entering our study.

Conventional wisdom states that successful fundraising requires introductions to investors, a clear pitch and the ability to signal the presence of a high-quality founding team. We found these practices aren't enough – especially for the majority of entrepreneurs who have not previously been backed by targeted investors. Rather, efficient fundraising depends on four catalysing strategies as well.

Efficient entrepreneurs meet informally, but deliberately and repeatedly, with a few investors a couple months before formally seeking an investment.

At one startup, the founder strategically courted venture capitalists by seeking their advice on his business model over a series of casual lunches. “You’ll talk about the business and stuff," he told us, "but you won’t pitch. And you won’t go to the partner meeting and you won’t let them do diligence on you.”

These occasional lunches continued for several months until one day, the chief executive announced he was raising a round. Within ten days, a courted investor made an offer. Others followed.

Consistent with social psychology research, casual dating is an effective but subtle form of ingratiation. It flatters investors while focusing their attention on a business's prospects. Moreover, investors become psychologically invested in ventures that follow their advice.

It's wise to time formal requests for investment around a signal indicating accomplishment of a critical milestone, or proof point. One early such signal in our sample involved the arrival of the first paying customer.

Efficient entrepreneurs recognise that proof points are vital for fundraising, yet occur relatively infrequently. Accordingly, some entrepreneurs with a recent proof point but without an immediate need for capital still went ahead and sought investments earlier than they otherwise might.

Other entrepreneurs we observed were in the more difficult situation of lacking a recent proof point and running out of capital. These situations required tough decisions such as delaying or temporarily cutting entrepreneurs’ own salaries so as to postpone fundraising until the next proof point was reached.

Research in behavioural economics suggests that timing around proof points is effective because it provides a simple signal of progress that is credible and easy to understand, engages psychological biases that overweight immediacy, and keeps investors from asking “what have you done for me lately.”

One CEO we interviewed said he scrutinised interest during a financing lull (cold market) by calling well-connected acquaintances and asking if they had knowledge or "could fish around about whether or not a firm was still doing deals.” Another entrepreneur looked at venture capitalists’ actions following their meetings. Notable signals included how quickly the investor took to call again or to schedule a technical expert to meet with her engineering team.

Why are these actions important? Many venture capitalists left the door open for any startups they found even somewhat interesting. While these investors knew they were unlikely to make an offer, they still voiced interest and told entrepreneurs they wanted to get together next month. Skillful scrutiny helped entrepreneurs avoid such teases and focus more intently on likely investors.

Efficient entrepreneurs establish multiple routes that can lead to fundraising success. This is important beuse potential investors tend to be hesitant. As one financier told us, “There is no incentive for me to act too soon. I would rather give the company plenty of time to either prove to me that what they said three to four months ago was correct, or prove it was incorrect.”

One entrepreneur that we studied threatened to abandon his initial financing round and instead fund his startup through product sales if investors continued to delay.

Another entrepreneur pressured two casually dated, high-status investors by also approaching three lower-status investors known for their speed. When these latter investors rapidly launched due-diligence reviews of the business, the entrepreneur used their interest to pressure his desired investors. One quickly made an offer.

Psychology research suggests that crafting alternatives is effective because it capitalises on the allure of scarcity and the perception of urgency to motivate greater risk taking in decision makers. One investor told us that the emergence of an alternative "was a good strategy. It was real and credible and it probably got me off of my rear end.”

Because many entrepreneurs currently fail to utilise catalysing strategies, they may be sabotaging their access to investments. Looking beyond the context of entrepreneurship, we believe our research begins to unlock the mechanisms by which less-privileged and less-connected individuals and companies compensate for a current lack of strong personal and firm connections.

Originally published in Bloomberg View 2012. Reprinted with permission. The opinions expressed are those of the author.