Songs of the Sirens

Some companies think that mergers or acquisitions can put them on the path to greater success. Freek Vermeulen points out the warning ...

Freek Vermeulen
Business management and operation
Save to my profile

Some companies think that mergers or acquisitions can put them on the path to greater success. Freek Vermeulen points out the warning signs along the path that show when a deal is not a good deal. 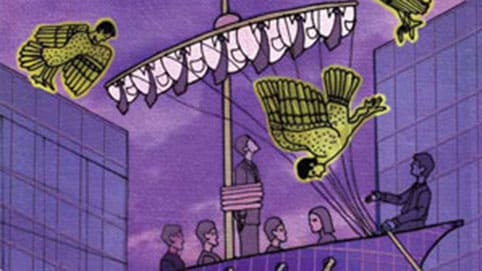 Studies from all over the world consistently show that about 70 per cent of acquisitions actually destroy value. This effect is especially prevalent in the long run (up to five years after the acquisition), rather than at the time the deal is announced.

Most executives know that the majority of acquisitions fail. Often, however, they feel that their own success rate will be considerably higher. This misperception can partly be explained by the fact that reported failures are usually not disastrous events that lead a company into turmoil. Instead, the failed acquisitions were simply deals in which the premium paid for the target was higher than the value that the transaction subsequently created for the acquirer.

Logically, the destruction of value has two potential causes. First, the agreed premium is excessively high; or, second, the merger value created (beyond the original two companies’ original worth) is lower than anticipated. The complexity and uncertainty of acquisitions, in terms of strategic implications and requirements, are such that it is often difficult even for insiders to grasp all the considerations surrounding a deal, including whether value creation will take place. This assessment of a deal’s consequences is even harder for relative outsiders, such as investors, directors and analysts, to make.

My own research, conducted in American and British companies in a variety of industries, has been aimed at uncovering the original motives behind a particular decision to acquire, the decision-making process leading up to the deal, the integration process, and the perceived consequences of the takeover. In addition, my in-depth research of two multinational companies considered the companies’ acquisition strategies over the past two decades, including an analysis of takeovers, takeover announcements, top managers’ remuneration, public awards, career paths and the evolution of the firms’ overall financial performance. This research, and that of others, has revealed strong warning signs that indicate that a deal is potentially value destroying. These signs should cause the various parties involved to question their support for the transaction.