Could social enterprise reform capitalism and solve some of the world’s biggest problems?

London Business School Review
Strategy and entrepreneurship
Save to my profile
Could social enterprise reform capitalism and solve some of the world’s biggest problems? 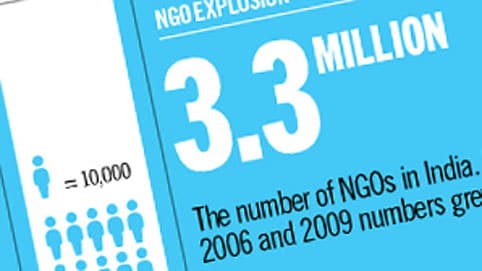 Could social enterprise reform capitalism and solve some of the world’s biggest problems?

Many social entrepreneurs pursue a triple bottom line, aiming to deliver social, environmental and economic benefits (people, planet, profit) through the actions of the social enterprise.

At the beginning of the 1980s, Bill Drayton founded Ashoka, a global association of social entrepreneurs. Since then this US headquartered organisation has elected some 3,000 leading social entrepreneurs as Ashoka Fellows, in over 70 countries, providing them with living stipends and professional support. Ashoka says that just over 80% of their Fellows have "changed a system at a national level in at least one way within 10 years of election".

The approximate number of social enterprises in the UK economy.

The amount that social enterprise is said to contribute annually to the UK economy measured as Gross Value Added.

With little consensus globally on how terms like social enterprise should be defined, or even if they are the appropriate terms at all, sector figures vary considerably. Some sources, for example, suggest there are about 213,000 broadly defined social enterprises in the UK, contributing £91.7bn to GDP each year.

Big Society Capital, the world's first 'social investment market builder' was launched by the UK government in April 2012. The independent organisation was capitalised with £600 million to invest in social enterprise via social investment finance intermediaries.

The total amount of money disbursed by social enterprise Grameen Bank in microcredit loans as of October 2011. The Bangladesh-based bank was started in the 1970s by Nobel Peace Prize winnerMuhammad Yunus, a pioneer of the microcredit methodology. Of the 8.35 million borrowers, 96% are women, and the borrowers own 95% of the bank. The loan recovery rate is just over 96%.

Some argue that the origins of social enterprise lie in the groups like the Diggers Protestant nonconformists led by Gerrard Winstanley in England in the 17th century. A more obvious connection, though, is with the Rochdale Society of Equitable Pioneers, founded in 1844, the prototype for the co-operative movement.

The number of subscribers to Grameenphone's mobile phone network in Bangladesh (one of the world's poorest nations). The endeavours of this social enterprise mean that 99% of the country's population, much of it rural, is within its EDGE/GPRS enabled network coverage.

Since its formation in 1999, the US-based Skoll Foundation has awarded over $250 million to individual social entrepreneurs, social enterprises and other "organisations creating a brighter future for underserved communities". The Foundation was started by Jeff Skoll, philanthropist, social entrepreneur, and former president of eBay.