Just like Bob Geldof and Tony Blair, Mo Ibrahim wants to make poverty history in Africa. But not through charity or aid. His vision is ...

Anthony Landale
Sustainability
Save to my profile

Just like Bob Geldof and Tony Blair, Mo Ibrahim wants to make poverty history in Africa. But not through charity or aid. His vision is to harness the enterprise and entrepreneurial energy of African people – and his track record suggests he’s not prepared to wait around. Anthony Landale investigates. 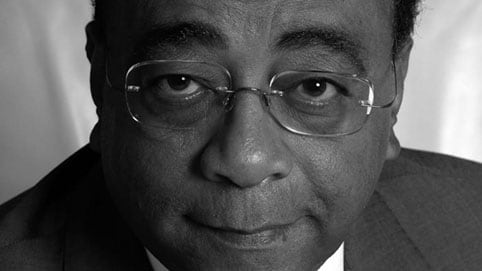 He’s been called a former Marxist, a British tycoon, an heroic entrepreneur but when I asked Mo Ibrahim how he likes to be described he stated simply that he is an African Nubian engineer. And it felt authentic. Despite his colossal wealth, built on the back of the most successful mobile phone company in Africa, it is clear that Mo Ibrahim has not forgotten his roots.

But who is Mo Ibrahim? How come we haven’t heard more about him?

For those people in mobile communications Mo Ibrahim is probably a familiar name. Indeed his success mirrors the growth of the industry. He was there, studying mobile communications at Birmingham University, back in the 1970s. His first mark in business was made in British Telecom where he ended up as director of Cellnet (later O2). He then transitioned into a career as a consultant and founded MSI which grew into one of the largest software operations in the cellular industry. And when MSI was bought by Marconi in 2000 for £570 million (from which Ibrahim received about £70 million), he built up Celtel International, which now operates cellular networks in 14 African countries, has 8.5 million customers and revenues of $1 billion. Finally, to cap it all, in May last year Celtel was bought by the Kuwaiti mobile operator MTC for $3.4 billion and, this time, Ibrahim’s share was £363 million.

These bold facts are impressive enough. Here is a man who clearly knows how to create success – but it is Ibrahim’s radical vision that sets him apart more than his fortune. And Africa quite clearly stirs his heart.

A decade ago, when we witnessed the rush to build mobile networks everywhere, companies ignored Africa. The demand was there but, in the West, all people saw were the difficulties. It is easy to understand why. The news on Africa that we get from the BBC or CNN is dominated by disasters, wars and famines. So you regularly hear about AIDS in South Africa or the wars in Ethiopia and Eritrea or the famines in Kenya and Tanzania – and taken together the collective picture of Africa is that here is a drastic situation which often appears to be getting worse.

This is accurate at one level but it is not the whole picture. Africa is a vast continent and while these disasters are terrible they are all isolated events and the truth is that in most of the continent there is peace and stability.

The opportunity that Ibrahim saw was ideal for an entrepreneur. The West might have turned its back on Africa, but for someone with vision and courage the way ahead was clear, competition was minimal and demand was high. And Celtel was the ideal vehicle.

“The situation was challenging but not impossible,” says Ibrahim. “Celtel was always totally focused on Africa and I started the business by getting together some likeminded people who recognised that something needed to be done.”

Those likeminded people included some powerful names including Lord Cairns, the ex-Warburg banker; Sir Gerry Wendt, founder of Vodafone; and Sir Alan Rudge, formerly of BT, as well as an exgovernment minister, James Prior. And for Ibrahim having such a powerful board established more than credibility. “If we wanted to do business in a different way – adhering to a strict code of conduct with total transparency – then we had to start at home. This was one of the most formidable boards around and it held us, and those with whom we did business, to the highest standards.”