Quotas. Are they the solution?

London Business School faculty: Lynda Gratton, Julian Birkinshaw and Isabel Fernandez-Mateo give their opinion ahead of the ...

Julian Birkinshaw , Lynda Gratton and Isabel Fernandez-Mateo
Business management and operation Women
Save to my profile

London Business School faculty: Lynda Gratton, Julian Birkinshaw and Isabel Fernandez-Mateo give their opinion ahead of the controversial EU vote on whether quotas should be enforced to ensure more women in the boardroom. 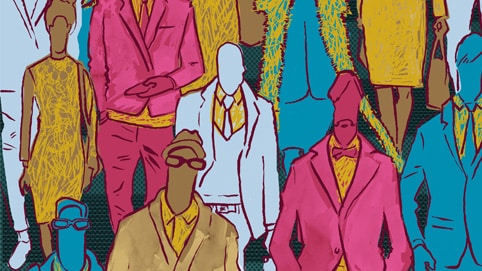 The migration of women up the corporate ladder has been taking place at a glacial speed. The ratio for many corporations is 50% women graduates /30% women managers /15% women top executives. It feels as if this ration has been etched into my brain so often have I repeated it. Nothing much seems to be changing. This is bad news for young talented women, bad news for diversity in the board room, and bad news for corporate UK. I don’t believe in the waiting game. My experience of corporate change is that only through clear target setting is real momentum created. That’s why, for example Unilever’s CEO Paul Polman has set a target to the company of 50% reduction in the environmental footprint of the product range. He knows that targets can make a real difference. Frankly the ascent of women to the top has been just too slow. Many women at senior positions are in a minority, and we know that minorities are often stereotyped and excluded. That’s why targets and quotas are important, and that’s why I support them. No doubt the transition will be tough for those who feel uncomfortable about getting a job on the basis of positive discrimination. I know I would feel uncomfortable if I thought I became one of the first female professors at London Business School on the basis of a quota. But that’s not the point. I believe that this is a small price to pay to change the corporate landscape for those who come after us.

It is with some trepidation that I enter a discussion on quotas for women in the boardroom.  I am not an expert on gender issues in management, neither can I speak from experience about the consequences of bias or tokenism in the workplace.

But let me place this debate in context. In every type of organisations – whether we are talking about companies, political parties or NGOs –there is a majority group that sets the agenda, and there are various minority groups whose voices don’t get heard, and whose talents are ignored. While the rhetoric in business and in society in general has embraced diversity, there are hidden forces at work that serve to reinforce the majority group’s point of view, and perpetuate the status quo.   This doesn’t just hurt the minority groups who are left on the margin, it also hurts the organisation in question. Nokia’s problems stem at least in part from the blinkered view of its top team, all of whom were Fins who had known each other for thirty years.  The majority-group typically work efficiently together, but they inevitably end up developing blind spots.

All of which is a roundabout way of saying that you have to put in place conscious mechanisms to give voice to the minority view.  The consultancy McKinsey, for example, has the “obligation to dissent” as one of its core principles, and senior partners are expected to go out of their way to get their junior colleagues to voice their dissent and challenge their seniors.

So what does this mean for quotas in the boardroom?  If there are good arguments for and against, I will always favour the arguments that go against the status quo. If we want diversity –whether its gender, race, disability, or any other dimension—we have to work extra hard to achieve it.  Quotas are inherently unattractive, because they go against the principle of excellence that I strongly believe in. But as a temporary enabling device, to serve a higher purpose, they can be extremely useful.

Women are hardly present in top management, and time alone is not solving the problem; something must be done. Enforcing board quotas is an appealing solution. Its effectiveness, however, depends on what causes the underlying problem to begin with. Quotas would be useful if we believe that “old boys’ networks” are to blame – i.e. there are many women candidates for boards but, as most directors are men, they select others like them, who in turn help choose yet more men for top management. Breaking this vicious circle by enforcing more female boards will eventually bring more women into top management as well. But what if the main issue were not networks but a lack of female candidates? Most board positions are filled with people who are already top managers. Given how few of them are women, it is no surprise that boards are mostly male. If this pipeline effect is to blame, it is unclear that board quotas will translate into more women CEOs, CFOs, etc.  Unfortunately, we don’t have conclusive evidence of which effect dominates, and both are probably at play. Still, if the pipeline effect is at least part of the problem, board quotas alone will not solve it. Rather we need policies to move more women up the corporate ladder (e.g. targets of female candidates for each promotion and hire). These are less straightforward than quotas, but sometimes the most obvious solution is not the best solution.