The opening of London 2012 will be celebrated all over the Britain. But why is a Venezuelan orchestra playing at the ...

Bernhard Kerres
Leadership
Save to my profile

The opening of London 2012 will be celebrated all over the Britain. But why is a Venezuelan orchestra playing at the opening night in Stirling, Scotland? What does that have to do with the Olympics? 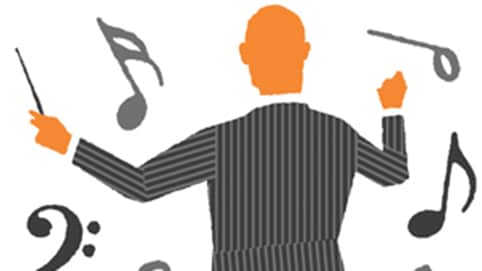 Over 35-years ago a Venezuelan musician and economist wanted to found a youth orchestra. After receiving a grant he bought 50 music stands and advertised everywhere that he was looking for young musicians. He was worried that more musicians would turn up and he wouldn’t have enough music stands.  He needn’t have worried: only 11 people turned up.

This was a turning point in the live of José Antonio Abreu. He either could have laid his dream to rest or pursue his vision with all the energy of a man in his thirties dedicating his life to this idea. He decided to make the Venezuelan Youth Orchestra one of the top orchestras in the world.

The rest is history. Maestro Abreu founded “El Sistema”, the system of youth orchestras and choirs in Venezuela. Today over 350,000 young people play in El Sistema orchestras every single day. El Sistema inspired many initiatives around the world, including Big Noise in Scotland and ((superar)) in Austria.

Many leaders have great visions for their organisations. Only a few are able to realise them. What was it about Maestro Abreu in Venezuela that made El Sistema so spectacularly successful?

José Antonio Abreu understood from the beginning that he needed a systematic approach to realise his vision – hence the name El Sistema. But even before taking that approach it was him who took the initiative. He did not wait for a supportive environment or the markets turning in the right direction. He created the environment for systematic growth himself.

Venezuela has a history of various coups, corruption and capital crimes -- 155 out of 100,000 people are murdered every year. This is one of the highest murder rates in the world. Venezuela also has 13 per cent of the world oil reserves, second after Saudi Arabia. Although, presumably, a rich country, the gap between rich and poor people is immense with many people living in barrios – shanty towns.

From the beginning Abreu made sure that young people would identify with El Sistema. Inspiring hope for kids from the barrios was not enough. He needed concrete steps and signs for them. So he started providing lunch for all the youngsters coming to rehearsal. They all wear the t-shirts of their respective núcleo – music center. It is often these simply things which create identification with a new idea.

Maestro Abreu also realised that teachers were key for the systematic growth. He managed to boost the image of teachers immensely. Teachers in El Sistema are addressed as Maestro, an old fashioned term from the music world for conductors. Nevertheless, this shows the appreciation of teachers within El Sistema. He got the best musicians from all over the world to teach in Venezuela including Claudio Abbado, Sir Simon Rattle and many others.  At the same time he encouraged the young musicians to teach the even younger ones throughout the country.

Abreu created a Ponzi Scheme – probably one of the few positive and not fraudulent ones. The continuous growth of nùcleos, orchestras and ensembles enables young people to work their way up from their first children orchestra to the prestigious Simón Bolívar Symphony Orchestra with the star conductor Gustavo Dudamel. This is the orchestra opening the Cultural Olympiad in Stirling. They have multiple opportunities based on their abilities and professionalism to enjoy playing in the right ensemble. And they are inspired to become teachers to grow El Sistema even more.

El Sistema is an inspiring example of a systemic approach to creating an environment for excellence. Such an environment is necessary to nurture the best sports talents, musicians but also managers and leaders. It is up to us to create such an environment. The identification of the right drivers for growths is key. For El Sistema the drivers for growth were and are mainly the teachers. Just as important is the ability to break down the vision to small steps such as providing lunch for children.  From small steps, excellence, music and much more flows.