From banking the unbanked to giving access to healthcare, mobile phones are increasingly tools for social change and economic improvement.

M.Yasmina McCarty
Strategy and entrepreneurship
Save to my profile
From banking the unbanked to giving access to healthcare, mobile phones are increasingly tools for social change and economic improvement. M.Yasmina McCarty charts the mPowering of economic development. 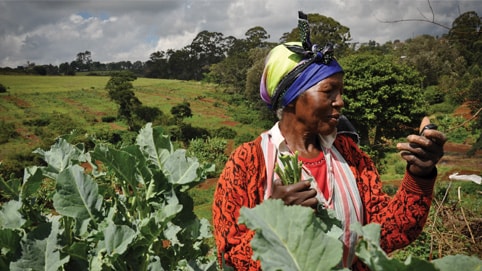 With limited battery life and expensive call rates, early iterations of the mobile phone were not made for everyday communication. Motorola's Dyna-TAC came on the market in 1983, weighing one kilogram, offering 30 minutes of talk time and priced at $3,995. By the 1990s, change started coming. With call rates dropping, battery life extending and networks expanding beyond the initial 1G infrastructure, the mobile phone found its way into mainstream Western society.

As with many technological advances, it first seemed the mobile phone would leave developing countries behind. At the start of the millennium, 70 per cent of mobile subscriptions were located in high-income economies. Personal computers had taken off in the developed world but emerging markets were left waiting for international aid initiatives to bridge the cost of hardware. High speed data connections were no different, making the dot-com frenzy far more relevant in Manhattan than in Mombasa.

But then something happened. The cost of handsets started dropping. And not by a little, but by a lot. A reliable handset in sub-Saharan Africa reached the rock bottom price of $20, where it remains today. Of course, cheap hardware alone was not enough. Voice calls and SMS messages needed to be made available in affordable pay-as-you-go packages. And base stations needed to be installed in remote corners of the globe. Mobile Network Operators in emerging markets succeeded in both areas, attracting the necessary capital to build national mobile phone tower infrastructure and designing tiered distribution structures to have airtime scratch cards sold far and wide.

Between 2000 and 2012, the number of mobile connections grew from fewer than one billion to around six billion. The mobile phone went from being an elitist gadget to a mass-market everyday device and one of the few technologies to reach across age, class and geography.

Why does that matter to anyone outside of telecommunications? And what does mobile have to do with development? Of the six billion mobile subscriptions active today, some 3.4 billion are located in low and middle-income economies. There are 687 million mobile connections in Africa and 937 million connections in India alone.

The ubiquity of mobile phones has two critical implications. First, aid initiatives have gained unparalleled infrastructure to reach the estimated 2.4 billion individuals living on just $2 a day. Need to put crop and weather information in the hands of illiterate farmers? Set up a call service in local dialect. Need to get health information to mothers in rural communities? Send out text campaigns. Need to ensure that teachers are showing up to the classrooms? Set up a SMS short code for students to report teacher absenteeism. The mobile phone offers unprecedented reach to deliver educational services, health information, financial services and of course connectivity itself, leading to increased security, economic development and civic participation.

The second implication of mobile penetration in emerging markets is the sales and distribution of goods to a new market segment, the so called bottom-of-the-pyramid. Take insurance. Unlike in the West, where policies are bought and paid for online, micro-insurance policies in emerging markets are sold in person and premiums are collected in cash. The volume of sales needed to make this business sustainable is intimidating. And the reach of this product typically fails to go beyond densely populated urban areas, leaving rural consumers without access. The mobile phone changes this; insurance policies can be sold and paid for digitally, greatly reducing costs to the insurance company and significantly extending the reach of products like life insurance.

The mobile phone's ability to accelerate economic development in developing countries is perhaps its greatest societal contribution to date. There is the macro level contribution — every ten per cent increase in mobile penetration is estimated to add 0.81 per cent increase to a country’s GDP. But even more notable, is the mobile phone's power to contribute to the individual's economic betterment. With a mobile phone, today's working poor can access products and services to support their climb up the economic ladder.

Mobile money is one such initiative. Unlike mobile banking, which is simply another channel for customers to their account balance, mobile money is a way to conduct financial transactions without a bank account. Using a secure e-wallet, the unbanked are able to “cash-in” money, converting hard currency into digital currency, and then access a menu of options such as sending money, paying bills or simply storing value.

The innovation is only partly technology driven — the e-wallet itself is not an app sitting on a fancy smart phone but rather a service which can be accessed by basic phones. But the real innovation of mobile money is one of distribution. Retail banks in emerging markets have notoriously poor coverage, making it geographically inconvenient to bank. If you can't easily get to a branch or cash point, why bother putting your money in the bank in the first place? The African Development Bank estimates just 20 per cent of families on the continent have a bank account.

The by-product of inadequate bank infrastructure is thriving cash economies, where money is saved under the mattress or in less liquid instruments, like chickens and goats, and payments and transfers are made in person. The government and other large scale public institutions are no better off than individuals. The voluminous social welfare payments which need to be paid out every month are often done by driving armed vehicles to small towns and villages to disburse cash. This is not only inefficient; it is also dangerous and expensive.

There are now some 140 mobile money services like M-Pesa around the world, most of which have sprung up in the past three years. These services have changed the financial landscape in their countries by offering new distribution footprints for financial transactions — M-Pesa can be accessed at over 39,000 points of service. As with any new technology, success is neither immediate nor universal. But thanks to well managed agent points which are both ubiquitous and liquid, and smart customer education strategies to build trust, mobile money has enjoyed strong uptake in Kenya, Pakistan, Uganda, Tanzania, Rwanda, Paraguay and the Philippines.

Beyond using the mobile for economic development, health, education and governance programmes are also turning to the mobile phone. Health services utilising mobile phones have become a popular tool to address the poor's wellbeing. In rural areas where clinics are hard to come by, public health workers are able to transmit information to doctors and get patients the help they need.

And then there is education. With some 774 million illiterate adults and nearly 70 million out of school children, the mobile phone is a valuable conduit of educational materials. One such mLearning initiative, BBC Janala, launched in Bangladesh for English tutorials had three million paid subscribers just nine months after launch. Finally, the mobile phone has also become a useful tool for enhanced civic engagement. Ushahidi, an open source project to crowd-source crisis information via the mobile phone, was utilised as a reporting tool for the post-election violence in Kenya in 2008. Similar crowd-sourced reporting initiatives have developed to report incidents of corruption, failing infrastructure and governmental inadequacies.

The problems facing the bottom-of- the-pyramid, are complex and multi-faceted. The poor's ability to access quality healthcare, drink clean water, use adequate sanitation facilities, learn from qualified teachers, securely conduct financial transactions, and so on, are challenging issues that will continue to need the world's brightest minds, a significant amount of resource and a myriad of strategies. The mobile phone is not a magic bullet to eradicate poverty or the issues that exist in impoverished households.

But, the mobile phone in emerging markets, is unequivocally the most valuable tool for the economic advancement of the poor. The mobile phone is an infrastructure which has given the poor access to the services they need to create a more promising tomorrow.

mLearning: A Platform for Educational Opportunities at the Base of the Pyramid, GSMA, 2010.