Changes to the business environment are forcing companies to look for ways to become significantly more efficient and more accessible to ...

Cliff Evans
Business management and operation
Save to my profile

Changes to the business environment are forcing companies to look for ways to become significantly more efficient and more accessible to their customers, suppliers, and shareholders. Cliff Evans thinks the service-based operating model is the solution. 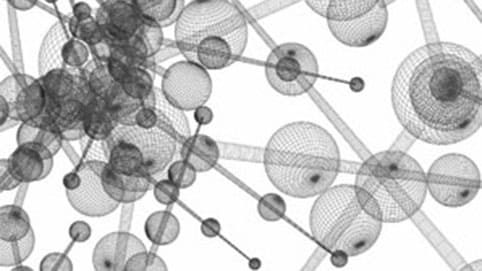 The business environment has changed dramatically in the past few years in terms both of technology itself and of attitudes to technology. As a result, it has become possible to rethink a business as a set of services instead of the traditional functional hierarchy (Figure 1). What we call the “service-based operating model” allows a business to make itself more accessible to its customers and partners, to standardize on best practice, and to cut costs by eliminating unnecessary or duplicated activity, among other benefits.

It may seem easier for smaller, more agile, businesses to contemplate the move to a servicebased operating model, but in fact several leading corporations have already taken up the challenge and achieved multimillion-pound benefits. British pharmaceutical giant GlaxoSmithKline, for example, has adopted a service-based model for R&D, which has helped it increase the volume of products in its pipeline by between 70 per cent and 100 per cent depending on the development stage. The US energy and utility company, TXU, has reduced its operating costs by 30 per cent by outsourcing a number of functions as shared service centres. Despite the successes of early adopters, the majority of large corporations have yet to embrace the opportunity represented by the service-based operating model. What is stopping them from achieving similar change? Mostly, the barriers are imaginary. We have a natural tendency to allow our solutions to be constrained by current organisational boundaries, whether these boundaries are geographical, functional or inter-organisational.

Some other misperceptions also obstruct change. Organisations underestimate the benefits, or they believe the required change is harder and more disruptive than it actually needs to be. There is some reason for their beliefs in the form of well-publicised failures. In most cases, however, these examples date back a few years, often to the time of the “dotcom revolution” – a time when technology was less affordable and customers less sophisticated and less techno-literate. Other attempts have gone wrong because they tried to achieve change while sticking closely to traditional organisational structures. In order to remain competitive, organisations need to exploit current technological and business possibilities fully so as to become more efficient and more accessible to their customers. But to do so, they must transcend obstructive organisational boundaries.

The service-based operating model The solution to this seemingly intractable problem is to rethink the business as a set of services, which can be combined in different ways. By a “service”, we mean a specific job that one entity can perform for another. The method of accessing a service is tightly defined, as are the outputs from a service. This means that anyone can be given access to the service; they do not have to worry about who is performing the service, what organisation they work for, or how they are going to do it.