As the traditional lines of hierarchy blur, today’s search for a valuable mentor requires alternative thinking.

Anna Johnston
Psychology Women Opinion
Save to my profile

As the traditional lines of hierarchy blur, today’s search for a valuable mentor requires alternative thinking. 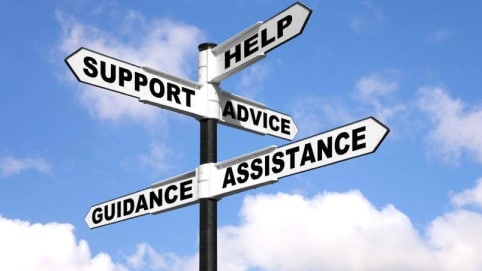 When paying homage to mentoring in 2014, Sir Richard Branson said that a great guide was the missing link between a promising businessperson and a successful one. The need for an inspirational figure remains as strong today as it was when Branson launched Virgin Atlantic in 1984. Looking back, Branson credits airline entrepreneur Sir Freddie Laker for giving him “invaluable advice and guidance” while setting up the business.


Having an advisor is as important now as it ever was. But in today’s corporate world, people should look beyond the workplace to find a mentor. Generation Y executives are tackling the traditional barriers to success that existed when Branson and Laker worked together, such as a linear business hierarchy. They are also less willing to spend a decade or more at the same company, making it crucial to find an advisor who isn’t part of the same organisation.

Last year Adam Kingl, Director of Learning Solutions, London Business School, surveyed Gen Y executives from 33 countries and revealed that 90 per cent of the group plan to spend less than five years with an employer.  Furthermore, Kingl says that based on current trends, Generation X will likely have seven to eight jobs in their lifetime, whereas Gen Y will have 15 to 16.  It's small wonder then that people seeking a broader business perspective are now looking beyond their workplace for a mentor.

An essential part of achieving the most from mentoring is finding the right match. Before deciding whom your mentor should be, consider what you want to achieve from the relationship. Whether it’s to change career direction, climb the ladder in your company or simply to become a better manager, clarifying your goal is paramount. And if you feel a magnetic pull, make sure your mentor can draw you closer to your end goal.

Knowing where to begin when searching for a mentor is challenging, so consider starting somewhere outside your existing network. Isabel Fernandez-Mateo, Associate Professor of Strategy and Entrepreneurship, says that to be successful, you need to constantly generate new ideas and challenge the belief that it’s not what you know but who.

Professor Fernandez-Mateo points to a well-known sociological finding from Structural Holes: Social Structure of Competition – you get the best ideas and advice from people outside your own network. To explain, she proffers two scenarios. 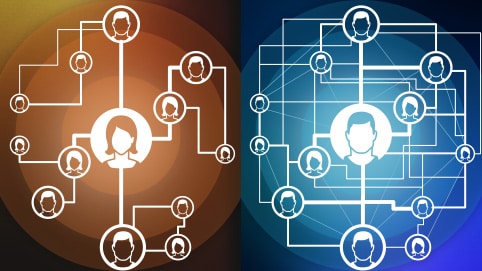 The first involves Bob, who only has connections from the same network. The second network, belonging to Julia, has the same number of connections, but from different business groups or industries. Professor Fernandez-Mateo says that when asked to pick the better network, most people will choose Bob’s, but they are wrong: Julia’s has more ‘disconnections’ who offer fresh perspectives.


“Unexpected connections know different things,” she says. “If they know each other, they talk about the same things.” The upshot is that people with ‘disconnected’ networks are better placed to find a mentor who can offer a completely new outlook. Professor Fernandez-Mateo takes the study ‘Structural Holes and Good Ideas’ by Ronald S. Burt, University of Chicago to further explain. At one of America’s largest electronics companies, 673 supply chain managers were surveyed and the results show that managers with a network such as Julia’s will likely have better ideas and create more value, while also seeing a positive impact on their career success. Professor Fernandez-Mateo says: “Get out of your comfort zone and put yourself at risk of making unconnected contacts.”

At London Business School’s 2015 Women in Business (WIB) Conference, 45 per cent of survey respondents said that the opportunity to establish and maintain networks would be the biggest enabler in meeting their career goals.

Chitra Stern MBA2000, founder of Martinhal – a luxury resort based in Portugal – and speaker at WIB, understands the importance of having a network when you go it alone. Her advice is to develop existing relationships to get ahead. “Networking is a very important aspect of business life at work. Choose carefully the people you develop friendships with and keep developing your relationship with them to get where you want to be.” She also emphasises the importance of visualising your objective and nurturing the relationship with a mentor within your network who is willing to help you achieve your goal.

Everyone – whether they’re famous, successful or just starting out in business – can learn from role models and mentors. Take Time Magazine’s list of the 100 most influential people; each entry was written by an authoritative and highly-respected person in their own right. Facebook’s COO Sheryl Sandberg wrote that “Beyonce doesn't just sit at the table, she builds a better one”, while Christine Lagarde, Managing Director of the International Monetary Fund, referred to American economist Janet Yellen as “captain of the US economy”.

Being an entrepreneur and mother gives Stern insight into what it takes to be a role model. But who inspired her? Stern says that she was encouraged to become an entrepreneur in her mid-20s, after reading Anita Roddick by the eponymous founder of Body Shop. Stern was moved by Roddick’s battle to give women in business more prominence at a time when men held all the top jobs.

Other role models in Stern’s life could be found closer to home. “Mentoring for me has been a lifelong process,” she says. “It started with my father and mother mentoring me as a child. They worked together in our family business, which instilled in me an ambitious work ethic.” According to Stern, understanding why you admire certain people is important. Role models are powerful figures to learn from and can be found anywhere.

Headhunt in your firm

All employees want to feel valued, empowered, and engaged in their work; an in-house mentor can help to achieve those feelings. Finding someone senior who can guide you will help you develop in your current organisation. “A senior mentor in the company can give you wise advice – you will have the opportunity to impress them on a one-to-one basis and, equally importantly, they will have you in mind when a relevant position becomes available,” says Nikki King, keynote speaker and chairwoman of Isuzu Truck UK Ltd.

For King, in a male-dominated trucking industry, a mentor can be likened to a sponsor.  Often though, you must make a distinction between the two. Rebecca Desman founding member of Deutsche Bank NY’s Women’s Network and Managing Director at the bank now based in London, offers her view: “A mentor helps to refine your goal and a sponsor helps to achieve it.”

Desman, a mentor herself, explains: “It is really important to be in touch with the value you add and with your skillset.” Finding a mentor within your firm has tangible benefits, she adds. “Know exactly how you’re perceived by your peers, and by your leader, and try to close that gap.” She explains that the gap between people’s perception of you and the actual value you bring to a company is often sizable: to close it, you need feedback. “Getting feedback can be the hardest part of securing your next-level job. If you don’t have that crisp and honest feedback, it can be a huge hindrance to your growth and ability to change perceptions and move forward.”

Revisit your goals when choosing your mentor: for women looking to get ahead in a male-dominated industry, choose a man – and vice versa. However, gender isn’t important if you require a mentor with specific experience or knowledge to achieve your goal. “Whether they’re a man or a woman and their business background aren’t important,” she says. “The crucial thing is that “they are in a position to leverage their networks and propel you to your next phase in your career”.

Today, women account for 8.6 per cent of all executive roles in FTSE 100 companies, which is an all-time high compared with 5.5 per cent in 2011. Although an increase, the pool of senior women in a position to mentor others remains significantly fewer than men. At WIB, 15 per cent of attendees said that inspiring women in c-suite roles would help them to meet their career goals. “Women like me have an obligation to encourage other women into business,” says King, who mentors women. Recast your bias and think hard about whether gender is a true factor in your search for a mentor.

The concept of a mentor who guides you for your entire career is outdated. In a fast-paced working environment and multi-faceted society, people now have several advisors. Professor Fernandez-Mateo emphasises the need for ‘fresh perspectives’, while Marianne Abib-Pech, founder of LeadTheFuture, agrees.

“Corporates live with the perception of what was happening 40 years ago,” Abib-Pech says. I’m absolutely a fan of reverse mentoring, which is critical if you want your company to survive in the new world.” Reverse mentoring shifts the responsibility from the most senior to the most knowledgeable (and often to the youngest team member). It helps organisational leaders understand, for example advances in technology and changing customer habits. Indeed, a Millennial can teach a senior executive to embrace new technology and advise them on changing systems, social media and digital trends.

People have an innate need to feel inspired, but mentoring moves beyond that. Having the right advisor on board can help you establish and achieve your goals – just ask Sir Richard Branson.