Making an impact with mobile technology

The future role of mobile phones in changing the world and a blueprint for what needs to change to make this reality. 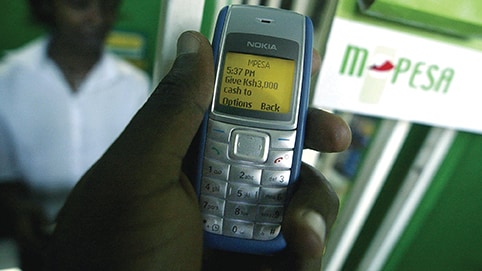 The story of mobile phones as a force for good is akin to that of a child prodigy who has somehow not reached the heights anticipated. Among proponents of mobiles, there is a sense of pride in what has been achieved. But there is also a sense of unfulfilled hopes. At this point, there are too few commercially viable applications – beyond basic voice and SMS -- that also demonstrably do good. The same success stories – incredible as they are – are repeated time and again.  “Where are the next M-Pesas?” asked one telco executive we interviewed. Innovations that promise to transform the future seem perpetually stuck just there – in the future.

The obstacles we noted here in Part One, while daunting and systemic, are not insurmountable. With these as background, we next present our recommendations for impact at scale.

Articulate a grander vision: Leaders who share an interest in economically sustainable solutions to challenges confronting humanity have a responsibility to offer a grander vision than they currently do of the role that technologies, such as those involving mobiles, can play in solving these challenges. As growth in hitherto core products stalls, as industries converge, and as companies seek out developing countries to fulfil their growth ambitions, a more sweeping vision might also offer commercial benefits.

For example, M-Pesa was initially seen by many in telecoms and in banking as being too far from their core. But M-Pesa helped its Kenyan parent, Safaricom, to dramatically reduce customer churn and increase market share in voice and data services. It is now being used to enable everything from solar lighting (see “Let there be light”, page XX) to clean water. To a casual observer, a service that offers clean water in rural Kenyan villages might not appear core to Safaricom’s operations. “Is it really core to Safaricom?” we asked Michael Joseph, former CEO of Safaricom. “It is core, of course it's core,” was his vehement response. “Anybody who wants to get water in their village must be a Safaricom customer. They can't be a KenCell customer or a Bharti customer, they must be a Safaricom customer. That's the thing: you want everybody to have a Safaricom phone. They can't use Orange money for this product, they can only use M-Pesa.”

A grander vision of the core can also offer several other benefits. First, it has the virtue of being a motivator to innovators within organisations. As one executive we interviewed emphasised: “You have to have the passion at the CEO level; unless you have that you're doomed.”

Second, a grander vision could offer companies a much more central role in the lives of their customers, and a much broader footprint in the delivery of valuable services. Qualcomm Vice President Don Jones uses the case of Walgreens, the pharmacy chain in the United States, to make this point. “If Walgreens can get us hooked through its prescription app on smartphones then what comes next? I think the way to look at this is this is Walgreens’ Trojan Horse for its additional services. Walgreens happens to be a very large operator of nurse practitioner staffed clinics at their stores, so you could easily see them saying: would you like an appointment at one of our clinics? Would you like to speak to our pharmacist? They’re moving their pharmacists from behind the counter to make them more consultative in nature.

As a retailer, it’s going to be a question of thinking much more deeply about workflow and how it drives the business model. What you’re beginning to see is the retailer starting to displace some of the relatively mundane services in health care delivery from the traditional provider group.”

Look outside for new talent: As industries mature, they tend to become more insular. For example, many of the decision makers who drive investments and priorities in the world of mobiles today can trace the successes in their formative years to a period when telecommunications was a fairly independent business with few direct links other industries.

Today, harnessing the full power of mobiles to do good requires executives who can conjure up new business models that transcend traditional industry boundaries. Tomorrow’s decision makers should be comfortable straddling industries. Recruitment policies and merger and acquisition plans should reflect this imperative.

Recommendation 2: Aggregate, consolidate, and coordinate across projects, pilots, and platforms.

The history of technology evolution indicates that the early years of new and discontinuous technologies are characterised by an era of ferment, when ideas, companies, and users manoeuver for support and traction. The era of ferment is one of extensive experimentation, intense learning, and widespread failure. This era ends with a period of consolidation and shakeouts, and the emergence of a few dominant designs. Mobiles appear to be in an era of ferment, and the very generality that gives mobiles their potential for scale and scope and makes them so exciting also ensures that the ferment is substantial and eye-catching.

But impact at scale will involve consolidation. Consolidation will require substantial investments in platforms and the creation of pervasive standards. But, as Wellcome Trust’s Ted Bianco observes: “It’s about time that there was a consideration of how everyone will gain from some form of standard platform, some form of common portal, that gives the user the greatest access to a plethora of different information sources.”


We recommend the following steps:

To do good in a manner that is economically sustainable requires innovation breakthroughs: in products and services, in processes, in platforms, and business models. It requires incumbent players to be nimble, risk-taking, nurturing, open, and patient. It requires innovators to have the resources to invest substantial amounts now for an often uncertain and distant payoff.

Although the world of mobiles has many unique features, research suggests that the drivers of innovation in this sector are not particularly different from those in other sectors. Innovative organisations – whether large or small, public or private, local or global – tend to share a set of attitudes and practices that we call “cultural universals”.  Many companies in the mobile world have structures, such as new venture divisions, that enjoy autonomy and privileged resources and incentives. Government organisations and non-profits might also benefit from similar structures.

Even so, some recommendations are particularly salient to mobiles for good:

Second, they engage in discovery-oriented experiments. There should be a greater tolerance for failure and experimentation within organisations. As Duncan Learmouth, Senior Vice President at GlaxoSmithKline framed it: “You have to be prepared to kiss a lot of frogs in this business.” Experiments could initially be small and self-contained. They should ideally be conducted in the field, and should be oriented toward discovery.

Mobiles cannot have an impact through mobile phones alone. Governments and their private sector partners should ensure that the basic infrastructure exists to enable the full impact of mobiles. Such infrastructure includes:

Create a central coordinating agency for mobile applications: Such an agency could help manage and improve the regulatory framework for applications that involve multiple regulatory regimes.

Promote incubation services for applications in priority areas:  Though governments may not themselves be involved in running incubators, they can help with initial funding, and in coordinating with universities, entrepreneurs, NGOs, and private sector partners to nurture an ecosystem of mobile applications in areas that have the greatest opportunity for social impact.

Serve as an aggregator of demand for innovative services: Governments are often among the largest buyers and users of communications services., governments can increase efficiency and promote the take off of standards by serving as an “anchor tenant” for services that offer a compelling social benefit.

Serve as a supplier of data for value added services to citizens: Services that offer weather information to farmers and fishermen benefit from accurate, timely, and easy to access information from weather agencies. Simply providing such information from government agencies via a standard applications programming interface can help create an ecosystem of commercial service providers, and offer immense value to citizens.

Recommendation 5: Strengthen the evidence base for user demand, commercial viability, and social impact

There is a great deal to be gained from more rigorous, micro-level studies of the impact of mobiles. Such studies will not only be able to assess the areas of greatest impact, but can also offer valuable commercial insights.

A promising recent trend is data philanthropy, which involves private corporations taking the initiative to anonymise (strip out all personal information from) data sets that they have collected during the course of doing business, and providing this data to academics, government agencies, research organisations, or social innovators more generally to mine the data for insights.

Some data philanthropy efforts are long-term, and involve many teams. An example is the recent initiative by Orange and several partners to make 2.5 billion anonymised records of five million mobile phone users in Côte d'Ivoire available for analysis by research teams from around the world. The goal of the Orange initiative is to encourage researchers to use four datasets of anonymised call patterns to help address questions and issues related to society and international development. Researchers will have access to the datasets so that they can analyse and compare it with other types of data, such as GDP or weather data, to find valuable correlations and insights.

Governments and funding agencies should insist on rigorous assessments of what works and what doesn’t. Too often, impact assessment is seen as a box-checking exercise and a chore by recipients of grants targeted for social impact. A certain percentage of each grant could be earmarked for outcome assessment.

Academic researchers can also play a more central role in outcome assessment. Although the literature on economic and social development is vast, our review highlights serious limitations (noted earlier) in the existing literature on the impact of mobiles for good. Academic institutions can serve as platforms to connect researchers with an interest in social and economic development with policy makers, commercial entities, funding agencies, and NGOs from the world of mobiles.

What we have at the moment in the mobile world is a glittering patchwork of initiatives, ideas, groundbreaking technology and far sighted innovators.  The gathering of protagonists and technology is hugely impressive and powerful.

But, moving forward an array of new resources and capabilities need to be developed and utilised.  The prizes on offer are truly glittering: opportunities to tackle some of the world’s most intractable problems and to play a central role in the development of some of the world’s poorest economies.  The mobile future must be seized.

This special report was done in association with the Vodafone Foundation.