With huge illiteracy rates and prohibition from many activities, Afghanistan's womem were effectively ecoomically disenfranchises under ...

With huge illiteracy rates and prohibition from many activities, Afghanistan's womem were effectively ecoomically disenfranchises under the Talilban. 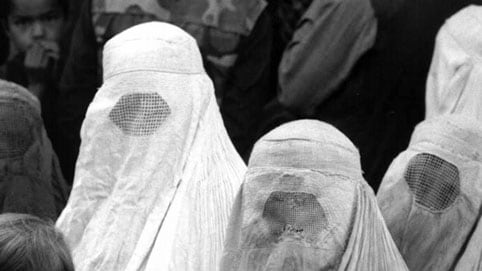 Mina Shorzoy returned to Afghanistan from over 20 years of exile, saw the situation at first hand and resolved to make a difference. Stuart Crainer talker to her in Kabul.

Mina Sherzoy’s story begins in 1979. At age 18 she was visiting her father in Czechoslovakia, where he was the ambassador for Afghanistan, when the Russian army invaded their home country. Unwilling to return to Russian control, the Sherzoy family left Prague by train and headed first to Frankfurt – then London – then Raleigh, North Carolina – and, finally, California. For the next 23 years, Mina Sherzoy lived the Californian dream. She raised a family and worked in a drugstore, as a secretary of an attorney, as a systems analyst and as a real estate agent selling luxury properties.

In 2002 all this changed. In February 2002 Mina and Sondra Meyrose of the San Francisco Friends of Afghanistan left Fremont, California, on the 36-hour trip to their homeland by way of Texas, London, Dubai, and Islamabad. They arrived armed with blankets, medicine, and medical equipment to ease the suffering in the wrecked country that was once their home.

The visit changed Mina Sherzoy’s life. “I came for three weeks to check things out and, because I left when I was 18, I wanted to see what I had left behind.” The Kabul of Sherzoy’s memory had tree-lined boulevards and people-filled bazaars. The post-Taliban reality was devastatingly different. After arriving, she stopped at the American Embassy for security registration. “When I was filling out the forms, I went outside and I saw this little boy. It was very cold, which is normal for Kabul in late February. This little boy in ragged, dusty clothes was shining the shoes of 20 or so Afghanis. I saw that and my heart broke because I didn’t expect it. It just changed my mind right there. I said to myself: I have two daughters who have graduated from high school; they know how to read and write; they have a good life; they are self-sufficient; they are on their feet. These people need me more. So that’s what made me change my mind. I’ve been here since then.”

The journey from selling California real estate to the decay of downtown Kabul is a difficult one. Sherzoy argues that the leap is not so intimidating. She makes easy links between her past and present lives. “What helped me was my experience. I was a successful businesswoman. I had worked in real estate and as a private investment consultant. All of this meant I had to deal with all kinds of people all day long, from morning to night. I was a closer, I was a negotiator. And I did a lot of marketing; so I’ve done all of these things, and I had over 20 years of experience. This is what I brought here.“