M-KOPA: Let there be light

M-KOPA, a small start-up in Kenya, is combining mobile phone know-how with the latest solar technology.

Stuart Crainer
Strategy and entrepreneurship
Save to my profile
M-KOPA, a small start-up in Kenya, is combining mobile phone know-how with the latest solar technology, providing a beacon of hope for millions of people around the world looking forward to a brighter future. 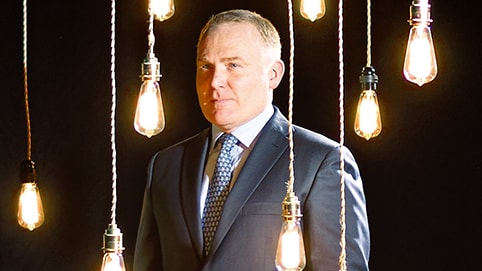 Many of us take electric lighting for granted. Flick a switch, and the world is illuminated. For millions of people as the sun sinks below the horizon, their lives disappear into the flickering shadows cast by a kerosene lamp. Kerosene is the poor cousin of electrical lighting. Frequently, it is costly, inefficient, dim and dangerous.

According to Lighting Africa, a joint World Bank-IFC programme launched in September 2007, some 1.6 billion people globally do not have access to a public electricity facility. In Africa, for example, the number of people who are off-grid is about 600 million, or 60 per cent of the population. That includes about ten million micro-enterprises.

With no access to electricity it is kerosene that powers the lamps, lighting up the lives of many of the world’s poorest people. But kerosene has a number of drawbacks. It is expensive. Off-grid African households spend $4.4 billion per year on kerosene; just over 50 per cent of their spend. Kerosene is dangerous. Many of the archaic lamps are a fire hazard, making burn injuries more likely. Cheap kerosene lamps also produce particulate matter that contributes to indoor air pollution, which in turn contributes to over two million deaths a year globally.

Solar technology looks set to change this situation, however. Solar panels, light emitting diodes and rechargeable batteries with various recharging options including hand cranking, are likely to transform the way millions of people at the bottom of the pyramid light their homes. A huge improvement on kerosene lamps, solar powered lighting is cleaner, more efficient, and over the long-term, cheaper.

London Business School MBA and M-Pesa champion, Nick Hughes, is one of the co-founders of M-KOPA.

What makes M-KOPA Solar such a revolutionary service is not just the solar technology; although the company does use the latest innovative solar technology to deliver the light. The most telling innovation, though, is the way that M-KOPA transforms the consumer’s desire to own the solar technology into a reality, through the way it structures and enables payment.

Hughes used his considerable expertise in innovating around mobile technology to create transformative, affordable products for poorly served markets, in order to design a solution that met the challenge of delivering electric light to homes in rural Kenya.

Customers pay a small upfront charge for their M-KOPA solar home lighting kit, which consists of three lights, produced by social enterprise d.light, and a mobile solar charger. They then pay the balance in instalments using mobile money via M-Pesa. The flexibility afforded by the mobile phone payment system means that customers can pay for usage at their own rate and according to their cash availability. Says Hughes: “We have seen a tremendous response from customers because they save money when using this service. We get real-time insight into peoples’ purchasing behaviour with many customers paying ‘ahead of schedule’ to accelerate towards owning the system outright. We also have the huge benefit of using machine-to-machine communications to monitor the lighting system performance remotely. This allows us to modify and improve design based on real usage data.”

The initial customer pilot of M-KOPA in the Rift Valley, Kenya, was a success. From there it was a fairly short route to market. More research was conducted to test and prove the scalability of both consumer and enterprise-based models.

Further funding was obtained, including African Enterprise Challenge Fund investment for renewable energy services — M-KOPA was one of 25 winners from the more than 300 East African companies that applied. Then, in June 2012, M-KOPA began its full-scale commercial launch, working in partnership with Safaricom, the Kenyan mobile network operator.

The future for M-KOPA seems a bright one. The company offers a simple, but very effective market solution that meets the needs of millions of people at the bottom of the pyramid. The demand is there, the consumer product solution is there, and the magic is in the innovative mobile payments solution that links the two. While several other organisations are now getting involved in off-grid solar lighting solutions, one company is lighting the way — M-KOPA.