Life in the spotlight can be lonely

Although people often seek power in the pursuit of feeling loved and valued, the powerful often find true love elusive.

Ena Inesi
Leadership Organisational behaviour
Save to my profile

Power can be isolating.  Although people often seek power in the pursuit of feeling loved and valued, the powerful often find true love elusive. The moment a subordinate or fan tries to get close may be the very moment in which power-holders become cynical of others, and this can heavily impact relationship development. 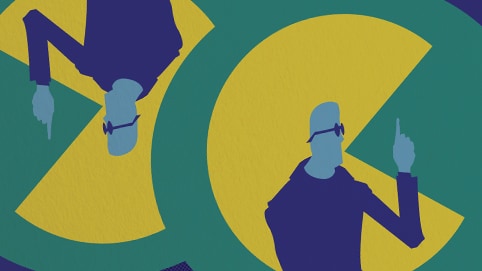 Exploring how power corrupts relationships, alongside co-authors Deborah Gruenfeld of the Stanford Graduate School of Business and Adam Galinsky of the Kellogg School of Management at Northwestern University, I explored this phenomenon. We found that power creates doubt about the motives behind the kind acts of others. As a result, power-holders may become cynical of seemingly altruistic gestures, a cynicism that prevents them from engaging in relationship building behaviours.

Our study suggests that a person’s celebrity status, while enviable to others, can be a curse in many ways.

Celebrities and the powerful are attractive targets for those who seek their friendship for more instrumental purposes; one’s star status produces a power-induced scepticism. This doubt prompts the question: Are they interested in me or only want access to my power? Do they love me or my celebrity?

Famous singers, movie stars and even first-time Oscar winners may find themselves in this dilemma. As a result, even kind acts offered with the purest of motives can be questioned by the powerful, diminishing the potential for closeness.

As we write in our paper, “…without this ambiguity, kind acts produce benevolent attributions that inspire trust, encourage reciprocity and build stronger relationships. With this ambiguity, a vicious cycle ensues: the cynical attributions for others’ kind acts ultimately taint the gestures, tarnish the response, and diminish the potential for true intimacy.”

Leonardo DiCaprio explained his experience of how power can be a curse: “I had better success meeting girls before Titanic…there wasn’t a perception of her talking to me for only one reason.”

While this phenomenon could be considered simply a ‘celebrity’s dilemma,’ faced only by the rich and famous, we believe it speaks to a larger dynamic that springs from the psychological consequences of power.

Isolation at the top of an organisation

We also find this phenomenon applies to life in business. Individuals who hold a commanding role can find the deluge of admirers to be isolating. This isolation can stem from a lack of trust and reciprocity of those surrounding you.

Findings from an online study investigated how power affects responses to favours. The results revealed that individuals who received favours from a subordinate versus an equal-powered peer reported less trust and a lower desire to reciprocate the favour. Another study showed that this effect of power on trust only happened after favours, but not after normal work exchanges.

Favours can be an effective relationship-building tool for those on equal power levels, our findings suggest.  However, those with pure motives should recognise that offering favours may not be the surest path to win the heart of a power-holder. These results also point to one reason that those at the top of the hierarchy may feel so isolated: their power impedes their ability to engage in the basics of relationship-building behaviours. Reciprocity and trust are key building blocks of relationship development.

Marriage can be seen as the ultimate example of relationship closeness. However, this research highlights the ways in which the relative income of spouses can bring an interesting dynamic to a marriage, possibly obstructing the path to closeness. Individuals who earned more than their spouses were more cynical about the motives driving kind acts offered by their spouse, and as a result they reported being less committed to the marriage.

Conversely those who earned the same as their spouse were more likely to trust the intentions of their spouse.  Thus, the cynicism and lack of commitment documented in business relationships can edge into marriage.

Whether in the spotlight or at the top of the career ladder, those in positions of power may doubt the purity of others’ beneficent motives and push away those close to them.  The irony is the “corrupting effect of power on relationships is specifically triggered by the very acts that typically lead to greater intimacy: favours”. Power-holders should of course be cautious of others’ motives, but keep in mind that everyone is not single-mindedly self-interested.

If you’re in a position of power, you may want to examine both your assumptions about others’ motives as well as your responses to favours offered by colleagues, friends and peers.

By being aware of this process, the powerful may give themselves a chance to find true and meaningful connections.